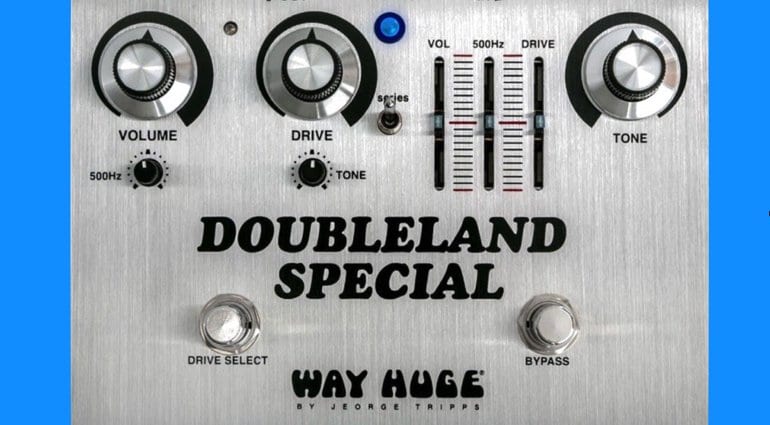 When I say ‘808’, I am of course referring to the classic green overdrive pedal circuit by Ibanez: the Tube Screamer. That infamous ‘mid hump’  drive pedal was used by no other than Stevie Ray Vaughan on all his classic recordings.

The circuit is simple as apple pie, but like every overdrive pedal, there are a few things that you need to get right. This is where Joe Bonamassa and Jeorge Tripps knocked heads and came up with the Overrated Special pedal last year, with its 500Hz cut and boost. That limited run sold out pretty fast and so this year they have doubled it. 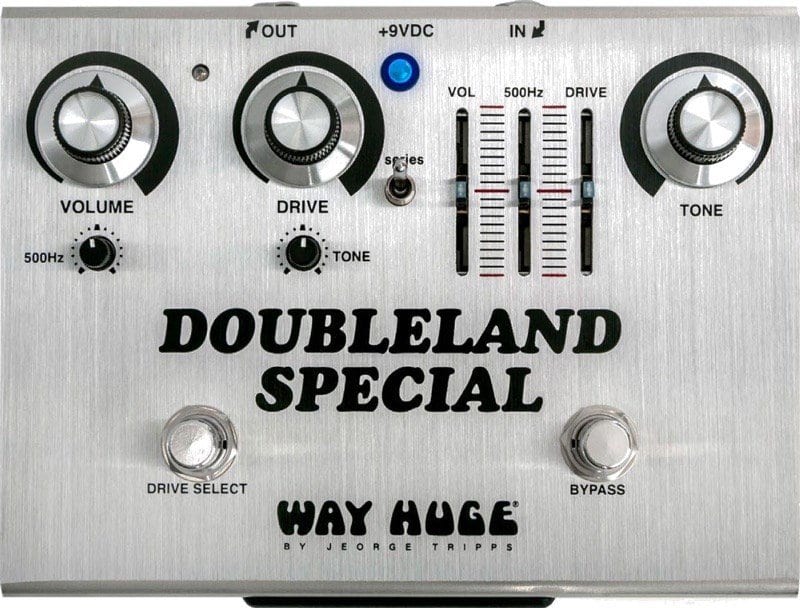 The name is a bit of an ‘in-joke’ and refers to a certain ’80s boutique US (Slingerland) guitar amplifier, which now sells for ridiculous amounts of money on the second-hand market.

Only around 1000 units are being produced worldwide and each one of them is signed by Joe Bonamassa. Just like last year’s pedal, this one should sell out pretty quickly. As the price is pretty reasonable for a boutique ‘double’ overdrive pedal, I can see them being very popular.

One side has the regular controls of the Overrated Special pedal from last year while the other side uses sliders for the same controls. There is also a ‘Series’ switch to run them one after the other to generate more dirt. In regular mode you just switch between the two sides, using the Drive Select footswitch. The pedal is also True Relay Bypass, so won’t mess with your guitar’s tone when it is not engaged.

At the time of writing, this pedal isn’t yet shown on the Way Huge website. However, there are a few basic details in the video demo below from Premier Guitar who visited the Way Huge/Dunlop booth and received a demo of this one, the MXR Carbon Copy Deluxe and some of those new Dunlop Jimi Hendrix pedals and boosts as well. Check out the video below for a peek at this intriguing new pedal.