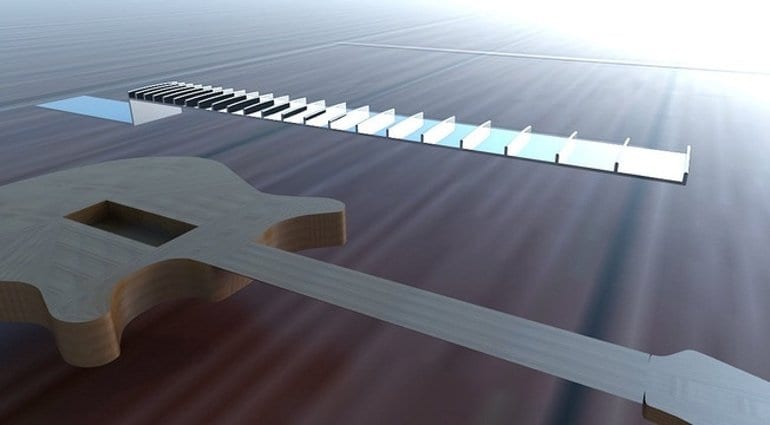 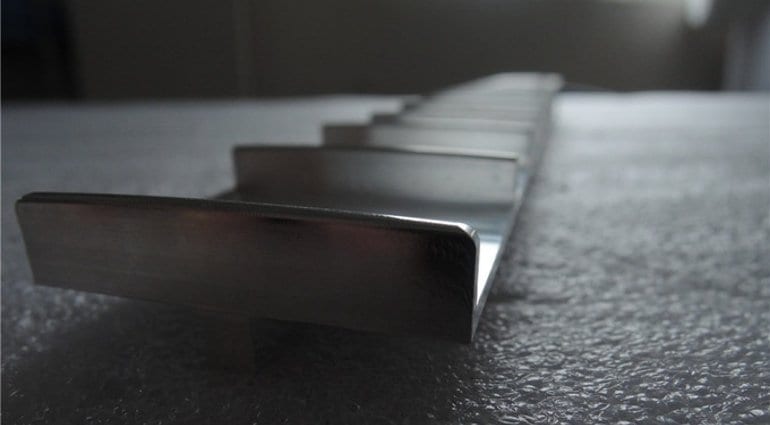 The new Subfretboard System Project is a new approach to building guitar fretboards. Its designers are now trying to raise funding via Kickstarter to get this off the ground.

So what is the Subfretboard? Basically, it’s a fingerboard, but unlike any standard guitar fretboard you’ve ever seen. Rather than a piece of wood with metal frets embedded in it, this is a long, continuous metal plate with frets placed along the neck. The gaps between frets are filled with wood.

So what’s the point? The system’s designers say the Subfretboard delivers more harmonic overtones and sustain on frequencies above 1300 Hz. The product website also states that after installing the system, “The sound has improved remarkably in balance between strings, volume and natural sustain”. The end result, the site goes on, is “absolutely satisfying”.

One disadvantage is that you must build the fretboard from the outset with this system when building a guitar. It also looks unfamiliar from the side. You no longer see only the wood and the dots of the frets, but also the side of the metal plate and the continuous frets. Plus the plate runs into the main guitar body, which needs to be taken into consideration when designing a guitar. Essentially, you need to build the whole guitar around this system.

Potentially though there is no need for a traditional truss rod as the system has enough strength to keep it straight. But I’m not convinced it will deal well with temperature changes and it has zero ability to adjust the neck relief.

Currently, the two builders from Spain are looking for supporters on Kickstarter. There will be only three guitars with the subfretboard that cost 4500 USD . There is also a case and a freely selectable guitar model. For 6000 USD the guitar is built by the luthier Javi Alonso and the name is engraved. The project is to be presented to the general public at NAMM 2020.

But, is this device worth using? On balance, I suspect not. It all looks like a bit of a pain to get up and running, if you ask me. I just can’t see this taking off in a huge way. But maybe it will find a niche in small-scale, individual guitar builds?

There are some videos embedded on the Kickstarter page to let you get an idea of what the system is all about. 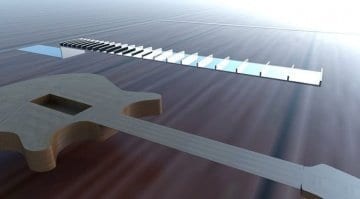 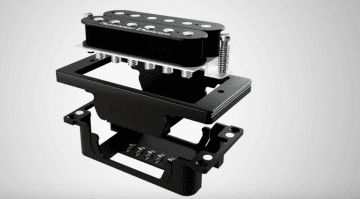 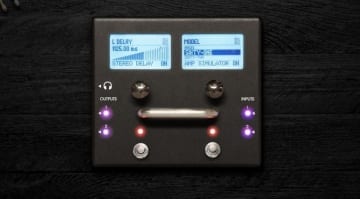 10 responses to “Subfretboard System Project: A fretboard unlike any you’ve ever seen”

Very neat idea.
Not something I would use personally but sounds cool!

And in the end when it is worn you throw the whole guitar away, or what?

Hello Jef. I am Javi Alonso, luthier who has manufactured the Subfretboard system prototype.
I think it’s a little bit daring on your part to give a firm opinion without seeing, playing, or knowing what the prototype makes you feel alive … Possibly it surprises you more than you think …
From Subfretboard System we invite you to try it whenever you want.

Hi Javi, I’m happy to try one out. Feel free to contact me via the site anytime. Cheers Jef

Hello jef I am Javi Alonso, luthier who has manufactured the Subfretboard system prototype.
I think it’s a little bit daring on your part to give a firm opinion without seeing, touching, or knowing what the prototype makes you feel alive … Possibly it surprises you more than you think …
From Subfretboard System we invite you to try it whenever you want.

This is something I would love to try out, even as a bassist. ;).

7075 or 7076 alloy ( as used in uppers and lowers of AR15’s ) wears really easily and even more so with nickel strings being drug over it: I would think. Won’t work for me. Maybe rethink your metal choice. 7075 is easy on the CNC bits, but really folks, you’re talking a soft metal fret that is for Metal stringed instrument(s) here. Even hard coat annoidizing want help but for a short while.

Although the prototype carries that alloy, and it works. YOU CAN USE ANY OTHER METAL