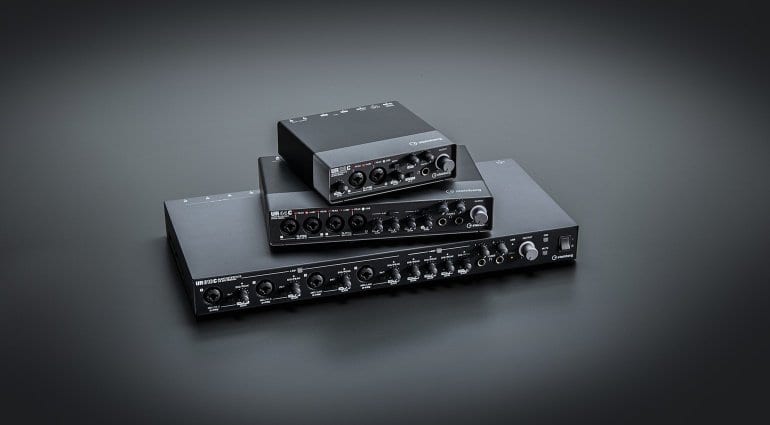 According to Steinberg, the UR22C, UR44C and UR22C Recording Pack are available now, while the rackmount UR816C will follow in November. The main difference between the URC series interfaces and their predecessors is USB-C connectivity. Focusrite has recently upgraded its popular Scarlett range to USB-C connectors, and with the latest versions, Steinberg’s interfaces are following suit. The UR22C, UR44C and UR816C feature USB Type-C (USB 3.1 Gen 1 SuperSpeed) ports and are compatible with Windows and Mac computers, as well as iOS devices. The maximum audio resolution has also been increased to 32 bit / 192 kHz. 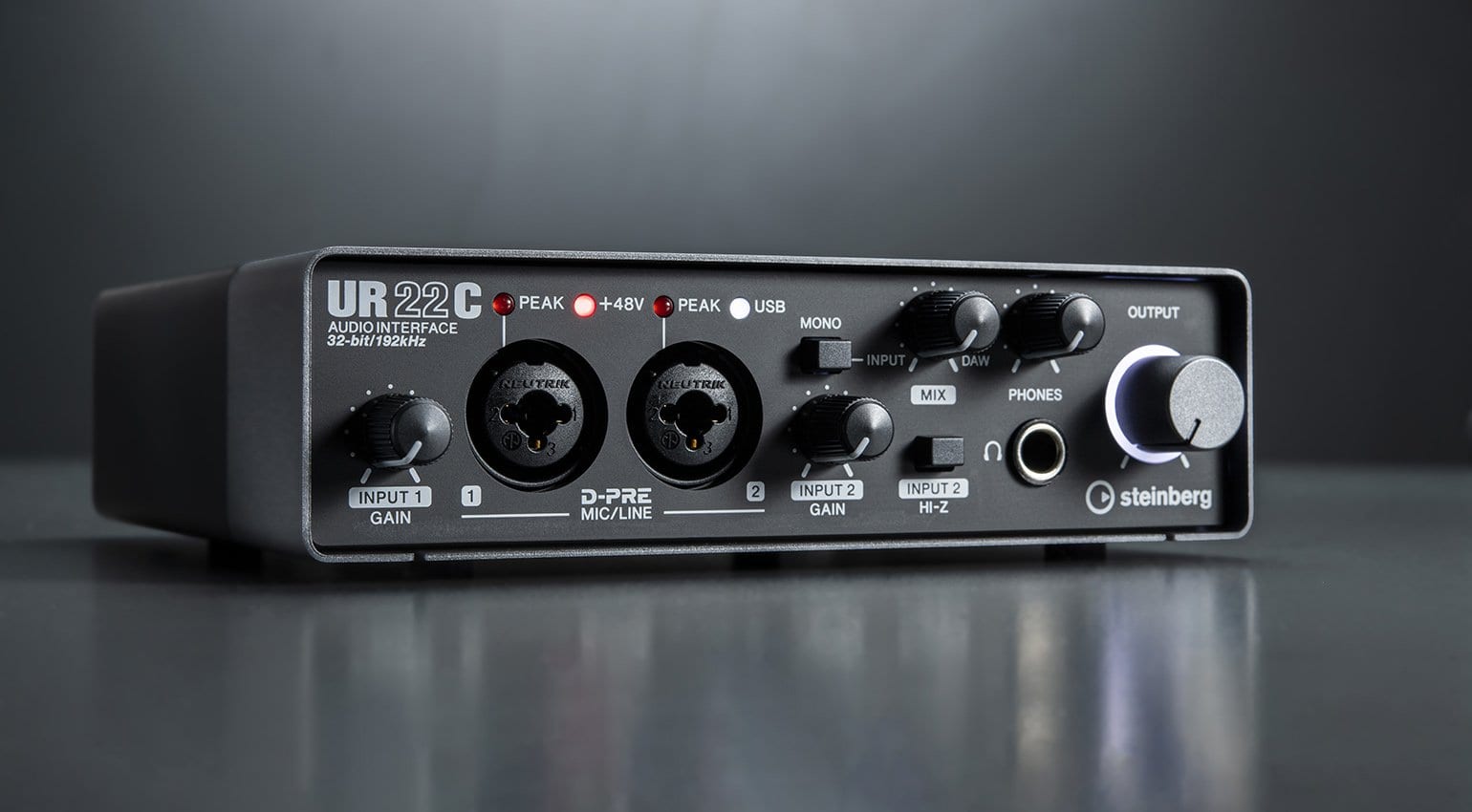 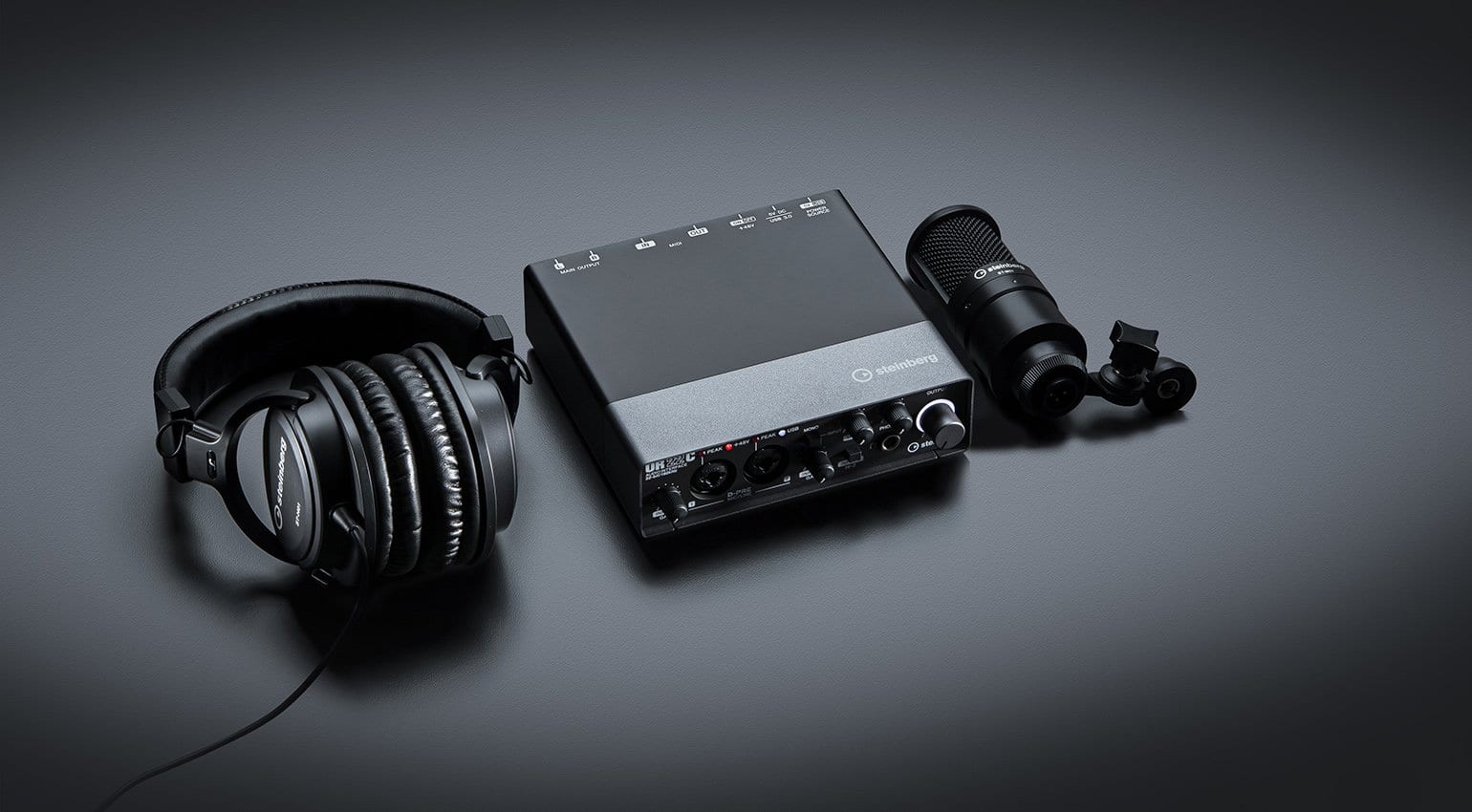 The smallest of the URC series interfaces features two XLR / TRS combo inputs with D-PRE microphone preamps, and two main outputs. The inputs deliver phantom power and can also be used as Hi-Z instrument inputs. The UR22C features latency-free monitoring, for which there is a monitor mix knob and mono switch on the front panel. The integrated DSP provides reverb, channel strip and guitar amp effects for monitoring. These effects are also included in VST and AU formats. The UR22C also has MIDI in/out.

The UR22C is also available in the UR22C Recording Pack. In addition to the interface, the bundle includes the ST-M01 condenser microphone with cable, and the ST-H01 monitor headphones. That’s a nice package to get you started, and an alternative to the Presonus AudioBox 96 Studio and similar bundles in this price range. 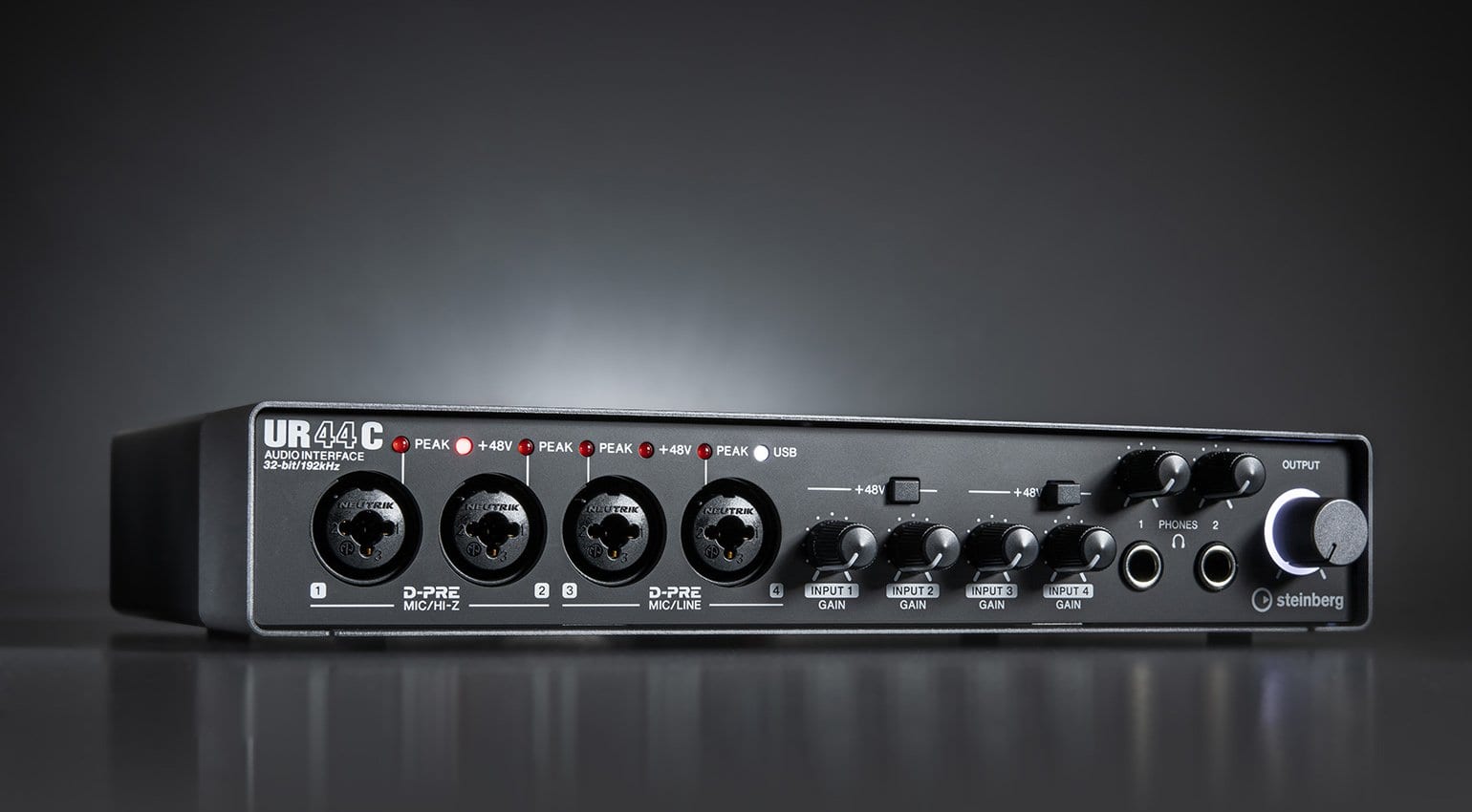 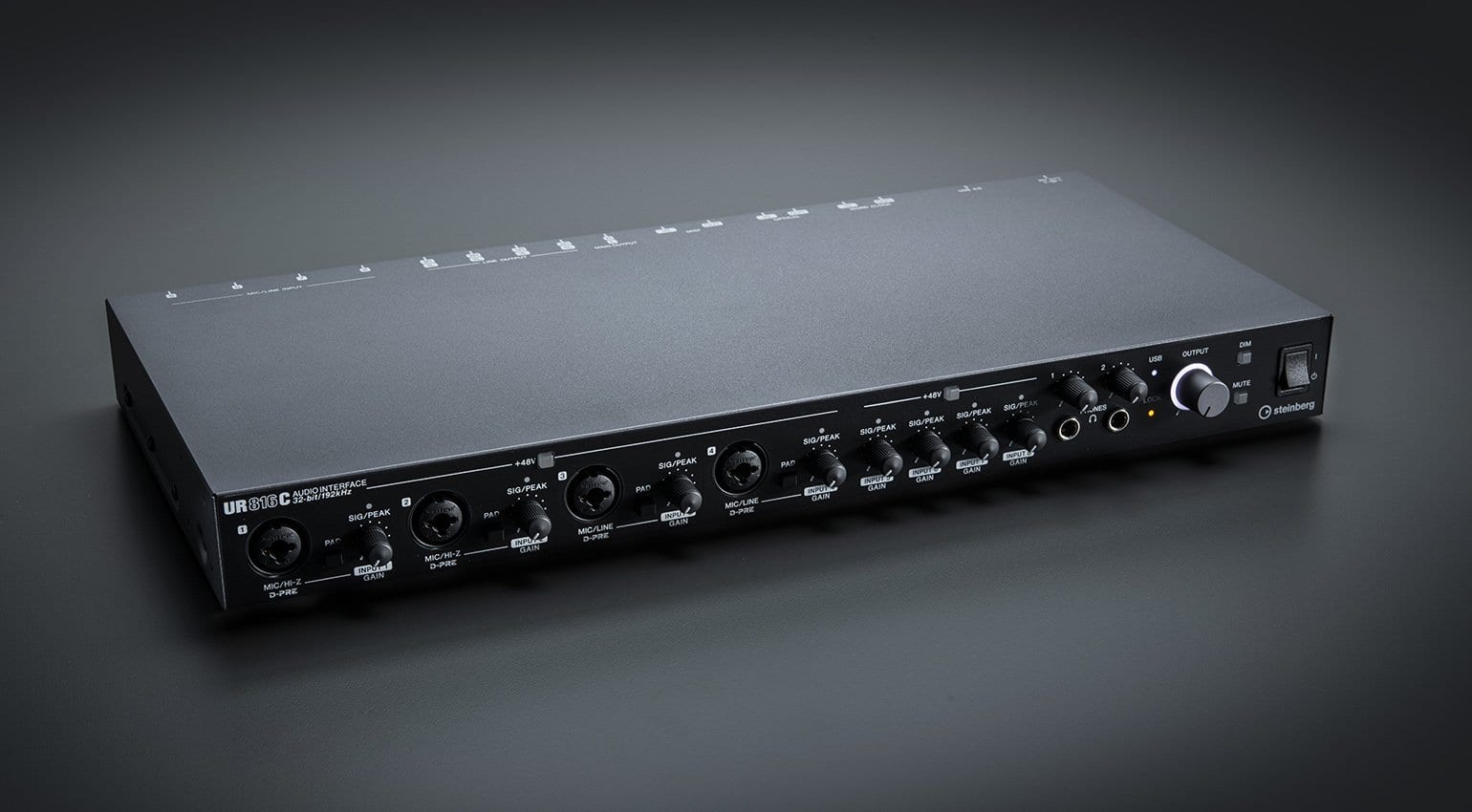 If you need more ins and outs, the UR44C features four mic/line/instrument combo inputs with D-PRE preamps, four TRS line outputs and two main outputs. The interface also adds a second headphone output with a separate volume control. The other features are the same as on the UR22C: Latency-free monitoring, DSP effects and MIDI in/out.

Steinberg has announced the following suggested retail prices for the URC series interfaces. The prices include German VAT.