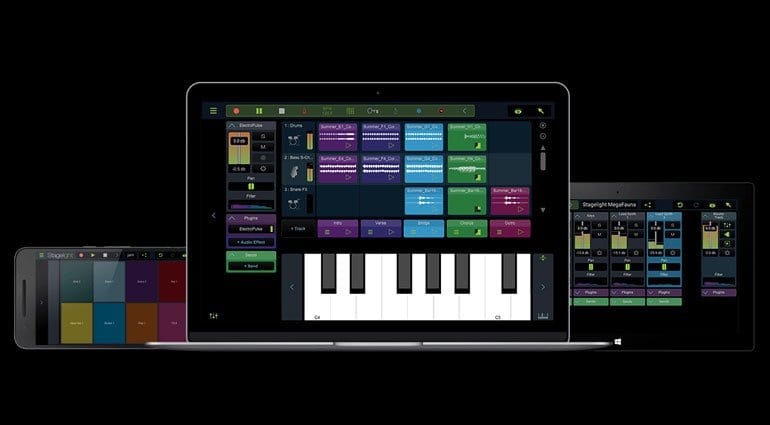 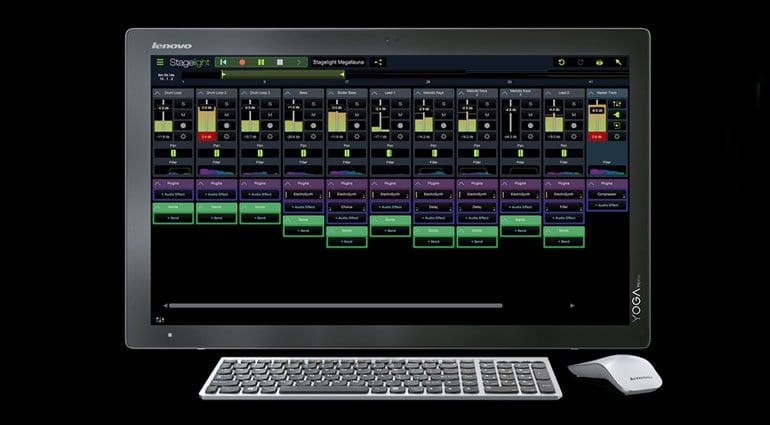 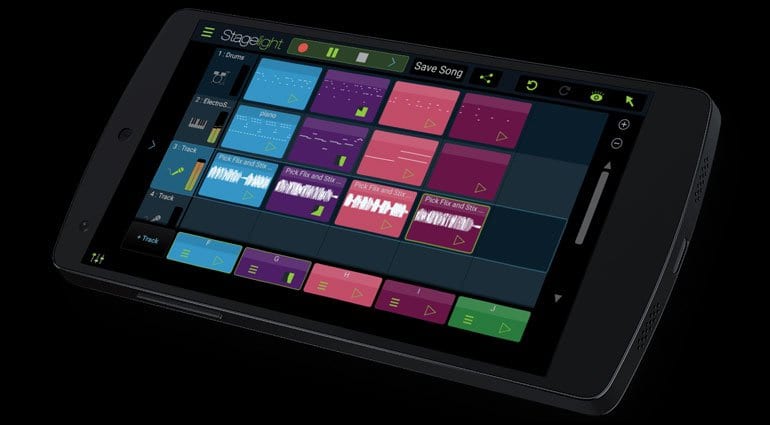 A month ago I reported on the public beta of the new version of Stagelight. Today sees the official release of version 3 for Windows, Android and OS X.

I’ve been a user of Stagelight for a long time. It was one of the first fully formed music making apps that worked with touch on Windows. It’s simple, bright, clear and easy to use. It does so many things right in terms of design and touch implementation. However there were areas of simplicity that would push you towards other software when you hit those limitations. With version 3 many of those things have been addressed.

Probably the least exciting new feature unless you a user who desperately needs to transfer songs! You can now create a project on one device and open again on another. Whether that’s mobile or desktop, Android, OS X or Windows you can all share the same project.

A staple of most other DAWs is the ability to freeze a virtual instrument track in order to free up processing power for more music making. Stagelight 3 allows you to freeze individual tracks or the whole project and unfreeze again.

This is the one missing feature that annoyed me the most. The mixing functionality was right there in Stagelight but you could only see one channel at a time along side the editor. Putting all those channels together into one nice big console was a complete no-brainer of an idea. And here it is. With the mixer has come the idea of sends and Stagelight has unlimited send channels. The fader resolution and metering has been upgraded and it also shows you all your plug-ins along with the integrated filter. It looks fabulous and is exactly what I’ve been after.

Stagelight 3 is OS X compatible for the first time. It’s completely usable with a mouse and keyboard and so you don’t need to add touch technology to your Mac to use it.

Stagelight has three levels of entry. The free one is available on Windows only and includes enough stuff to try out the software and make music. It focuses on the performance/loop view and doesn’t have the timeline view. The Desktop Core version includes more instruments and sound packs along with an expanded mixer and timeline view. This is the standard version for $9.99 on OS X or Windows and for a limited time they’ll throw in an Android core version for free. The Ultimate version gives you licenses for every platform and beefs up the sample packs and gives you all of their instruments and effects plus VST/AU support. For $49.99 it’s quite a jump but then you do get everything.

Maybe if you’re an Android user depressed by Jef’s scathing article about making music on that platform it might be worth giving Stagelight a go.

I’m a fan, particularly if you are running a touch screen on any kind of device. You should give it a try. 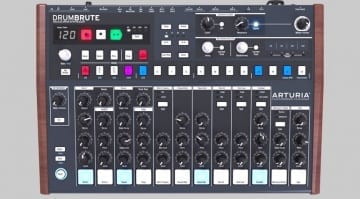