Softube has announced the third addition to its Weiss line-up of hardware emulations — the Weiss Deess. This is a de-esser which combines algorithms ported from Weiss’ DS1-MK3 digital hardware de-esser with a modern interface.

Softube has a lot of confidence in this product, stating that it simply makes the material run through it sound better. The original hardware is highly coveted in pro audio circles, and knowing Softube, they likely managed a very accurate recreation.

Weiss Deess is being sold for USD 199 (currently USD 179 until the end of May), or as part of the Weiss DS1-MK3 collection. It’s also a free upgrade for owners of the DS1-MK3 limiter and de-esser. Deess is the cheaper option for a de-esser if you don’t fancy paying USD 500 for the DS1-MK3, which is a more powerful plug-in that combines compression, limiting, and de-essing.

Here’s a ‘demo’ video (read Softube promotional tool). But it does show you the Deess in action. 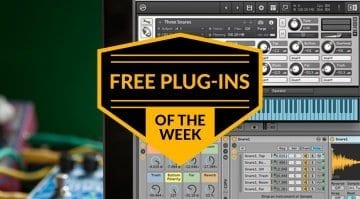