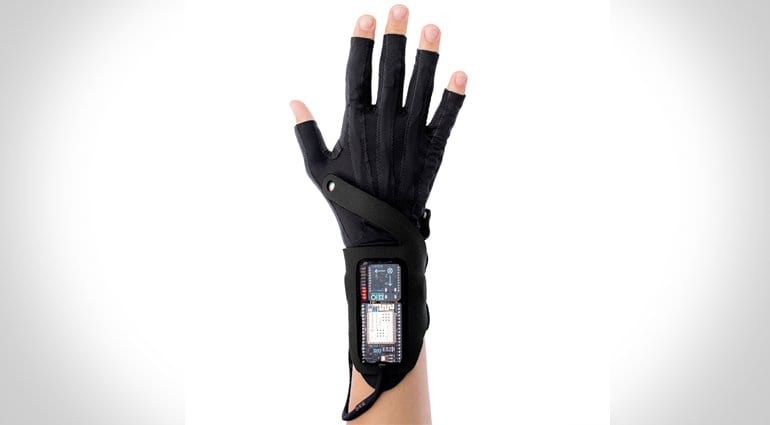 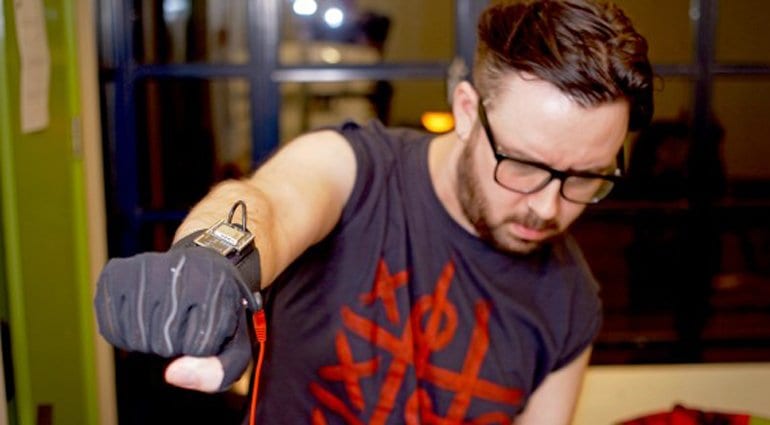 So, I’m going to start a very brief column for industry news, people who deserve a mention or anything which catches my interest that I want to share with you. First up, I thought I’d report on a special event which I was involved with last night. Some very talented musician friends of mine (Penniless Cove) were supporting Kris Haplin and Imogen Heap at a very special show in London.

Kris Haplin from Winter Of 82 is a disabled musician, who commented on his condition: “It threatened to rob me of my musicianship, and performing live has been increasingly difficult – however, I knew when Drake Music introduced me to Imogen Heap and the team at Mi.Mu that the gloves could give it me back.”

Mi.Mu Gloves is a company made up of musicians, scientists, ex-NASA researchers and engineers. The gloves track your movements which can then be programmed as MIDI triggers to create your performance. Founding Director, Imogen Heap, felt she needed to develop something which allowed her to feel free and express her music, without the confines of a mouse and keyboard. She continues to pioneer the gloves having had success in producing a single with the Mi.Mu’s as seen below.

The gloves, now almost at their public release stage, are the perfect tool for aiding musicians with limited mobility, or for anyone with moblity-related disability that wants to get into music. Although this application wasn’t the designers’ primary goal, it does offer a distinct benefit for an additional group of people. Supported by Attitude is Everything and Drake Music, Kris is the first disabled musician to perform with the gloves. It was also Imogen Heap’s first performance with someone else wearing gloves at the same time.

I haven’t seen an example like this of such advanced music tech aiding people with a disability in a way that is so free and expressive. The technology can learn anyone’s movement, apparently, with a great deal of accuracy. This adds a high level of control and a performance factor which I can see providing endless possibilities and opportunities.

For more information about this incredible story, check out the article on Disability Horizons: http://disabilityhorizons.com/2016/01/attitude-is-everything-introducing-gloves-to-revolutionise-disability-and-music/

Here’s the web site for the gloves: http://mimugloves.com

Here’s a link to Attitude is Everything: http://www.attitudeiseverything.org.uk

Want to see the gloves in action? Here’s the YouTube video of Imogen Heap’s single ‘Me The Machine’, which first brought the gloves into the public eye:

…and another YouTube video of a TEDxCERN presentation by Imogen Heap: