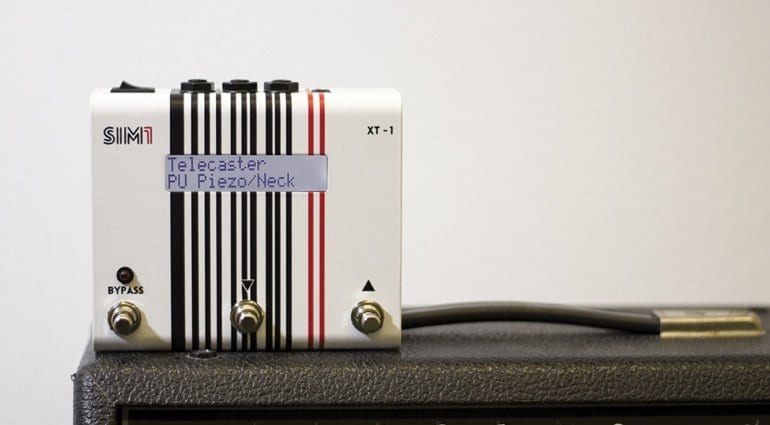 Sim1 XT-1 pedal models guitars and allows you to simulate them with your own guitar  ·  Source: Sim1

Guitar modelling is, of course,  not a new concept. However, when someone claims to make a pedal that can make “every” guitar “every” other, it’s something new. At least as far as we know. XT-1 is a new effect pedal by Sim1, and is deisgned to work with both electric and acoustic guitars. Is this too good to be true?

This unit was shown earlier this year at Musikmesse 2017. Then all went quiet and it totally slid off the radar. Sim1 aims to re-launch the XT-1 is at NAMM 2018. So what’s this thing all about?

The XT-1 learns your guitar after a minute or two of you playing some scales and chords at it. Then you just take one of the 12 factory presets from other guitars and, voilá! A completely different guitar sound. I suppose there’s probably an EQ and perhaps some dynamic tool at work, such as a transient shaper, perhaps. The conversion is done at 48 or 96 kHz and produces no latency (delay) in the calculation.

From the factory, the XT-1 includes a Gibson Les Paul Custom 1973, Musicman Axis, Fender Telecaster 1964 or acoustic guitars like the Martin D35 or a Gibson J200. Using USB or WiFi and a special smartphone app (iOS or Android) you can change the presets and buy new ones. Sounds like a solid concept to me. If it does work seamlessly then it could be a fantastic tool for musicians looking to cover a lot of ground live or in the studio, especially if you are on a restricted budget and cannot afford to lug around lots of different guitars.

Will this new product be a cure for GAS? I doubt that, but it does look really useful and also nice and easy to use as well, so I like the concept.

The XT-1 will be shown at NAMM 2018. Pricing has not yet been officially confirmed, though. 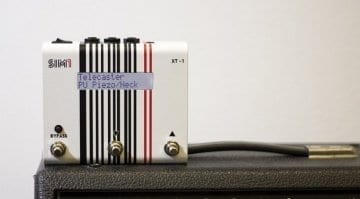 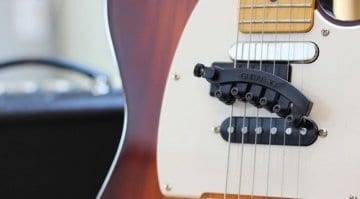 Guitar Jo – Make your guitar sound like a banjo!