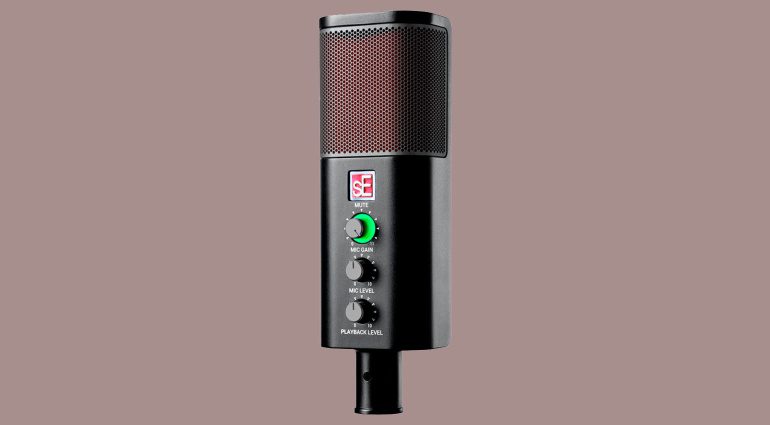 sE Electronics has introduced the NEOM USB condenser microphone for podcasting, streaming, and music production. The NEOM USB is compatible with desktop computers and mobile devices, and sE Electronics says that it has the lowest latency in its class.

USB microphones for content creation are all the rage, and sE Electronics wants a slice of the pie with the new NEOM USB condenser microphone. Although it’s a bit late to the party compared to most other major microphone manufacturers, the NEOM USB does offer some good-looking specs and useful features for podcasting, live streaming and music production. 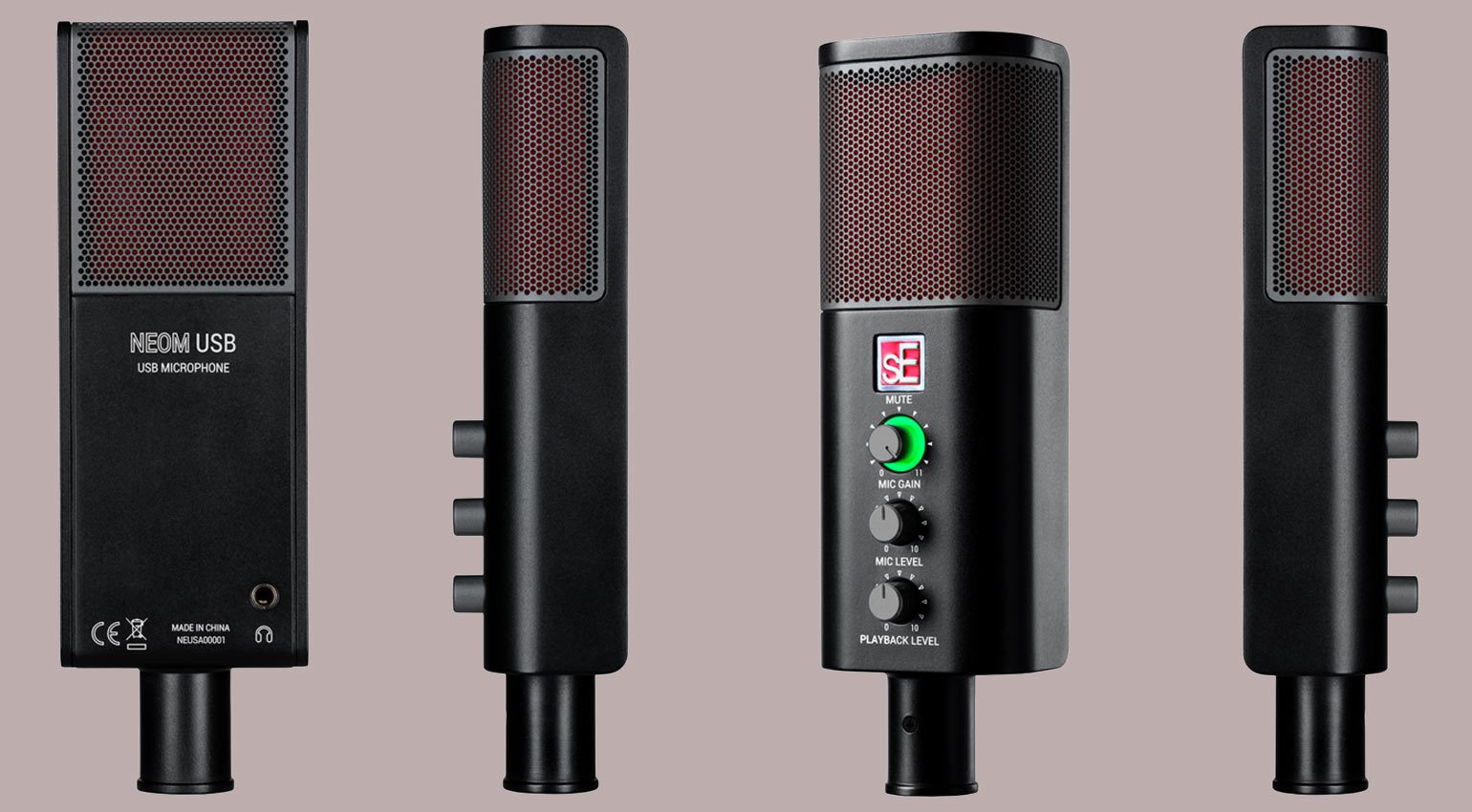 The condenser microphone connects via USB-C to desktop computers and mobile devices. According to sE Electronics, it works with Mac and Windows computers and iOS and Android devices. For Windows, the manufacturer offers a custom ASIO driver for low-latency performance, virtual mixing and advanced control options.

The NEOM USB features a cardioid polar pattern, which helps to block out background noise. It records at up to 192 kHz and 24 bit, with a frequency response of 20 Hz to 20 kHz.

There’s a trio of knobs on the front panel for playback level, microphone level, and microphone gain. This lets you create a custom monitor mix, which is supplied via the headphone output on the back. The gain knob is equipped with input level LEDs. There’s also a mute button, which is handy for video conferences. 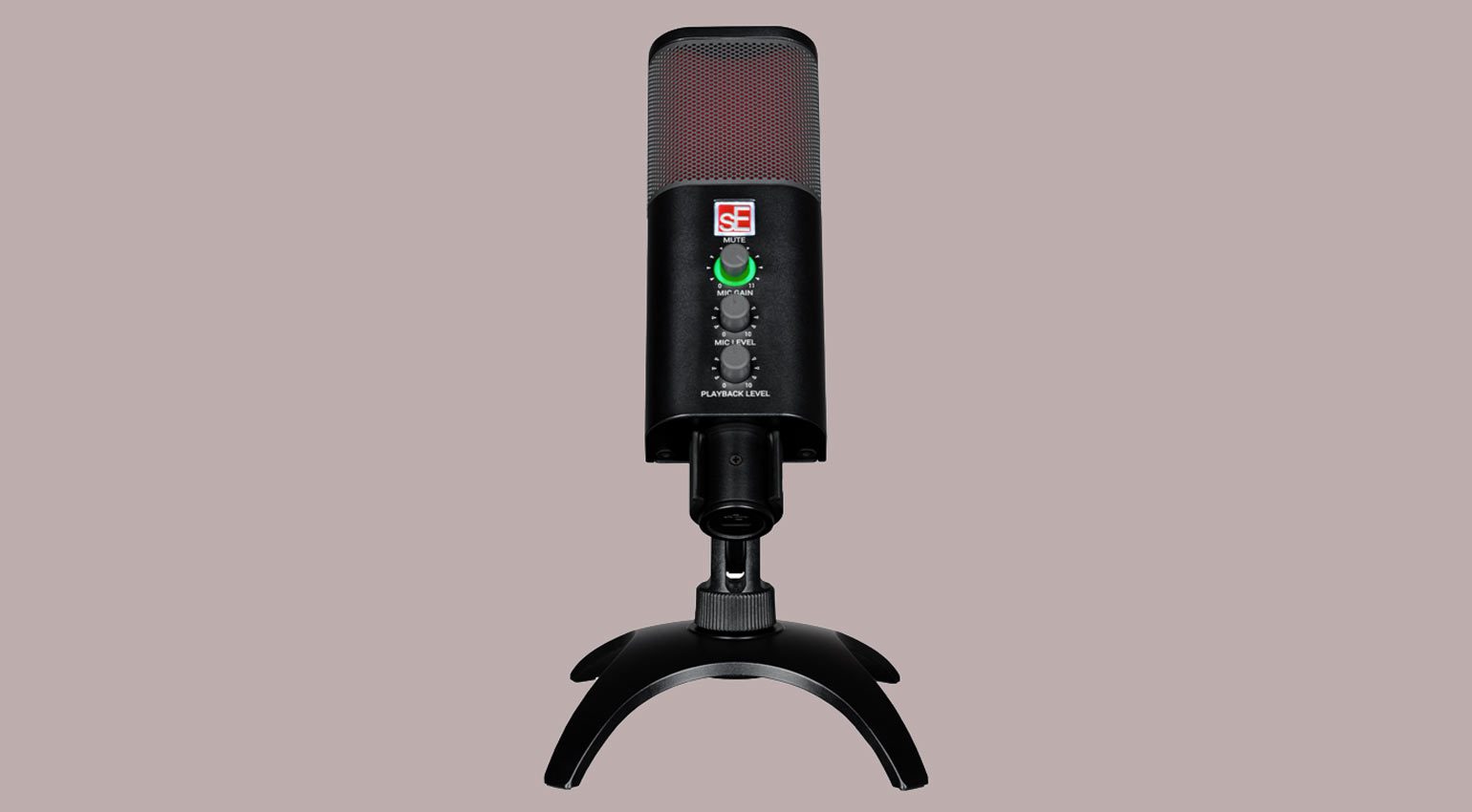 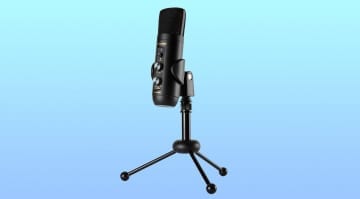