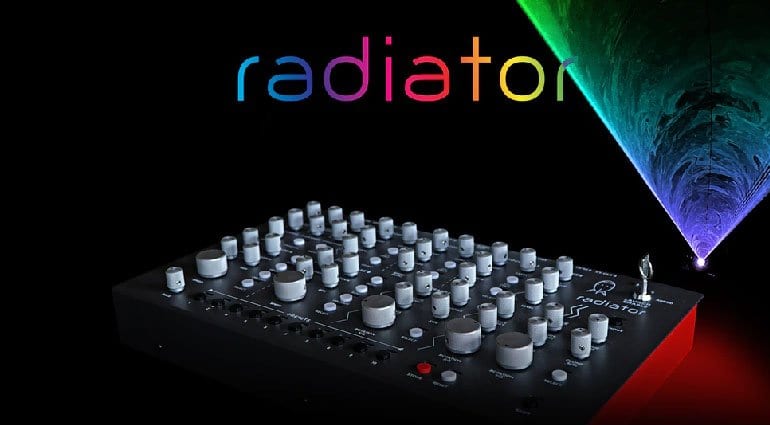 I hadn’t expected to want to become a laserist but now I do. Radiator is a laser synthesizer that could zap your live performances into a sci-fi future.

I know what you’re thinking: lasers are all a bit passé, sort of fun in a 1980s dry-ice kind of way, but they are like disco lights that you set going and forget about. Surely all the cool stuff is to do with video loops and projectors? That’s what I thought until I came across Radiator. Developers Neon Captain say that laser shows can be awesome and used to be amazing back in the 1970s but computerisation destroyed them as a performance art. Radiator aims to put that control and creativity back into the hands of artists who want to explore the magical science of laser art.

After checking out some of example visuals I can honestly say that this looks amazing. I can absolutely see it being a useful side to a live performance. And rather than spending hours looking for the perfect video loop you can create visuals on-the-fly in the same sort of way you’d create sound on a synthesizer. Lasers don’t need focusing, they don’t need screens, they can project onto anything and in 3 dimensions.

The desktop box looks every bit like a sound synthesizer with knobs and buttons, generators and modulators. You start off with Shape Generators, starting with sine waves and building wave patterns from there. You can also import your own shapes and line-art animations. Then you can cycle through colours, evolving hues and patterns through one another in the Colour Generator. The Transformer will push your 2D shapes into 3D shapes with depth, motion and rotation. A Clones section creates copies like a kaleidoscope or a grid that can be moved dynamically. And then comes the Modulators. There are three Modulators and they can affect the parameters of any other section. They can get stuck into brightness or fade, hue or rotation, zoom and position. You can also use MIDI and CV inputs as modulators and sync the whole show to your laptop or sequencer which could get very interesting indeed. At the end of the chain is a Master section that deals with overall brightness and a handy blackout kill switch. It also has a safety interlock key so that no one can play with your lasers when you’ve popped to the bar to get a drink.

At the bottom of Radiator is a row of 10 Preset buttons, but the unit can store thousands which are easily recallable. There’s an integrated LCD screen (that’s not on the current photographs) that will preview the laser output before putting it live. So you can browse through your presets and settings without affecting the output until you’re ready.

The only thing missing is the laser projector itself. Sadly Radiator doesn’t come with one integrated into the back somewhere. This is a major hurdle as laser projectors are quite expensive and require a certain amount of paperwork to be used legally. But this is getting easier and cheaper all the time. Ultimately what you need is an ILDA-compliant laser projector which has a DB-25 connector to transfer data between Radiator and the projector. Neon Captain are doing a bundle deal (US and Canada only) with a suitable projector which adds about $1500 to the price. They say they are working on making it compatible with smaller and cheaper USB laser projectors like the $500 LaserCube.

Have a bit of a Google I’ve discovered that there are plenty of ILDA-compliant projectors available in the UK from around £600 up to many thousands so that’s encouraging.

749 Canadian dollars will get you a Radiator ready to zap the minds of your audience. They’ve only just started and are already well on their way to hitting their goal of $80,000.

This is completely fascinating, I would love to have one. 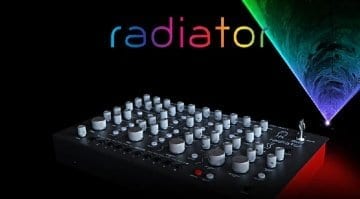 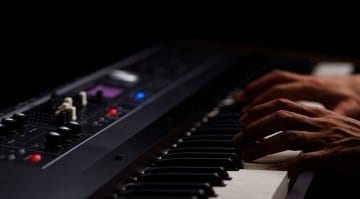 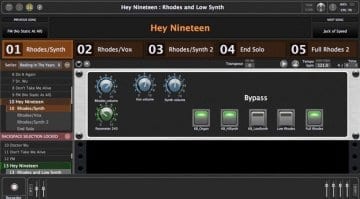 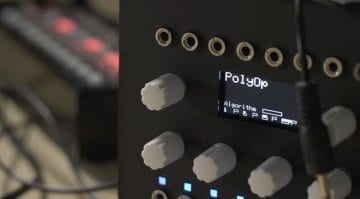