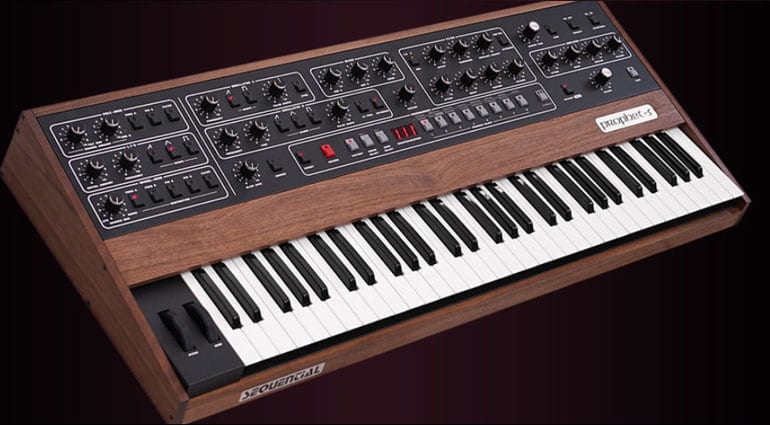 Dave Smith has discovered a problem with some of the first batch of the new Rev4 Prophet synthesizers but says they can fix it or replace it for you to make it right.

As synthesizer enthusiasts have been receiving their fabulously new Prophet-5s and Prophet-10s there’s been some concerns that something isn’t quite right when compared to the originals. A few users have been expressing their concerns to Dave Smith which has been documented in a thread on the Gearslutz forum. The gist of the problem is that there’s something wrong with the high-end frequencies. It’s not something you would necessarily notice in YouTube demos or if you weren’t personally acquainted with the original instrument – but it’s there, or rather not there.

Dave was quick to respond:

“As some users have noticed, there is a drop in high frequencies on the current units in the field. I checked into it yesterday, and I’m highly embarrassed to say that we screwed up. Short story is there are some capacitors that were not meant to be installed, but did in fact get installed, causing the frequency drop.

Yikes! Dave said that his ears have taken so much abuse at concerts over the years that he just can’t hear that high anymore and so didn’t notice the error. It sounded great to him!

Saved by whatever it takes

Obviously, Dave is mortified but their investigation has revealed that it’s only two capacitors that are getting in the way of those dog-whistle frequencies. He says that you can simply desolder them and the job is done. This may be asking a lot of users who have paid so much money for a premium instrument and so he’s also happy to replace the circuit board or the entire synth if that’s what it takes to get it fixed and restore the faith of the user.

This affects serial numbers 1 to 195 on Prophet 5s, and 1 to 159 on Prophet 10s.
I owe everyone a deep apology for this; it’s not how we normally work, and I’m really sorry this fell through the cracks. Thank you for your understanding.

The full details are contained in this post on the forum.

The originator of the discussion “cbmd” also posted some pictures of the offending capacitors. They are surface mount components which makes it that little bit trickier. 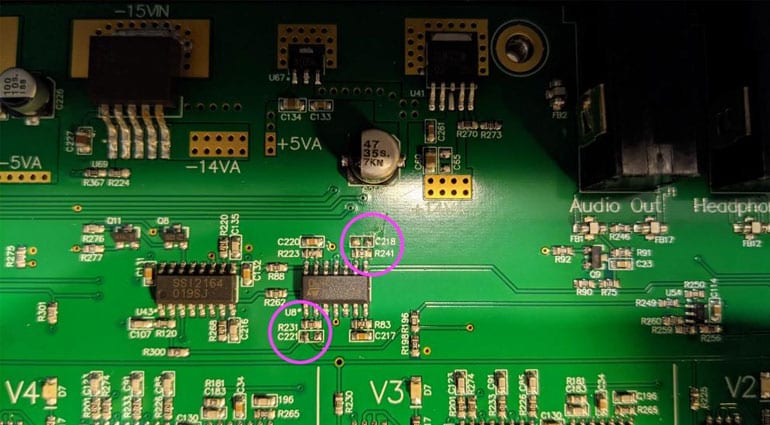 I can’t confirm whether this image is accurate so your best bet if you have one of the Prophets with a problem, is to talk to Sequential directly.

I can only imagine the disappointment early owners must be feeling and it’s one of those things that plenty of people wouldn’t have noticed but, of course, once you know then it has to be fixed. Just goes to show that manufacturing errors can happen to anyone. Massive respect to Dave Smith for offering to do what it takes to sort it out. 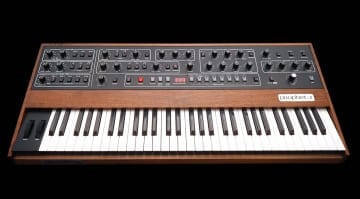 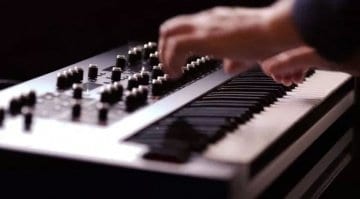 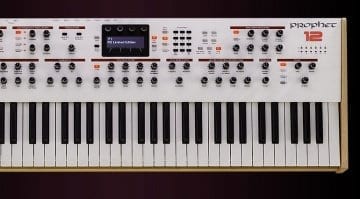 10 responses to “Prophets in peril! First run of Prophet-5 and Prophet-10 has a flaw says Sequential”

03 Dec · everybody needs a Bass station