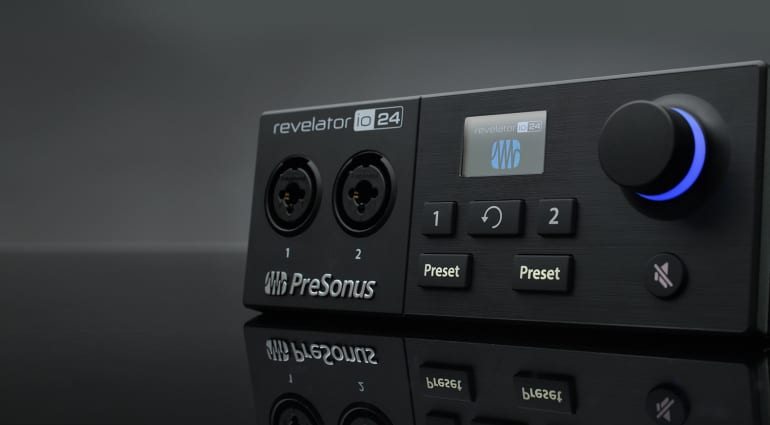 PreSonus (somewhat stealthily) launched a new audio interface – the Revelator io24. In some ways, the io24 is derivative of the manufacturer’s Revelator USB microphone, which is not a bad thing in the slightest. Although the build and sound quality don’t quite punch above its EUR 160 price tag, the Revelator is nevertheless very usable, with its intuitive audio routing software and decent built-in effects making streaming and podcasting a piece of cake. I’m sure that bringing those qualities to an interface priced in the same ballpark is a reasonable expectation from PreSonus.

The compact interface features a pair of XMAX-L mic preamps and the same onboard processing which enables easy mixing for livestreams and podcasts, as well as DSP effects derived from PreSonus’ digital mixing boards. If my experience with the Revelator is anything to go by, the software really makes it a breeze to mix live microphone and voice/video call audio with backing tracks, sounds, and anything else needed. Removing the confusion from computer audio routing like this is no small feat. I’m sure there are seasoned audio engineers out there who bashed their brains in the first few times they tried setting up a livestream or podcasting scenario all by themselves. PreSonus effectively shows that stuff is actually supposed to be easy.

Another meaningful advantage to the Revelator io24 is that the presets for the built-in effects are stored onboard. So your sounds will be available anywhere you might be taking the little fella. There’s also the remote control application for Apple, Windows and Android tablets that should come in handy.

While the front panel display is tiny, it still clues one in for input and output levels. The three buttons below it serve a preset-oriented workflow, and next to them are the headphone volume and Mute controls. The software mixer makes it possible to create a separate headphone mix, which is more than you’d expect from a novice/budget interface.

The rear panel has the USB C computer connection, MIDI In and Out, and quarter-inch connectors for the monitor and headphone outputs. The interface is bus-powered from the USB port. It records at up to 24-bit / 96kHz and the preamps offer up to 60dB of gain. Solid stuff all-around. 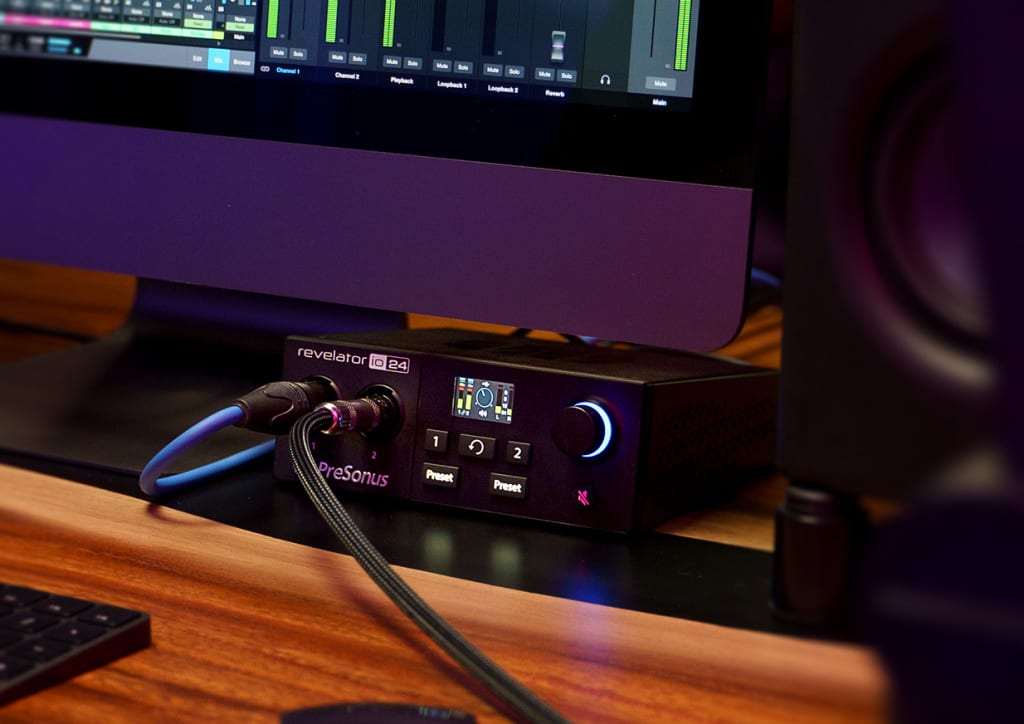 PreSonus Revelator io24 in use

The new PreSonus Revelator io24 is available for pre-order now at dealers such as Thomann, priced EUR 199 / USD 199 / GBP 173. The scope of delivery includes an USB-C cable, the Studio One Artist DAW, and the Studio Magic software bundle.

One response to “PreSonus Revelator io24: the ideal $199 audio interface for streamers?”