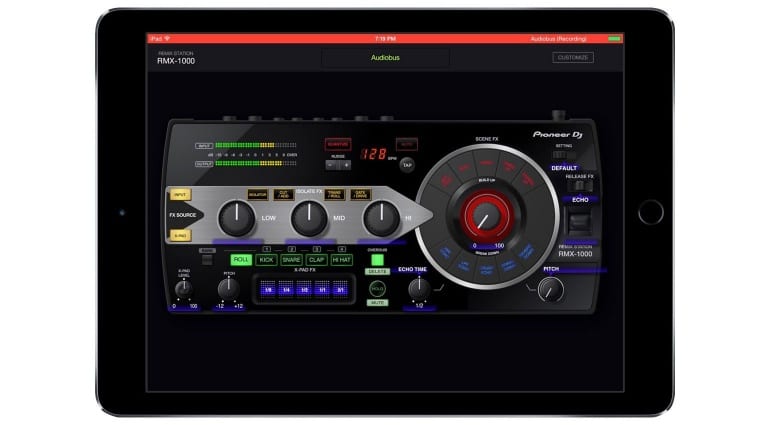 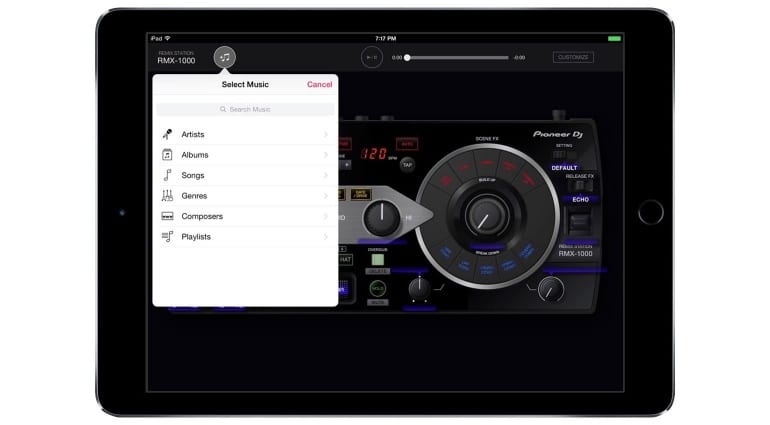 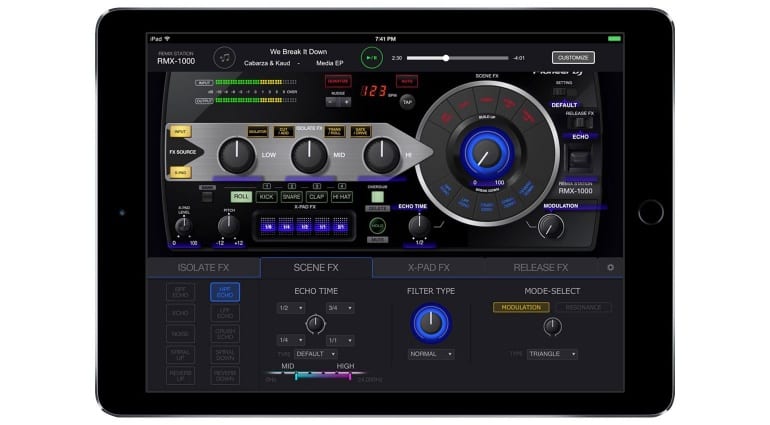 Even the mighty Pioneer has long since realized that the future of DJ’ing is at least as much software as hardware-based. True, the company still makes a ton of great DJ hardware and you’ll almost certainly be most familiar with their decks. But lots of people are using iPads now and Pioneer wants in on the action. The RMX-1000 app for iPad exactly mirrors the layout of the RMX-1000 hardware unit, which is a kind of hardware effect control surface and interface. Translated to the iPad platform, this new app lets you perform with and add effects to tracks from your iTunes library.

There are plenty of DJ apps around for the iPad but this has a slightly different take, focusing just as much on the effects-as-performance side of things, a bit like Izotope’s Stutter Edit but on your iPad. There appears to be an impressive selection of different tools on offer like backspins, vinyl brake, tempo-synced sample triggering and X-pad effect control to name but a few.

On top of that, it supports the Audiobus app (which is available separately) and the Inter-App Audio protocol built into iOS to let you route sound between apps and use RMX-1000 as an effect processor for tracks you have recorded or programmed in Garageband, Cubasis or something similar. Although this is cool, it still feels like the whole business of linking apps together inside iOS could be smoother and easier, but then that’s really down to Apple to sort out. If you were to combine this app with something fiendishly clever like MusicIO you should even be able to incorporate it into your desktop DAW setup as an effects processor without using any extra hardware. It needs an iPad Air, second generation iPad Mini or later so it is doing some pretty hefty processing, but then you’d hope that it was.

The app costs EUR 9.99 and is available now, though this will go up to EUR 19.99 after the introductory period. Grab it from the App Store.