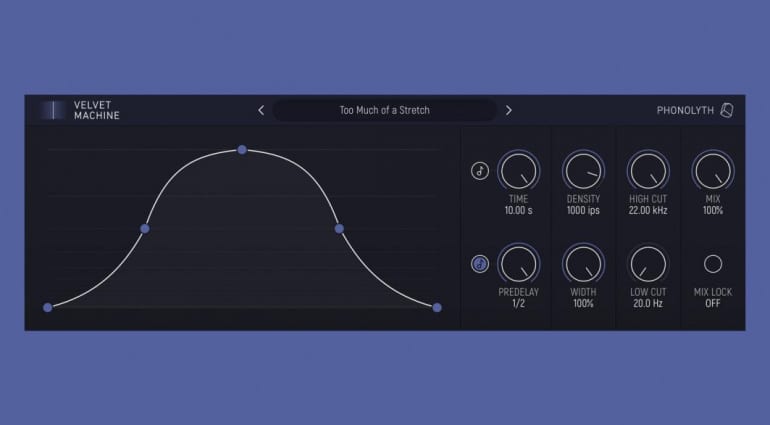 Developer Phonolyth brough its Velvet Machine plug-in for iOS to Windows and Mac machines. Phonolyth generates abstract reverberations and extremely long reverbs using impulse responses in conjunction with an envelope generator. In addition, the effect creates granular multitap delays to conjure more density in the sound. It’s also quite simple to use, and very affordable.

Velvet Machine is based on convolution technology and the proprietary “velvet noise” engine. As the sound turns to reverb washes, the textures run through a graphic envelope generator that lets you shape the volume and add movement. You can get effects such as your sounds moving backwards, pulsing, and fading in or out. In addition to time and density contorls, you also have high and low cut, predelay, width and dry / wet mix parameters. Time and pre-delay can be synchronized to the host tempo. Density generates up to 2,000 repetitions per second, which means you can also use the plug-in as a granular delay.

Velvet Machine’s graphical user interface is notably tidy and designed to be minimal. Nothing is lost in the translation from small screens to laptop and desktop displays. That’s something I genuinely like. However, the effect relies on some very intense calculations, which means you need a powerful computer or a recent Apple mobile device.

Phonolyth Velvet Machine is available from the manufacturer’s website at an introductory price of USD 16 down from USD 32. The plug-in works under Windows 8 or later and macOS 10.11 or later in AU and VST3 64-bit formats. A demo version and a PDF user manual can be downloaded from the website. As expected, several presets are included with the plug-in.

You can also buy the iOS version from the Apple App Store at half price – EUR 4.50 instead of EUR 10. It requires iOS 12.0 or later and is compatible with iPhone, iPad and iPod Touch devices. The effect is available standalone and as AUv3 plug-in. 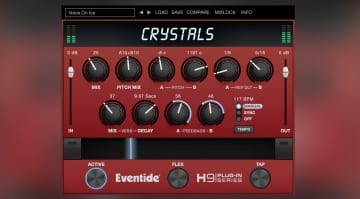 Nembrini Audio Shimmer Delay: an ambient machine for your DAW and iPad