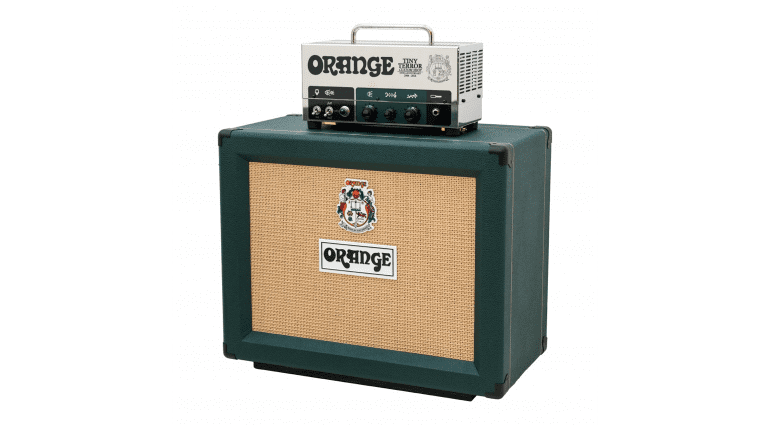 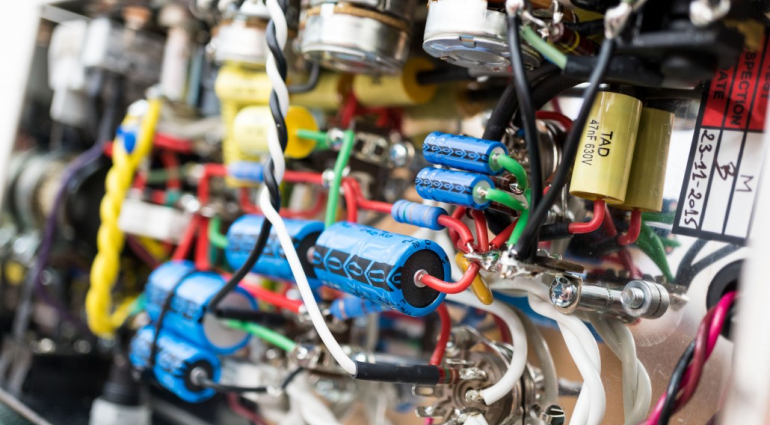 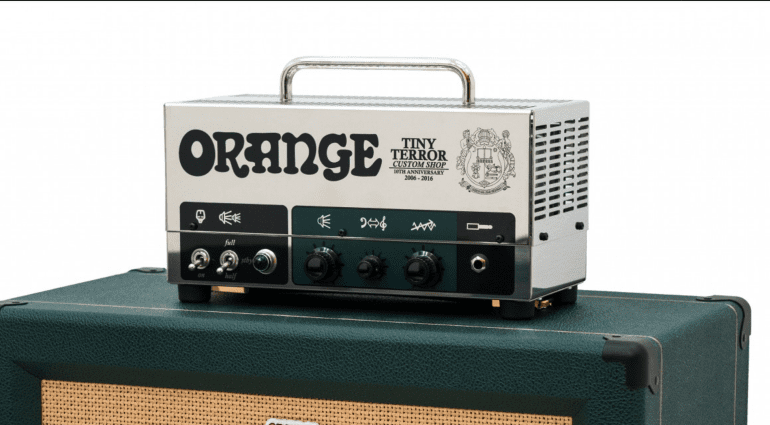 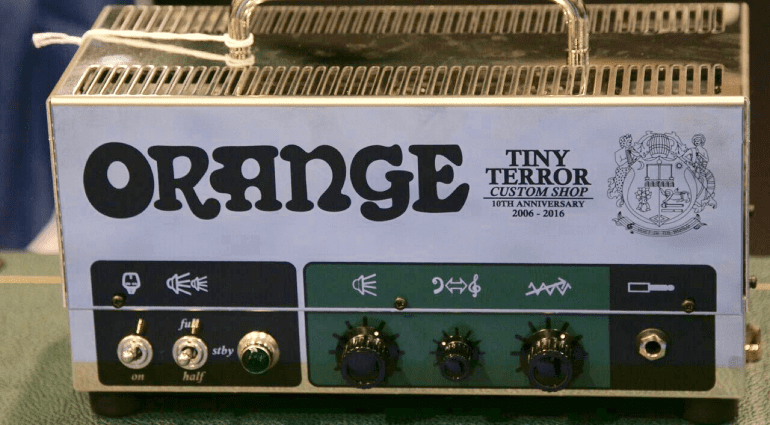 The Tiny Terror mini head was the amp that started the whole ‘lunch box’ amp market. The model has now reached its 10th anniversary, so Orange is releasing a very limited edition model that’s sold with a matched open-backed cab. Only 110 are to be made.

The amps are numbered from 1 to 110 and from the promotional photos I have seen, they do look very nice indeed. I had a Tiny Terror for quite sometime myself and always have had a soft spot for them as they are really great-sounding little amplifiers. The fact you can fit them in a shoulder bag and carry your guitar at the same time is also a massive bonus.

Tonally they are far more complex than you might at first believe. This is partly because the internal design is so clever and well thought out. This includes using stacked pots to achieve control of multiple parameters with one turn, and using a good, solidly designed but simple layout.

These new models look very well made and so I would imagine will sound as good as they look. Even the bog standard Tiny Terror I once owned sounded great, so these hand wired, Custom Shop models should in theory be even better than my old one. The simple control layout is very easy to dial in, they are very versatile in terms of the variety of tones available and they respond really nicely to the controls on your guitar and picking dynamics.

The only real problem I can see with these is the price, as it’s the best part of two grand!