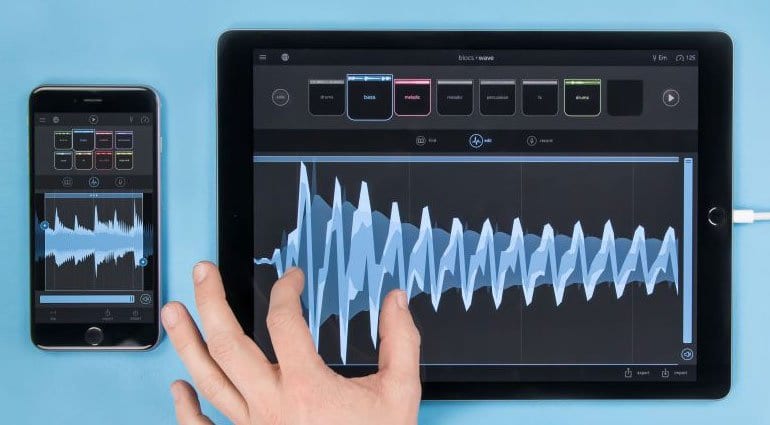 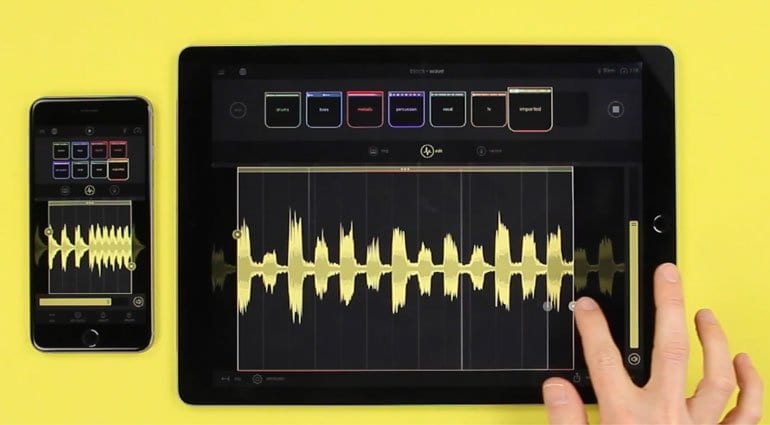 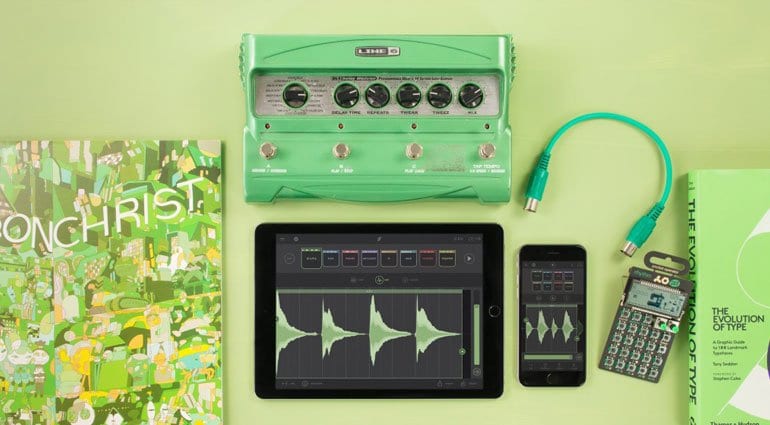 Building on the success of their Launchpad app, Novation have formed a little group calling themselves “Blocs” whose intention is to “make cool products that look and sound great”. Their first release is called Blocs Wave and is a music creation app for iOS. The basic premise is that you have a bunch of loops that you can throw together in order to make some tunes. All the loops are beat matched and can be pitched and stretched, and are all designed to work perfectly with each other. It comes with almost 300 loops and many more are available through the integrated store.

You can run up to 8 loops at a time, you can set start and end points, loop size and you can slip the waveform within the loop. The wave display is beautiful and lends itself perfectly to be very fingerable; navigating around, pinching/zooming and making adjustments is all very easy. You can record directly into an empty slot either via the inbuilt microphone or with a suitable audio interface in either free time or a specified bar length. You then get your fingers involved again to tidy up the recording and adjust the loop size. You can import your own audio from a third party app like AudioCopy or AudioShare and route it all through Audiobus. You can change pitch and tempo independently and it locks everything together.

That’s about it. There don’t seem to be any effects or filters or any ability to arrange loops or create patterns or songs. It looks beautiful and I love the way the wave and loop editing has been implemented but I’m starting to feel that this is actually all a bit too easy – a bit too automatic and lacking in depth. There are a lot of loop production style apps out there where you can throw together a bunch of samples and pretend you’re a producer or a DJ and that seems to be what this is about. Because of the heritage, meaning being from Novation, I’m really trying to take it seriously as a piece of creative software but unfortunately it comes across as an elegantly made app for selling you loop content to play with – and that can be a lot of fun but it’s not the creative tool I imagined it might be. It would be awesome as the looping part of a larger piece of music making software.

There’s a YouTube video showing a bloke giving a performance with it. As far as I can tell he sets a couple of loops playing and then records into it using a Novation Circuit – but for no reason and nothing seems to happen to that recorded loop. He then seems to record the drums he’s playing, but again for no reason that I can fathom. They have a bunch of tutorial videos which are very clear and easy to follow but seem aimed at the absolute beginner which perhaps gives an inkling into who this is for – someone who’s looking to have some fun with a bunch of pre-prepared, pre-locked and pre-tuned loops.