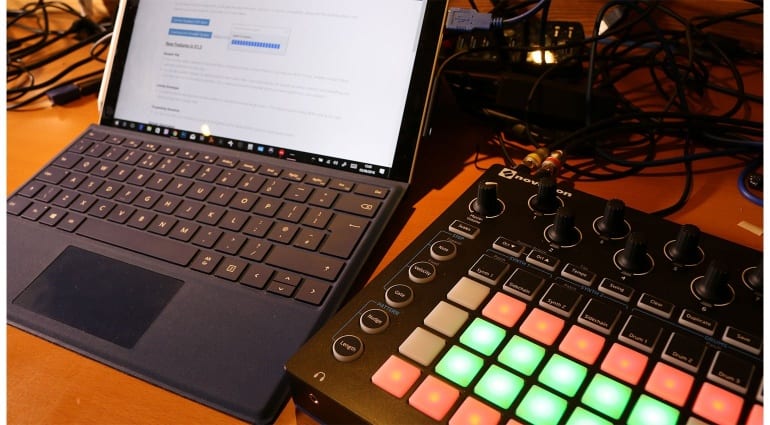 Novation recently released a major firmware update to the Circuit which opened the groovebox to samples (read about that here). Following on from that they’ve released a new update to version 1.3 which offers greater power and flexibility.

In the previous version you could only have one sound per drum track. That gives you four drum sounds to play with. With the update you an now add a different sample to each step. So you could slice a loop across all 16 steps. Or insert a kick and snare onto different steps in order to combine them into a single drum track. This leaves you room for developing other drum/sample tracks and widening the sequencing potential of the machine. Not sure where the word “flip” comes from but it’ll do.

The samples are all about the drum section. If you hold shift and select a drum track you’ll now be able to run through all the loaded samples and switch between them on the fly. You could also use this mode to play samples in live performance as well as hitting record and having them added to the sequence.

They’ve changed the way sample decay works so that samples can play for their entirety rather than fading out.

All this is made possible via the Circuit Components facility that came with firmware 1.2. The web-based interface has been tweaked to make it easier to audition and load your own samples into Circuit. This little box keeps getting better and better. Check out the video below featuring two ridiculously good looking but terrified Novation bods emotionlessly showing us the new features.

The update is free and you can get it from the Novation Music website. 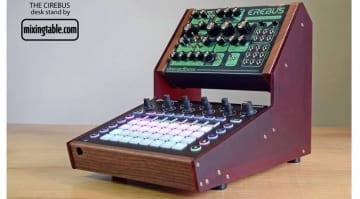