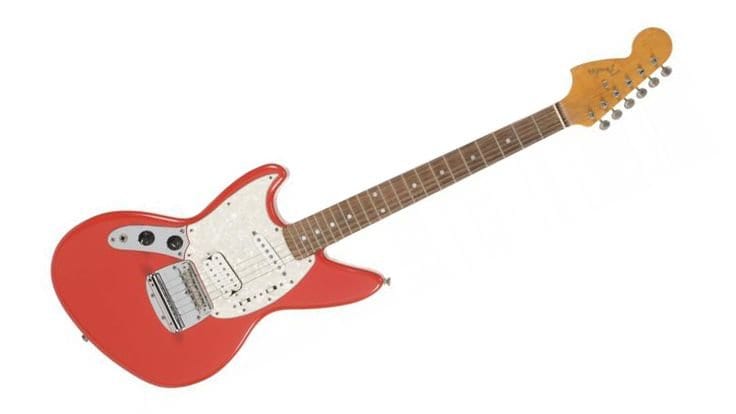 Nirvana’s Kurt Cobain designed (in the loosest sense of the word) the Fender Jag-Stang in the 1990s, and now one of the original two prototypes is up for sale along with his sketches of the guitar.

I was working in a guitar store when Fender released the Kurt Cobain Jag-Stang. The general consensus in the store amongst the staff was that it was a god-awful Nirvana cash-in that was hideous to play. So to this day I still think of them as total garbage. And I love offsets, just not this abomination of an instrument. We would sell them to 14-year-old Cobain wannabes and tried as we might to dissuade them from buying one. Inevitably, though, the floppy-fringed hormonal man-child would leave with one under its arm and usually a DOD Grunge pedal to go with it…

Kurt Cobain drew/cut up a picture of two guitars melded together into one hideous beast. Fender released the instrument after he died and it sold well to fans of Nirvana but was never a huge hit. Nowadays they have a bit of a cult following. But, if I’m honest, I think that they are dreadful. 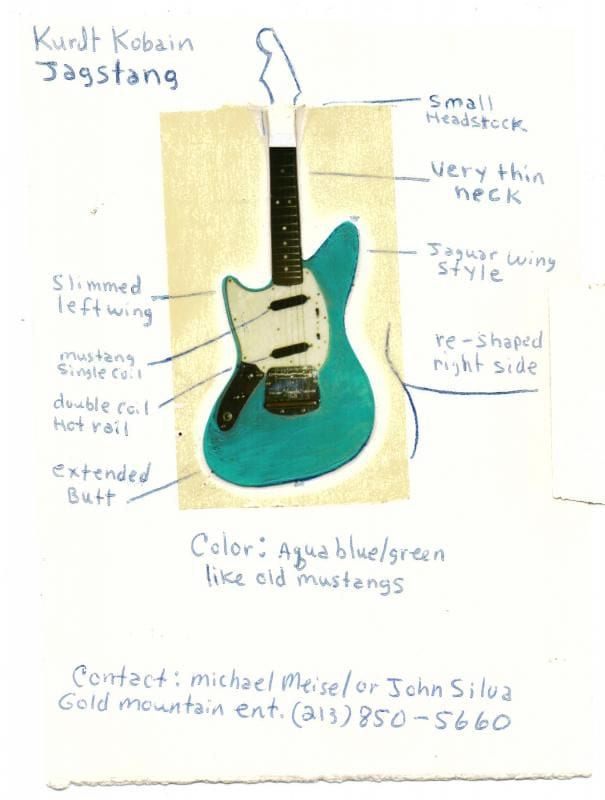 Julien’s Auction House has one of the two prototypes. It is expected to reach somewhere in the $40,000-$60,000 range, which is hilarious to me. But then I’m a cynical old bastard that preferred TAD, Mudhoney and Dinosaur Jr back in the day.

Fender Custom Shop’s Master Builder Larry Brooks crafted the original prototype, which is numbered V069200 on the neckplate. This is the Fiesta Red version (we used to call them baked bean coloured) and is loaded with a Fender Texas Special single coil, DiMarzio H-3 bridge humbucker, plus that ‘dodgy’ Mustang bridge that will never stay in tune!

I personally think they look like someone left an old Fender Jaguar and Mustang alone in a dark room one night with a bottle of cheap wine and some methadone. Nine months later the Jagstang arrived in the world. You can part with your hard earned cash on 19th May when this prototype goes under the hammer.