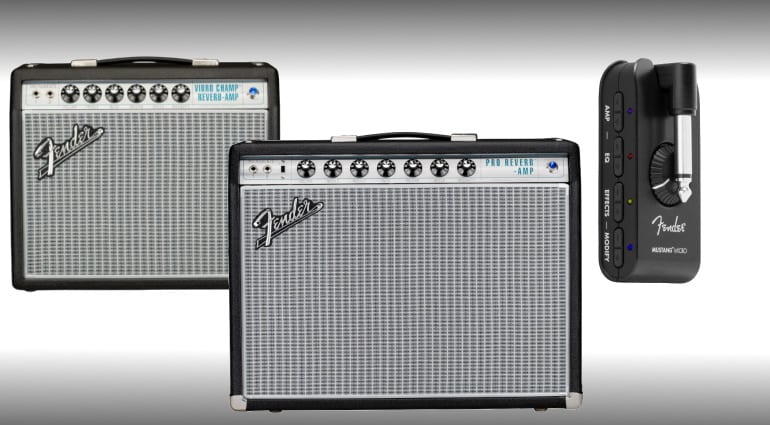 As Fender marks its 75th Anniversary, the company is charging into 2021 with a bunch of new gear. This includes three new amps, the ‘68 Custom Pro Reverb, the ‘68 Custom Vibro Champ Reverb and the tiny Mustang Micro. All three models are expected to go on sale by April this year.

The ’68 Custom Pro Reverb is based on the original model from 1968, but with a smaller cabinet size and reduced weight, which should help not only with portability, but according to Fender, its ‘tonal flexibility’ as well. Other changes include moving to a single-channel format instead of a double, and a single 12″ speaker instead of the pair that was on the originals. This version also gets an added middle tone control. At 40 Watts, it should be loud enough for most venues.

Here are the specs: 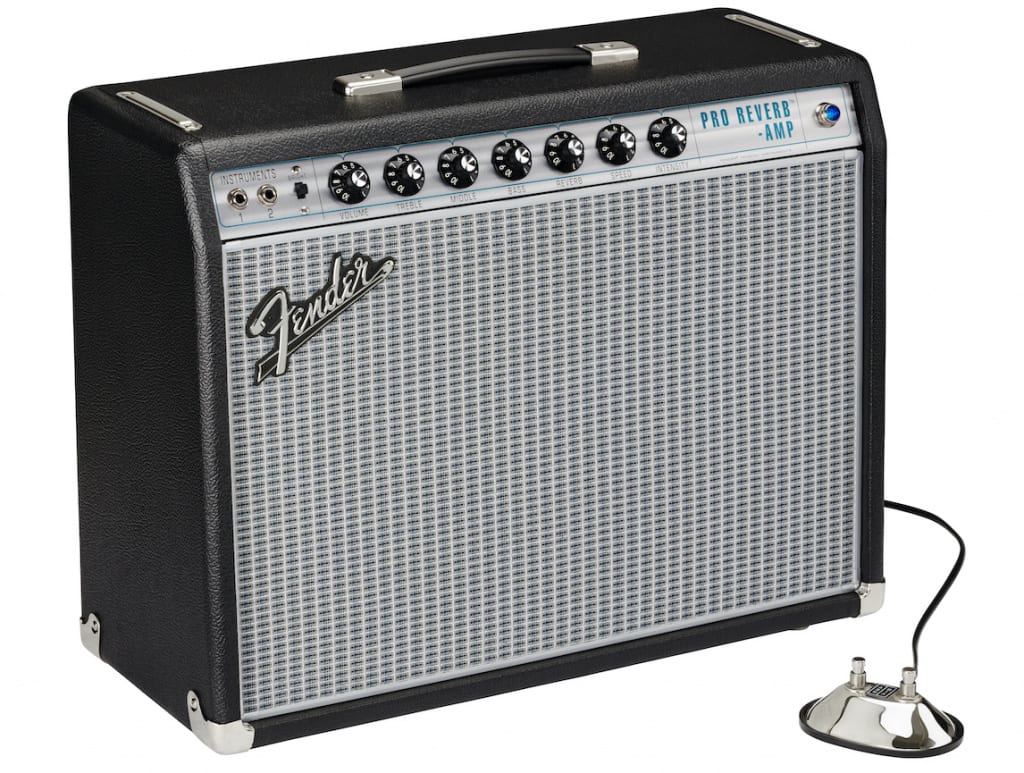 The ’68 Custom Vibro Champ Reverb takes cues from the original Fender Vibro Champ. This single-channel amp comes with controls for Volume, Treble and Bass, Speed and Intensity knobs for the tremolo, and a Reverb knob for the hall-emulating DSP reverb.

The specs are as follows: 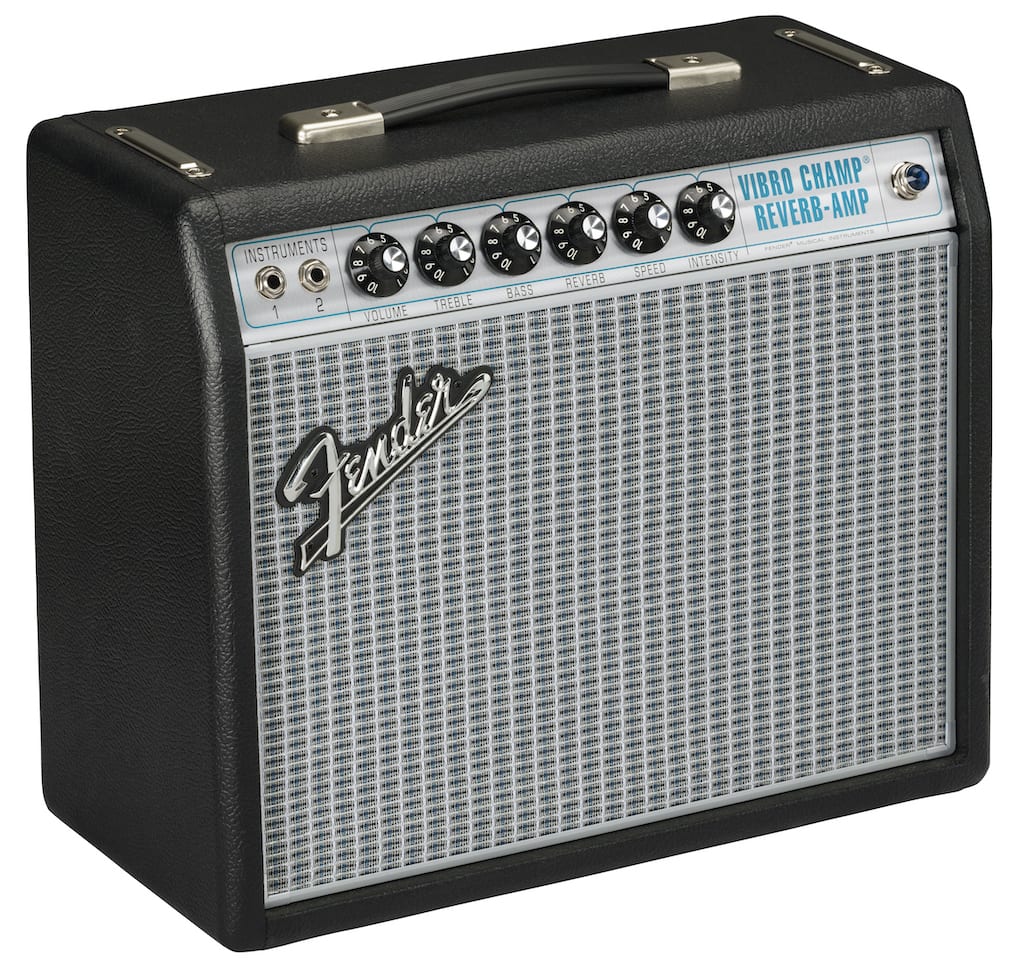 The Mustang Micro is a headphone amp that features a wide selection of tones from the company’s popular Mustang series of amps. You get 12 Mustang GTX amp models and 13 effects, Bluetooth connectivity and over 4 hours of battery. It should appeal to players looking to practice silently, or jam along to their favourite tracks using the Bluetooth streaming. Simply plug in your headphones.

These are the specs for the Mustang Micro: 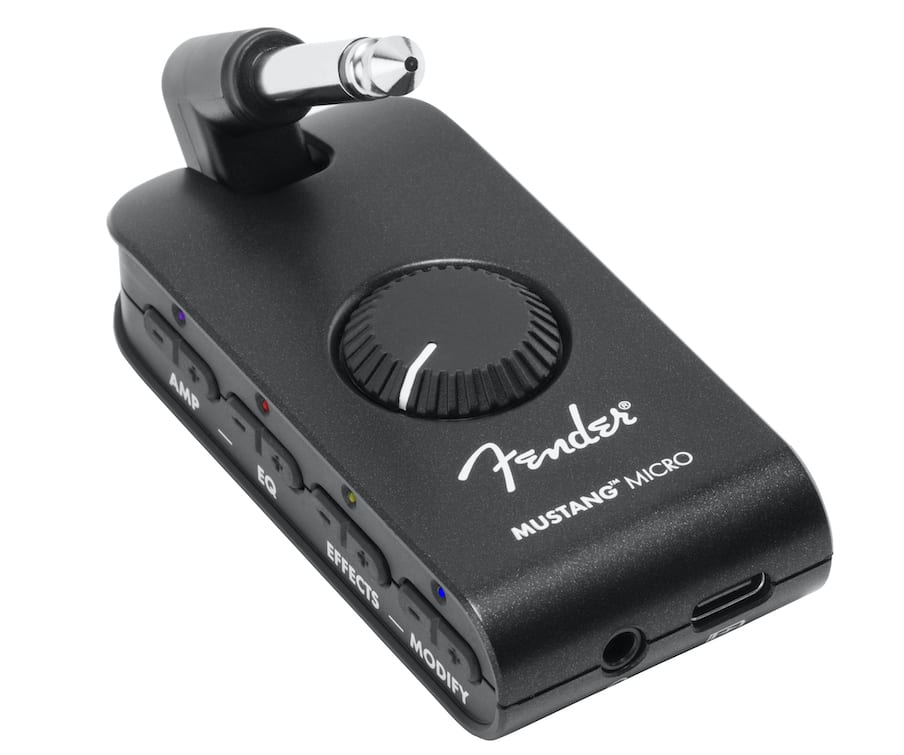 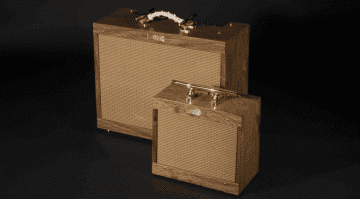 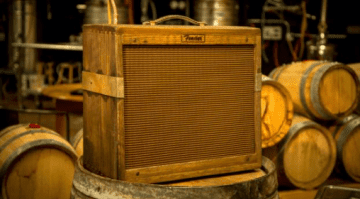