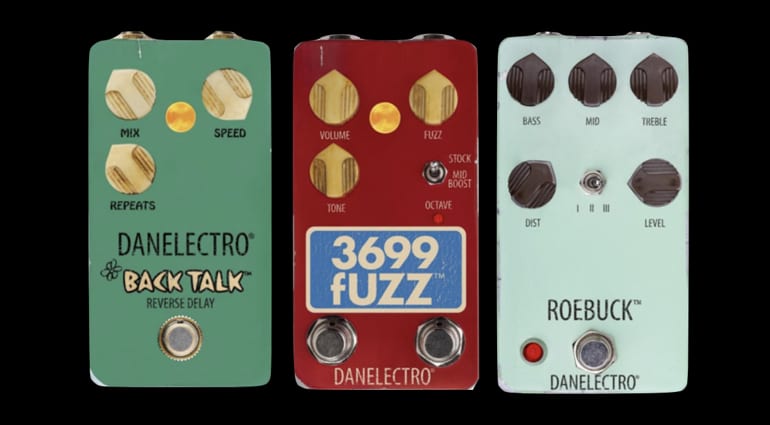 Danelectro has a set of new effects pedals ready for release at Winter NAMM! Amongst them is a neat new fOXX Tone Machine fuzz clone called the 3699 fUZZ. Danelectro is also going to reissue the Back Talk reverse delay and release a pedal that offers a new take on a classic Ibanez MOSFET distortion pedal!

The fOXX Tone Machine was an early fuzz pedal launched in 1971 that found its way into the rigs of Peter Frampton and Adrian Belew. We’ve heard that Danelectro is planning to build a clone called the 3699 fUZZ. Why 3699? Trivia time: That number spells out “FOXX” on the standard telephone keypad. And those were also the last 4 digits of the fOXX company phone number back in the day. But there’s already a connection to Danelectro here: The fOXX Tone Machine pedal was designed by Steve Ridinger of Evets Corporation fame before he became involved with Danelectro. That makes the new 3699 fUZZ is a quasi-reissue of a highly sought-after fuzz. We understand it’s due to be announced sometime around the Winter NAMM show or shortly after.

There is no official information on the pedal at this time, but I found a nice video demo on YouTube in which R.J. Ronquillo gives it a work out. His video below lets you hear it in action before it goes on sale later this year.

The pedal has controls for Volume, Fuzz, and Tone plus a mid boost switch and a footswitchable octave effect. The features of the original have been expanded, with that added mid boost. According to the marketing blurb, the octave effect has been enhanced, as well. The sounds in the video below are pretty close to the original vintage unit from fOXX. And, of course, it will be a fair bit cheaper than a used vintage unit is nowadays. 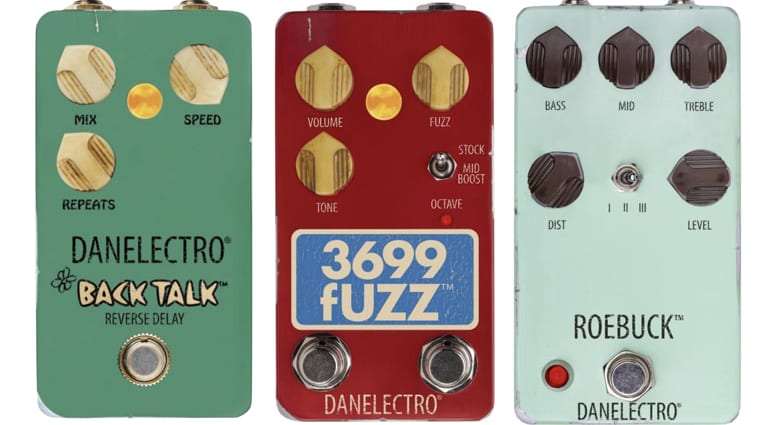 Next up is the new Danelectro Roebuck, which we think is a clone of the old Ibanez MS10 ‘mostortion’ pedal (a MOSFET distortion pedal, if you were wondering). Details are scant on this one, but I found an image online of the pedal on Sweetwater along with pricing information.

The pedal has controls for Volume, Distortion, Bass, Mid and Treble, plus three clipping modes via a mini toggle switch.

Last in this trio of new pedals is the Back Talk reverse delay pedal, a re-creation of the original Danelectro pedal from the ’90s. Danelectro says this one has a “rich, tape-like character”. With their funky shape and green housing, the original Back Talk pedals sell on the used market for a lot of money, so it is nice to see a cheaper option released by the same manufacturer. The controls are labelled Mix, Speed and Repeats, just like the original. This version comes in a regular pedal shape, minus the funky graphics.

JHS’ Josh Scott has just uploaded a new YouTube video called ‘Who Is Danelectro?’ with some fascinating history on this iconic brand. You also get a sneak peak of these new pedals at the end of the clip, so make sure to check that one out.

Looks like these three new effects could be very popular indeed, as all of the original models are have become coveted and second-hand prices have risen on all three. 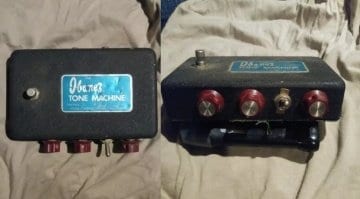 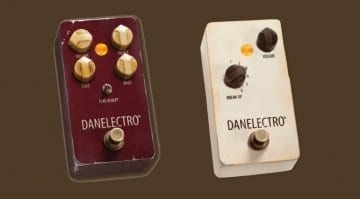 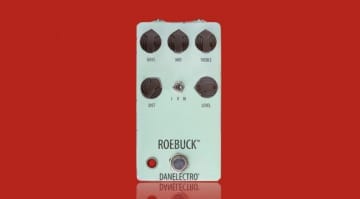 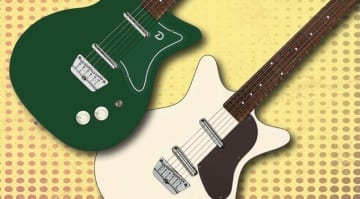