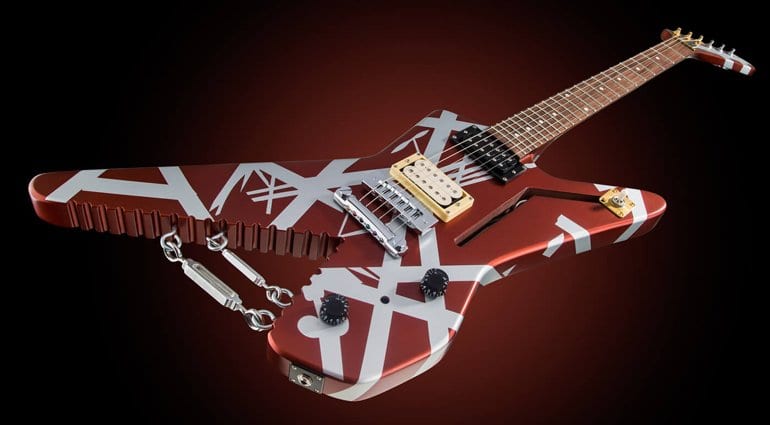 The new EVH Striped Series Shark guitar is a recreation of Eddie Van Halen’s famous striped guitar from the Van Halen World Tour back in 1978.

This guitar is legendary and all because Eddie makes cool out there guitars and then plays the hell out of them in front of thousands of fans. It has become known by Van Halen fans as ‘that shark guitar’ off the back cover of Van Halen’s 1980 album Women and Children First.

It has an ash body with a set maple neck that has a modified C-profile and a Pau Ferro fingerboard that has a 12- to 16″ compound radius and loaded with 22 jumbo frets. It has that easy to spot hockey stick headstock as well.

The Shark is loaded with two EVH Wolfgang Alnico 2 humbuckers, so expect some awesome rock tones from this guitars. 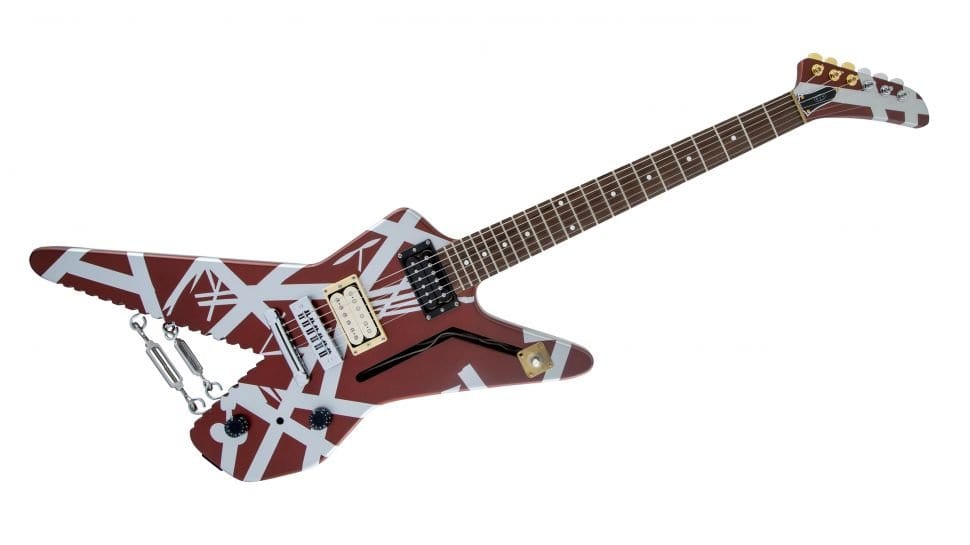 And, of course, it has that Striped Series finish. It emulates how Eddie originally added a coat of silver paint and tape. Then finally a spray can of burgundy Schwinn bicycle paint to finish of the original when he made it.

It certainly looks very late ’70s Van Halen and you may get kicked out of your local Blues Jam if you pull one of these out your guitar case!