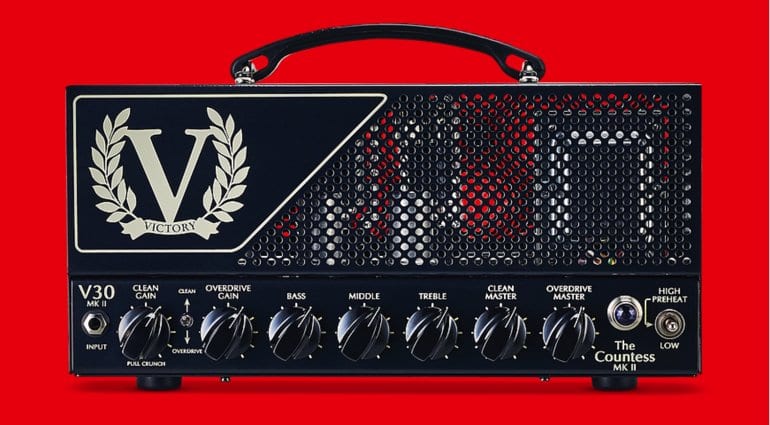 The new Victory V30 The Countess MkII amp head replaces the previous Countess and looks like a lot of amp for such a small chassis and it had some input from a seriously cool guitarist.

This amp may be small, but don’t expect it not to pack some serious punch as Victory Amps has made some seriously tasty amps the last couple of years and already have some pretty loyal fans because they have some great crunch and gain tones.

This new 42-watt, twin-channel valve amp has three-modes and replaces Victory’s first ever compact amp head, which the company originally developed with Guthrie Govan (see, I said they have some loyal fans), as was this new version.

It has an added extra foot-switchable crunch mode added to the clean channel, making it more flexible and also comes with a footswitch-able ‘Nomod’ function that gives the power section a tighter bass response. 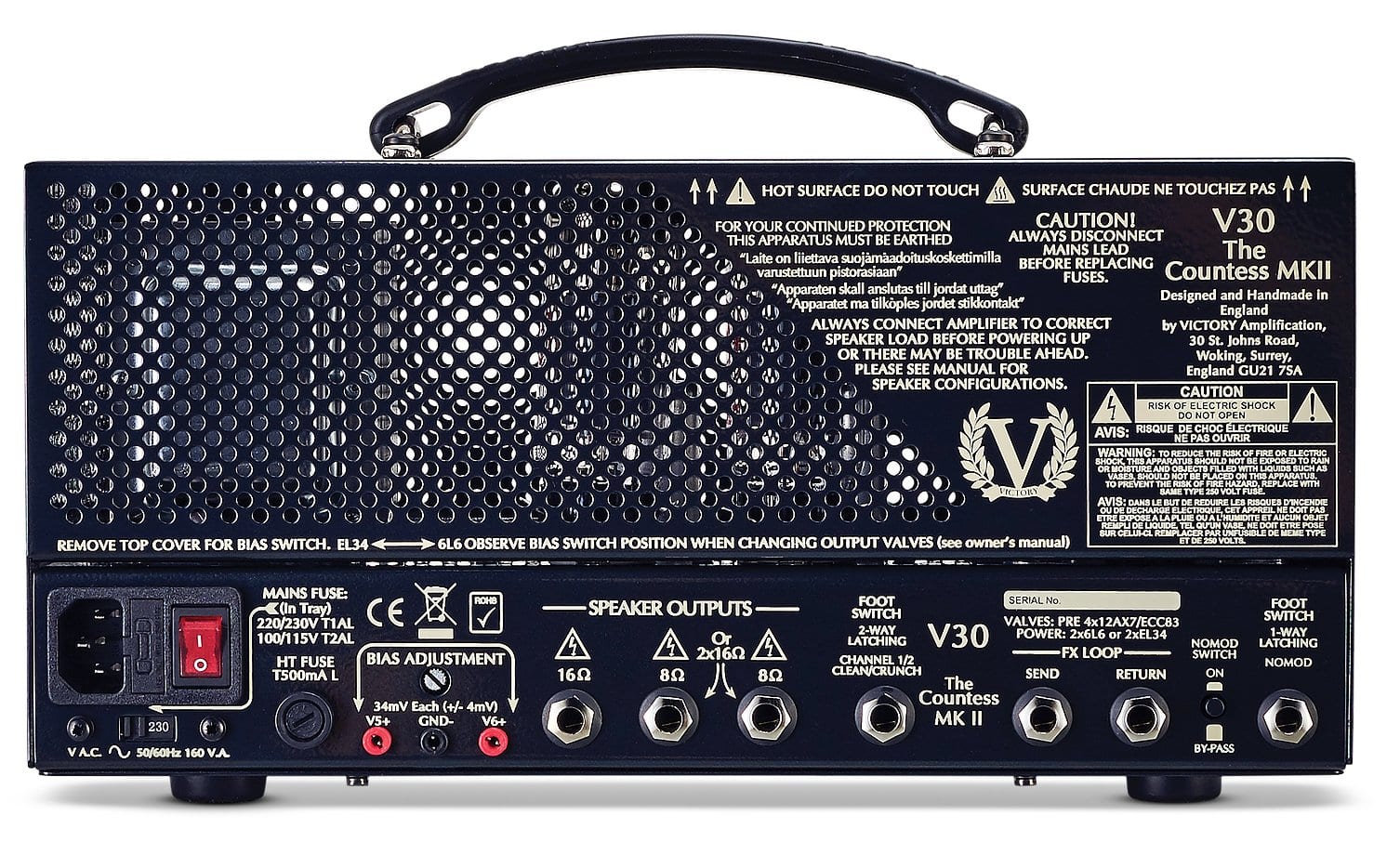 You can choose to run either two 6L6 or two EL34 power valves as the amp has external bias test and adjustment controls to make it easier to swap output valves, which means less chance of damaging your amp and more importantly killing yourself via discharging capacitors!

You can also run the V30 The Countess MKII in a lower power mode that knocks the output down to between 7 and 7 -watts, which is perfect for studio use and smaller gigs.

This is definitely one amp to keep on your radar if you need something compact, yet versatile and with still with great drive and crunch tones. What with the new Orange Brent Hinds Signature Terror and Rocker 15 Terror all being released this week and the new Marshall Origin range this year’s NAMM Show has been a great year for British amps!