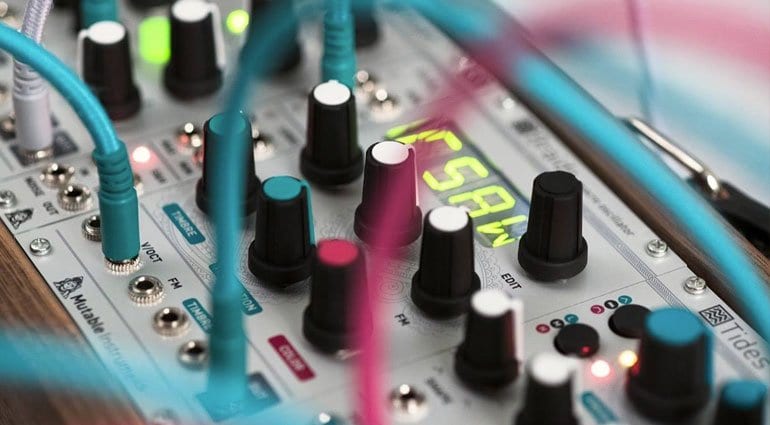 Olivier Gillet from Mutable Instruments has announced that they are discontinuing their massively successful Braids macro oscillator. This follows closely on the heels of the Peaks multi-functional module that they retired in August. Rumour has it that there will be more casualties to follow.

Mutable Instruments modules are hugely regarded in the Eurorack modular community. When I was building my first rack and looking for recommendations Braids and Clouds were the two that always came up. Clouds for me was a no-brainer, exactly the sort of messing about I wanted to do with sound. But Braids was different. I could see that it was very versatile, a comprehensive sound source, but it was the opposite of what I was looking for. I wanted modules and oscillators that did one thing. That had a knob for each parameter and no menus to work through. A very pure attitude that, of course, I’ve since got over and I had Braids pencilled in for row number 3. But that seems to be precisely the problem.

When Olivier designed it in 2012 he believed it was going to be the “monster oscillator to end all oscillators”. Five years later he says that he’s realised that he’s completely missed the mark. Although Braids is their best selling sound generator, it tends to be the co-star of a patch. Something frequently used to layer or bolster up other oscillators, that brings in an extra dimension rather than being the centre of the universe. That’s great, but Oliver feels that the interface and the large width of the module is out of sync with what most people use it for. It’s over-complicated and perhaps a bit fussy. He feels that not only are there much better oscillators out there but he’s written much cleaner and better sounding algorithms himself.

You get the sense that Braids annoys him. It’s not all he thought it would be and even though it’s very popular he believes he can do better. In many ways that’s the beauty of the modular community, in that modules are personal. It’s not driven solely on sales or popularity, but also by the integrity and striving creativity of the designer. For many it will seem like a disaster, and there’s a slight nervousness over what might fall next. But if this gives Olivier and Mutable Instruments the space to develop new and interesting modules then I believe we will all benefit. Apparently, there will be no Braids MK2 and he says: “For me is it time to make some room for something leaner and more fun to play with.

“For me is it time to make some room for something leaner and more fun to play with.”

Mutable Instruments are a remarkable company and I look forward to what might develop. For the whole story head over to their Facebook page.

One response to “Mutable Instruments say goodbye to Braids”