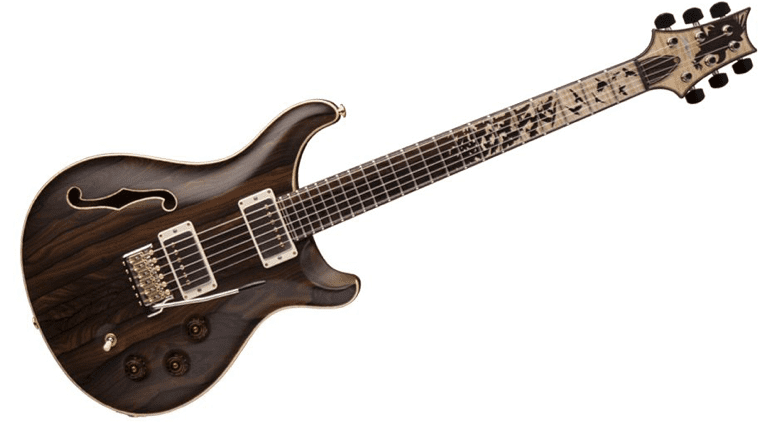 PRS have chosen this year’s Musikmesse to announce this monstrosity of a guitar, even though they aren’t actually attending this years show. Looking kind of over the top, I’m sure it will have an appeal to those that make money from root canals. Personally, I think it looks just a little bit too flash.

The DGT series of PRS guitars are actually amazing instruments and play beautifully. I can say this as I have played a few and they are in my personal opinion one of the best modern PRS instruments on the market today. In case you don’t know him, Dave Grissom is a very well-respected US player and you should go check him out if you have never heard him play, as he has great feel and a beautiful tone.

I’m as you may have already guessed not a fan of the ‘tart’s handbag’ look and for me it is a pity to spoil such a great instrument with over-zealous Bird inlays. The PRS inlays have always divided opinion and I am definitely not a fan, so sorry as I know lots of players are.

Hardware wise it has a neck in between PRS’s Pattern/Wide Fat and Pattern Regular/Regular profiles and two volume controls with push-pull coil-split tone knob. However the DGT or Dave Grissom Trem model is a great guitar normally, so if you fancy a semi-hollow version with a zizicote top, with curly maple binding that’s paired with African ribbon mahogany back and backplates, then this little number could be just what the doctor (or dentist) ordered…

There are only twenty of these guitars being built and they are not cheap. But then money doesn’t account for taste. If you are interested you’ll need to enquire with your local PRS dealership as they probably will sell out to dentists around the world… 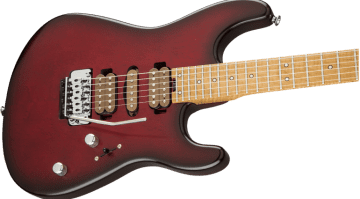 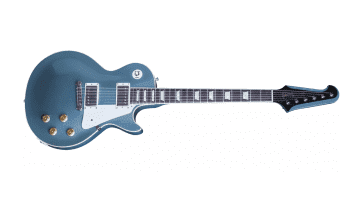 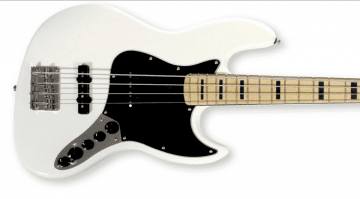