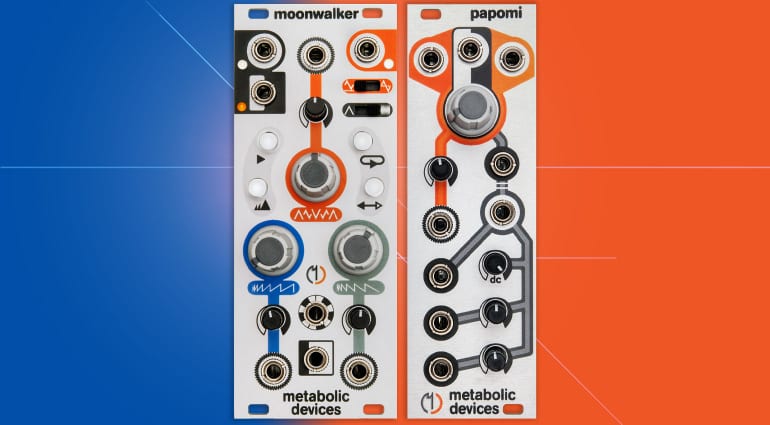 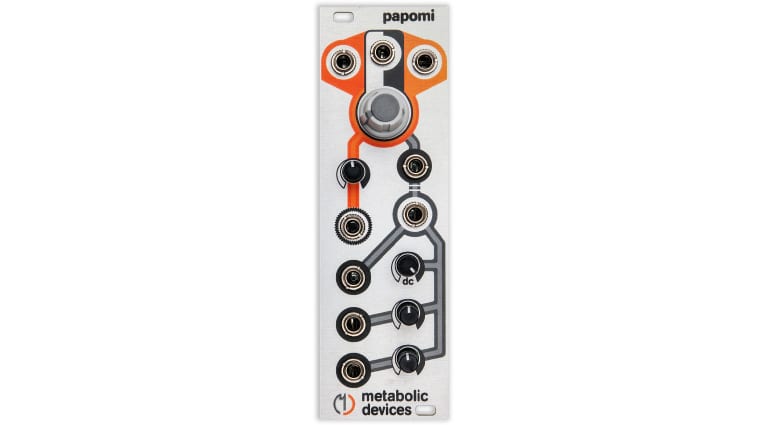 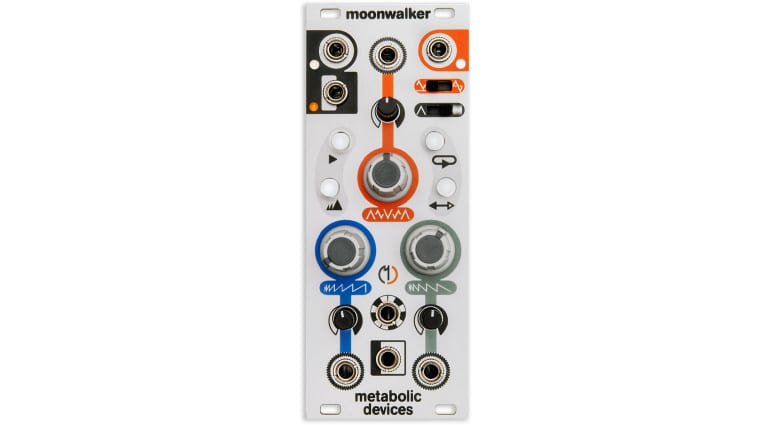 At the simple end of things, you’ve got a 3-channel mixer and a sub-section of stereo routing and polarizing. When you start digging in you’ll find multiple output points which lend themselves to an exploration of feedback networks. I think the idea is that your starting signal goes into the unity input on the mixer which is then normalised to the pan/polarizer. You then take the left and right outputs through a network of processors like phasers and flangers, filters and so on and inject those back into the attenuated mixer inputs. Through manipulation of the panning knob and mixer levels you can cascade signals into each other for interesting and complex results. 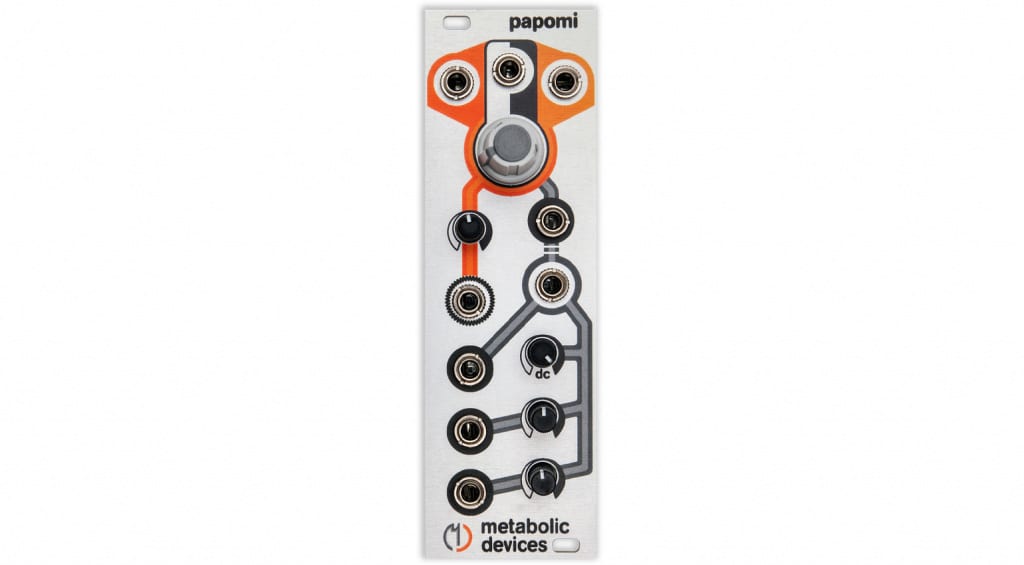 Or, you can use it to mix CV signals and generate a number of differing outcomes, or just mix and pan audio.

So it starts simple and gets out of hand really quick.

Moonwalker is an envelope generator in the style of a Rise/Fall circuit on something like Maths from Make Noise. You can use the Attack and Decay time knobs to output envelopes or loop them to produce LFOs. But as with the Papomi it all gets very complex very quickly. You can wind the LFO up to audio rate and use it as a VCO with 1v/oct control. It has 360 degrees of phase offset, manual triggers, hard sync retriggering and you can make your envelopes cycle in uni or bipolar fashion. And then you have outputs and offset outputs and waveforms and all sorts. 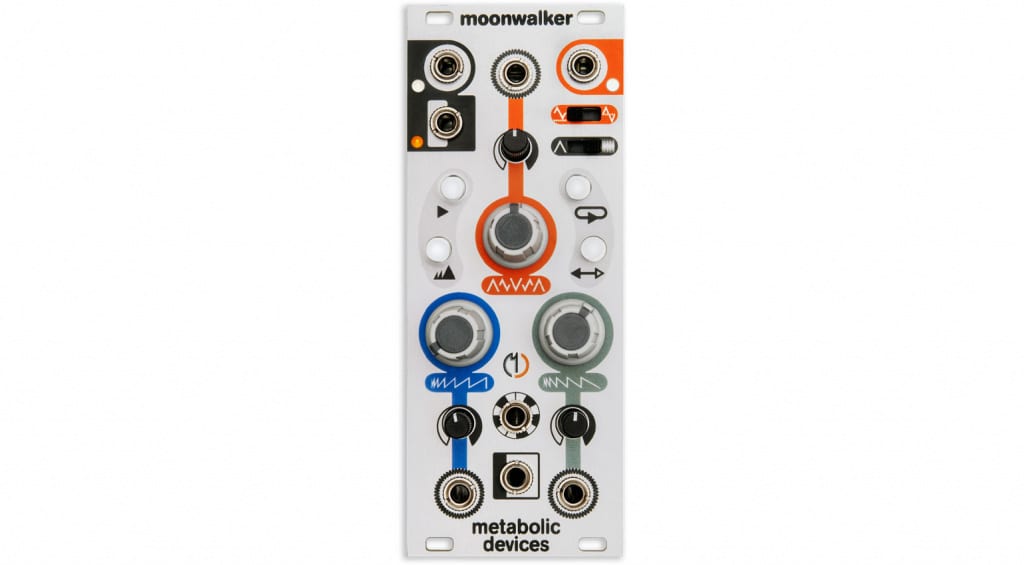 Honestly, once we’re past the envelopes and LFOs I get a bit lost but as designer Erik Dower says “One of the most exciting things about Moonwalker, is that you can perform filter sweeps or other modulations without your envelope ever disappearing or going out of range.”

Maybe a quote from the press release is in order:

Moonwalker is a new 10hp Eurorack format analog attack / decay generator from Metabolic Devices that operates as an envelope, lfo, or audio oscillator, all with 360° continuously variable phase offset. A 2nd waveform output acts as a reference so shifting signals in and out of sync with each other is a snap. The phase offset modes either preserve the range of modulation or bias the output so it always starts from 0, inverting your envelopes or LFO’s without changing their amplitude like normal attenuverters. The trigger input ignores or responds to retriggers (hard sync), and reactively adapts to frequency range and cycle states. Manual trigger and swap / alternate buttons keep things playful, and half-normalled feedback to the phase offset attenuverter skews the waveform from saw to triangle to ramp without changing the frequency.

So there you are Moonwalker in a nutshell.

There’s a lot of really good explanation on the website about what’s going on and they are the sort of modules that appeal to the deeper explorers and manipulators of voltage amongst us.

Papomi and Moonwalker are available now for €150 and €268 respectively. 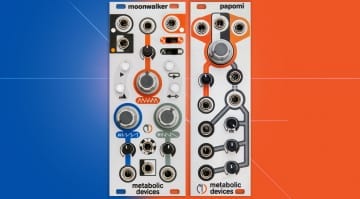 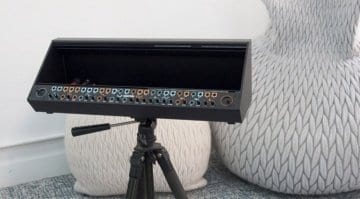 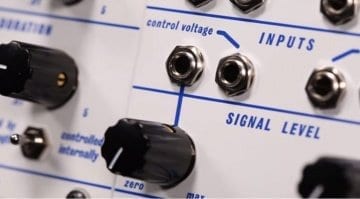 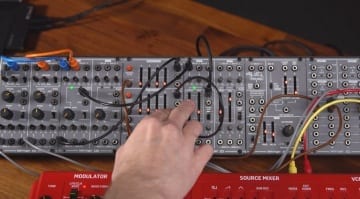 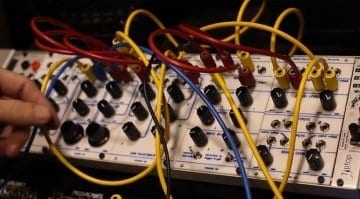