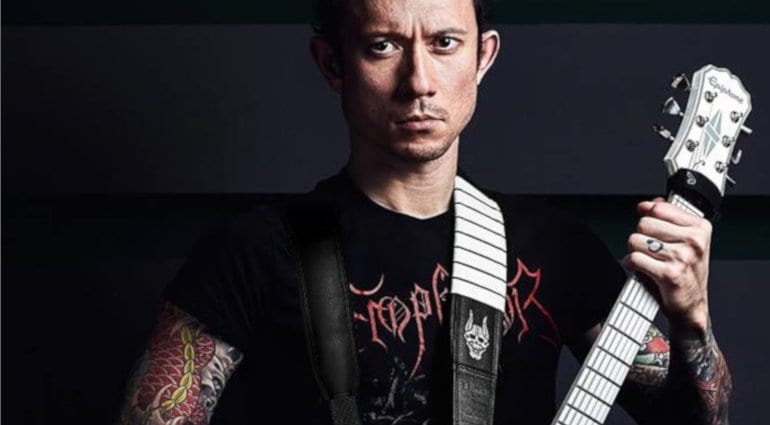 German company Richter Straps and Matt Heafy of Trivium chose April 1st to launch a new double guitar strap. Everyone thought it was a huge joke at first. Turns out, this is for real! You can now order one for your favourite ‘boat anchor’ guitar!

Matt Heafy has collaborated with German firm Richter Straps on the design of this new ‘double’ guitar strap. Known from playing in the band Trivium, Heafy plays Gibson and Epiphone Les Paul Custom style guitars, which are known for being pretty heavy. He had this to say about the problem the new strap was designed to solve:

Guitar straps are not ergonomic. The concept of a weight on one side of a trapezius/shoulder joint for an entire musical lifetime is detrimental to the balance of your body.

Unfortunately, launching them on 1st April was probably a stupid idea, as the internet thought it was a huge joke! Heafy and Richter were faced with comments like “the uncoolest thing to wear while playing metal”. People told him to go play a lighter guitar. Maybe he should get down the gym and strengthen some of those back and shoulder muscles.

Anyway, you can order your very own double strap from the link below – at a whopping EUR 159! Or, you could buy six months gym membership and get fit. Just saying. I’d go for the latter if it was me. 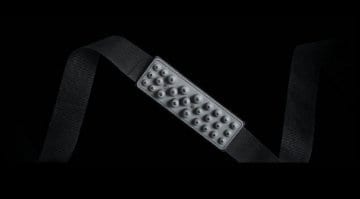 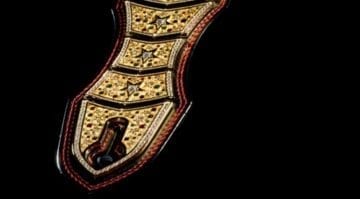 6 responses to “Matt Heafy and Richter launch the Double Strap on April 1st – turns out its legit!”