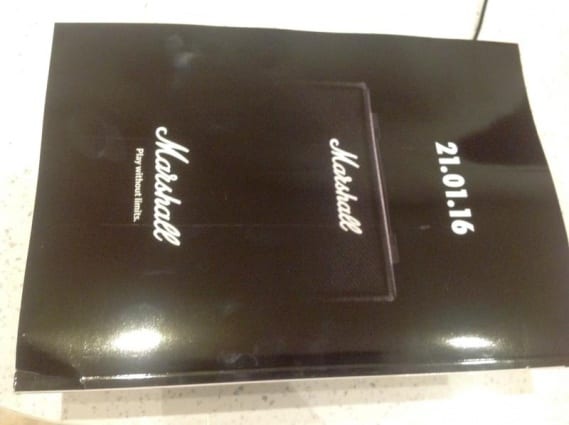 Marshall could be releasing a new range of amps at the NAMM Show. They have taken out a back cover page advert in the UK Guitarist magazine stating the NAMM Show date 21.01.16 and the add has their logo and a shadowy image of an amp.

There have been lots of talk and predictions over on the Marshall forums all day today because of this announcement. So, it will be interesting to see what the company actually releases this year.

Of course, Marshall already released the Astoria range of amps in 2015 and so a lot of Marshall fans are wondering what else the company could add to the range. There’s speculation that Marshall will re-relese the classic Silver Jubilee amps from 1985, as it was such a loved amp range at the time, but maybe with lower wattages for more practical uses. Marshall were also at CES (Consumer Electronics Show) this week, where they announced the new Marshall London Android Phone. A busy year for the company all round, it would seem…

I think it would be really nice to see the Marshall Jubilee amp range again, but to be honest I’m not really bothered about a Marhall Android phone though…