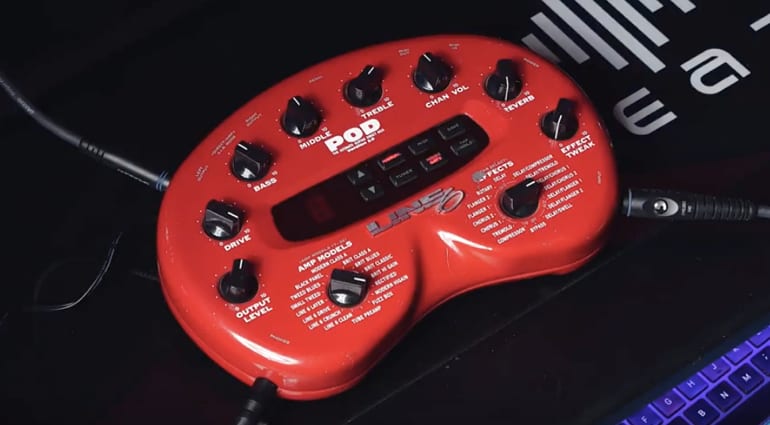 The Line 6 POD was released right at the end of the ’90s, making it 20-odd years old. Many of you will remember the huge impact it made on the guitar market. But how does this little red kidney bean hold up in 2020?

I was working for a large music instrument retailer on Charing Cross Road in London when the original Line 6 POD suddenly took off. They sold like hot cakes. We sold pallets of these things every month. Guitarists and studio engineers alike loved the access it gave them to a whole host of great amp tones.

Previously to the POD, Line 6 had done some basic amp modelling, but it was built into combo style amps and, frankly, it sucked. It never really took off. Along comes a new Line 6 product shaped like a red kidney bean. It was super affordable and could easily be recorded, used live or just played through for fun. This thing hit the guitar market like a ton of bricks and became a must-have piece of gear for many players worldwide.

So what was the secret to its success? It introduced amp modelling, virtual cabinet simulations and virtual effects to an audience that up until that point had relied on the odd multi-effects unit. Technology wise, it was one of the first pieces of guitar equipment to make DSP affordable and accessible. Best of all, it did not require a powerful PC or Mac to run it. I’d grown up with tape, then headed towards computers to record. Back in the late ’90s, computer plug-ins suffered from latency issues, plus you needed an audio interface and needed a lot of computing power to run them in real time.

Line 6’s POD negated all the hassle of building a recording system based on a DAW with plug-ins via an audio interface. It even had USB so it could function as your audio interface, as well!

Ola Englund is one of the guitar world’s most well-known vloggers. He recently published a new video where he tested out a POD 2.0 to see how its amp simulations hold up today, 20 years later. V2.0 had similar functionality but more amp simulations.

His recommendation: bypass the built-in cabinet simulations included on the POD and use your own Impulse Responses instead. Ola found that you can get a pretty decent guitar tone from this 20-year-old bit of kit. It begs the question: How far have we come since the Line 6 POD, in terms of amp modelling?

I still have a POD XT in my stash of guitar gear. Once in a while I dig it out to get some guitar tones. It still does pretty well at gain tones and if you put it into your DAW you can easily track with it. 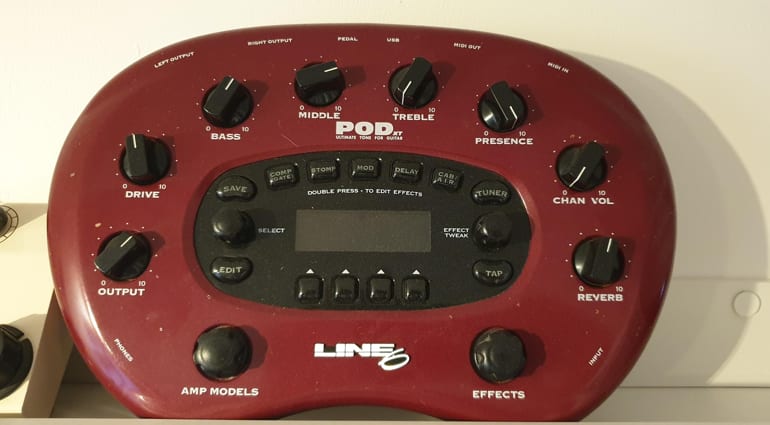 Could the Line 6 POD become the ‘vintage’ gear in the future?

A good question! But if you’re hoping your old POD will be worth a packet sometime in the next decade, forget. Millions of these were sold worldwide, so I doubt they will ever reach the insane costs of, say, an original vintage Tube Screamer pedal or a ‘Rams Head’ Big Muff.

But if you learn how to use your equipment properly and integrate it into your recording process or live rig, you will get far better results. Combining old and new technologies is something musicians have been doing since the beginning of time and so it makes sense to dust off your old POD now and again.