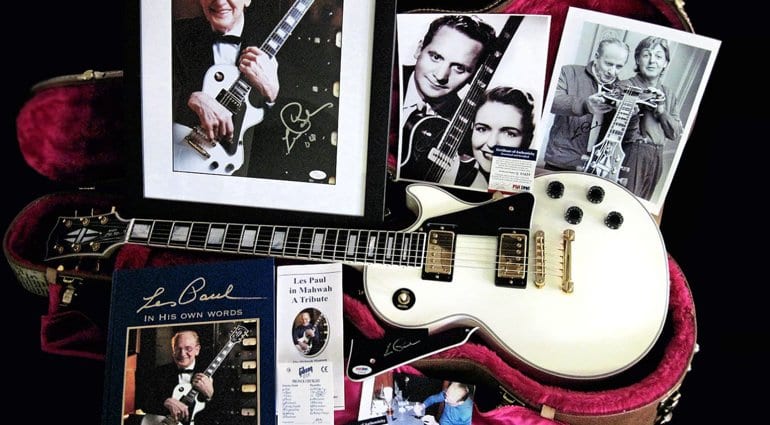 In 2002, Gibson gifted a one-off White Custom 50th Anniversary Les Paul to Mr Paul at a ceremony in New York to commemorate 50 years of cooperation. Together with its case, some photos and a special copy of the Les Paul biography, the guitar is being sold on Reverb by Les Paul’s longtime luthier and tech Tom Doyle.

Mr Doyle states on the Reverb page for this sale that this guitar was one of Les Paul’s favourites – so much so that he even posed with it for the cover for his autobiography. It was tweaked at Mr Paul’s request to have the frets hanging slightly “over the binding on the neck” and he would often be seen playing this very guitar.

The ‘White Les Paul’ is offered for sale in a “Collectors Package” that also includes the guitar’s original case and some additional memorabilia: 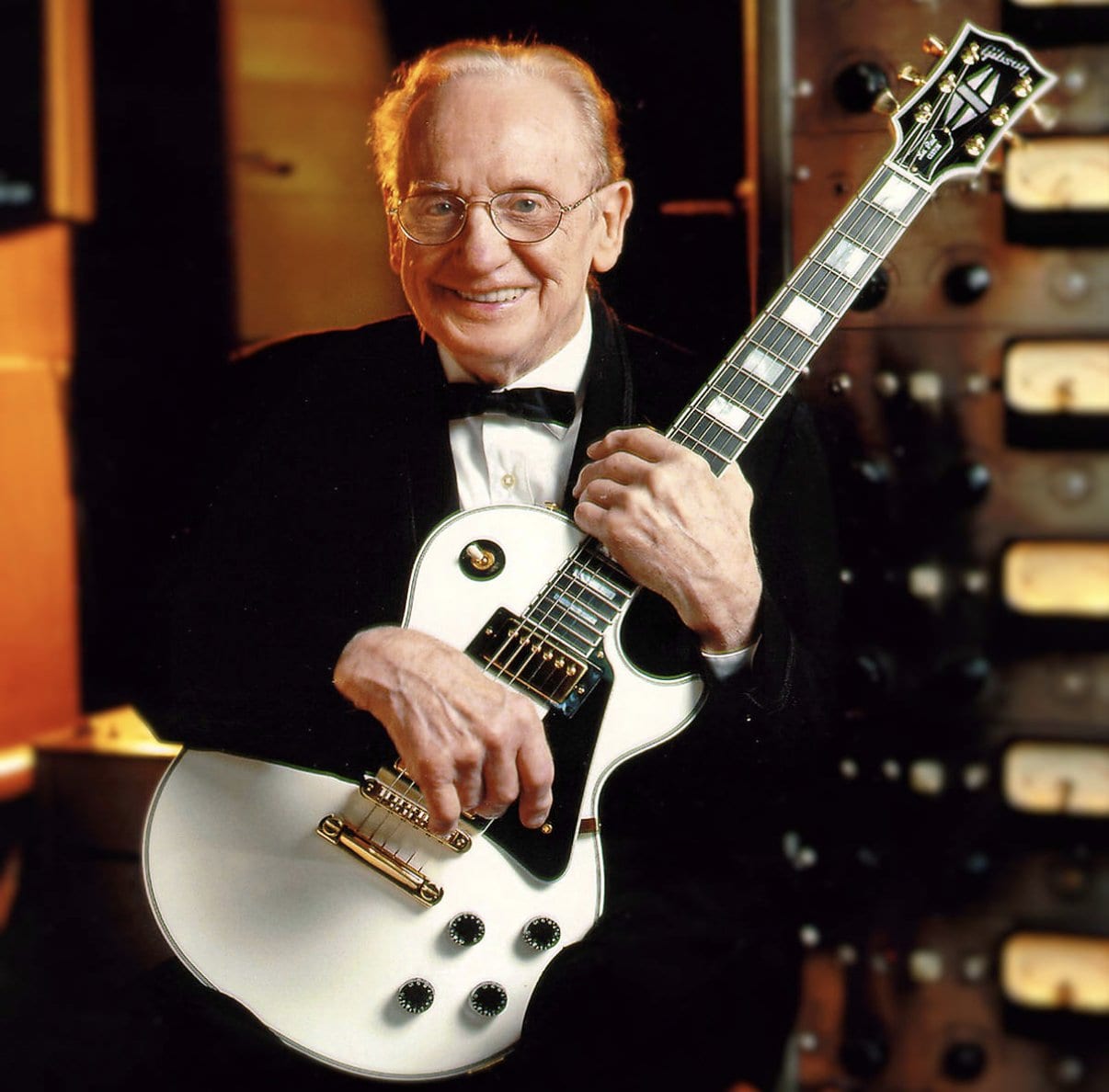 You can check out the Reverb listing for the Les Paul White LP here. If you’re interested in finding out more about this guitar, listen to Tom Doyle in the video below describing the guitar in some detail. The asking price for the whole bundle is USD 250,000, with 10 per cent of the proceeds being donated to the American Cancer Society. 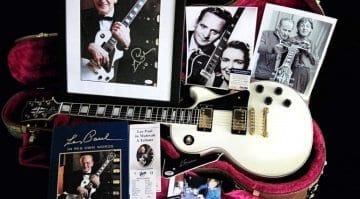 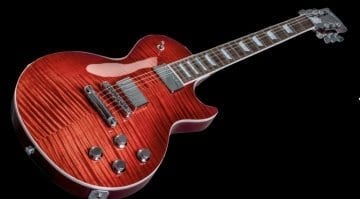 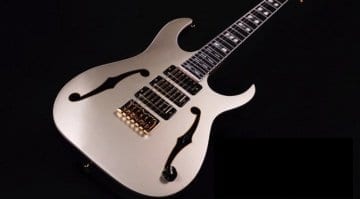 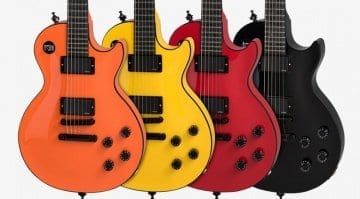