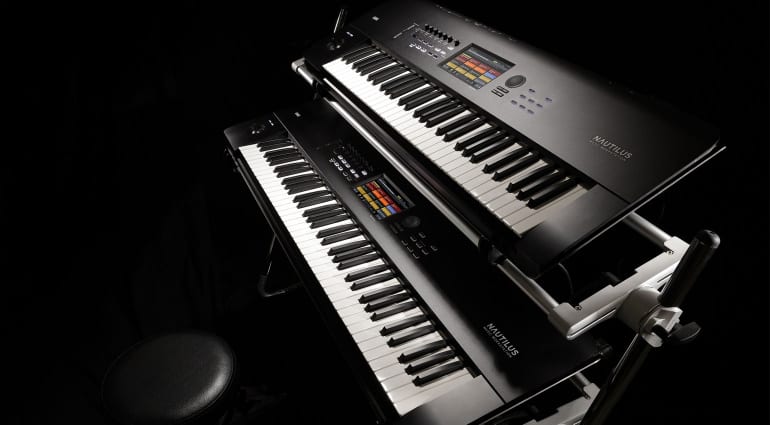 Korg has officially announced its new workstation, named the Nautilus. After a lot of excitement generated by a leak over the weekend, we were surprised and delighted to see that Korg had released full details on its new keyboard.

Here are the key features:

The name invokes (for me a least) a whacking great big submarine that terrorises the shipping lanes in its pursuit of utopian sub-aqua living. For Korg it probably means something a bit less Jules Verne and more, oh I don’t know, something a bit more big-workstation-keyboard-like which somehow doesn’t seem to capture it. But maybe the Nautilus is exactly the sort of machine Captain Nemo would use to complement his massive pipe organ. 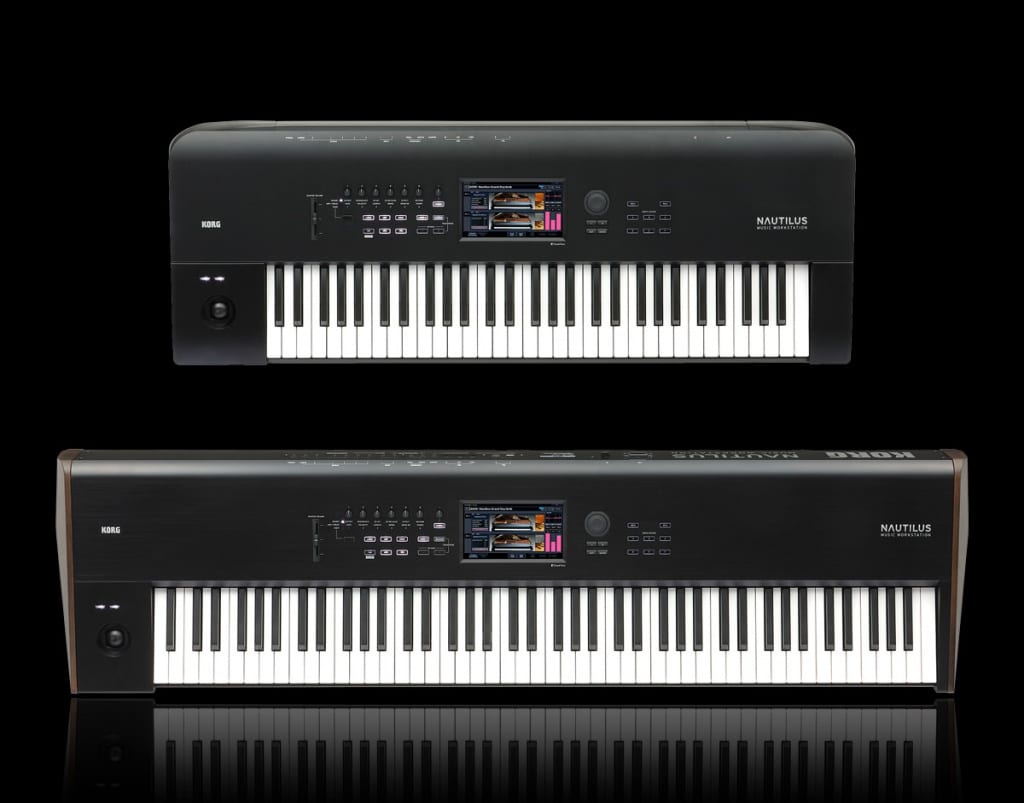 So, moving on from my 20,000 Leagues Under the Sea obsession what does the Korg Nautilus bring to our music-making endeavours? Korg calls it a synthesizer and workstation with nine sound engines pulled from their flagship Kronos machine of a similar nature. It’s going to have a massive amount of sounds and for ease of use, they’ve split them into 3 categories. The first category is “Standard Sounds” which includes all the regular instruments you’ll ever need. Next, there’s “Current Sounds” which is aimed at modern, synthy production patches and then they have “Unique Sounds” which focuses on some new sampling techniques and phrases.

Those are broad generalisations because you shouldn’t underestimate the range and reach of the sounds in this machine. The Nautilus uses the same PROG and COMBI method of sound layering that we’ve been familiar with in Korg workstations since the beginning of time.

The control system is minimal by today’s standards and is focuses around the 7″ colour touch screen which Korg has streamlined to make it as easy as possible to get to all the functions. It is something you’re going to have to learn and get the hang of. There are six quick access buttons which can take you to the places you most like to go and you can set up 4 templates for easier programming starting points.

There are 6 realtime editing knobs that dig into the most common parameters on PROG sounds and offer level control over COMBI sounds.

The Nautilus is a sampler with balanced stereo inputs that can quickly capture anything coming into the machine or it can resample a performance that’s going on internally. Korg’s Open Sampling System supports the EXs sample library and AIFF, WAV, SoundFont 2.0, and AKAI S1000/3000 format samples can be loaded into memory via USB memory.

The workstation nature of Nautilus means that it is a standalone audio recording and MIDI sequencing powerhouse. 16 tracks of MIDI and 16 tracks of audio recording are available which turns it into quite a capable production machine. There are 16 onboard effect processors, with 12 inserts and 2 master effects. A 3-band EQ is provided for every audio track and the output of every instrument playing from the 16 MIDI tracks.

Will it sink the Kronos?

The Nautilus has almost all the power and possibility of the Kronos for around £500 less. Provided that the screen interface and just a handful of knobs suit your way of working then it’s an immensely powerful workstation that could make the Kronos superfluous. It’s still a serious investment as an instrument but it could run or even be your whole studio. I’ve only scratched the surface of the main features, check out the full information on the Korg website. 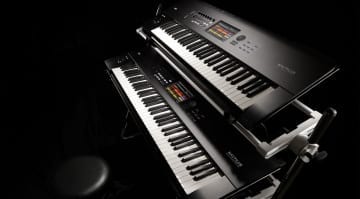 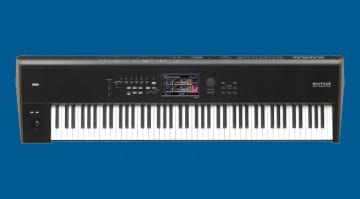 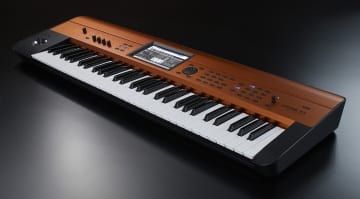 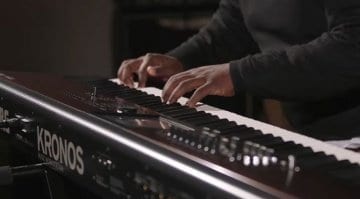 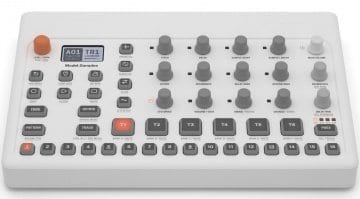 2 responses to “Korg Nautilus workstation: It’s official! All the specs, all the details, right here.”

This looks and sounds great.
However my question is, about wether Korg is going to release a new Wave Drum beyond the Global edition?

Wow! I just have found this news. Now, is very hard to decide me between this and Kronos Titanium, because of the new sounds of this. Look amazing also!