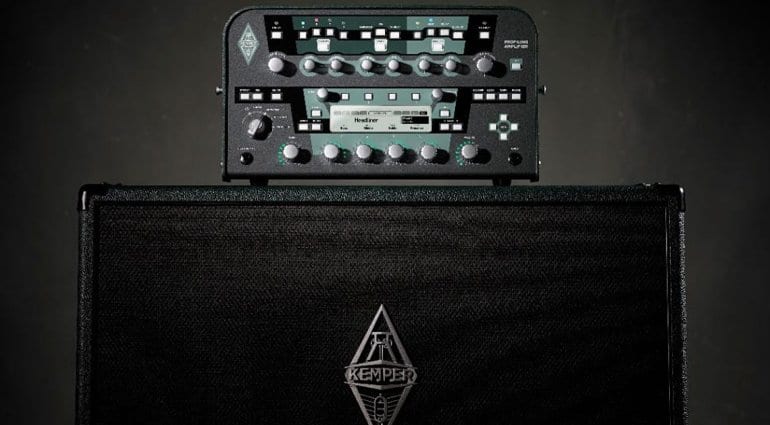 Kemper has added 5 new studio-grade reverbs to its Profiler amp. All you have to do to grab your new reverbs is update the OS to version 5.7.

The five new studio-quality reverbs are now available via the new OS 5.7 upgrade and they add Spring, Natural, Echo, Cirrus and Space effects.

The Spring reverb is sourced from 1963 Reverb Tank, which Kemper says is “the most sought-after spring reverb for guitarists”. The Natural reverb will do a range of different rooms, as well as plate reverb and even some synth style effects. Cirrus is a slower, more ethereal affair and designed for generating soundscapes, slow evolutions and abstractions. The Echo setting is simply a delay plus reverb. The Space effect is exactly the same as the global version of Space in the Output Section of the Profiler. It has the more natural reflections of a small, neutral sounding room. This one has the shortest possible room effect and so has no deep parameter controls. Instead, it just uses the Intensity parameter to manipulate it.

Kemper has also added the old Legacy Reverb, based on the very first reverb algorithm originally created for the Profiler. It is mainly there for backwards compatibility with older rigs that were created before this latest update.

You can download your upgrade from the link below and I have also included the official demonstration videos of teh new reverbs for you to check out as well.