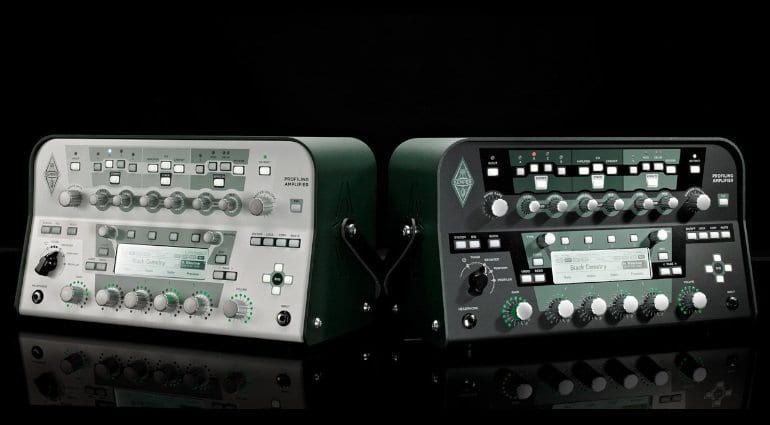 The Kemper Profiler was one of the first modelling amps to gain widespread acceptance in the guitar world. That’s primarily because it sounds like a real amp, and also because of it’s easy to use. With the new Kemper OS 5.5.2 comes some new features that should delight many players…

The big innovation is a series of 18 impulses from Celestion, which are installed free of charge for all. The S/PDIF digital interface now supports typical sample rates from 44.1 to 96 kHz when the profiler is the master. Via UI2MIDI, all changes to the panel or remotely can be forwarded as MIDI to a second profiler or the DAW, which should certainly cause less grey hair on larger setups.

The output now has the ability to send out stereo signals, so you can monitor in the rehearsal room in stereo or on the stage and send a signal FOH etc. Just note that both the Profiler PowerHead and PowerRack are only equipped with mono power amps, so you will need another amp to run stereo cabs.

Pressing a switch for at least 1-second changes the mode from Latch to Momentary. A nice feature for Freeze, Reverbs, Delays, Rotary or general modulation effects.

Kemper has also included a preview of the Spring Reverb in Beta 5.6.2. However, I would not play with the beta in a live set-up because it hasn’t been fully tested yet, but it is nice to have it to play with and experiment with. As always, the update to Profiler OS 5.5.2 can be downloaded directly from the website and is free for all users.