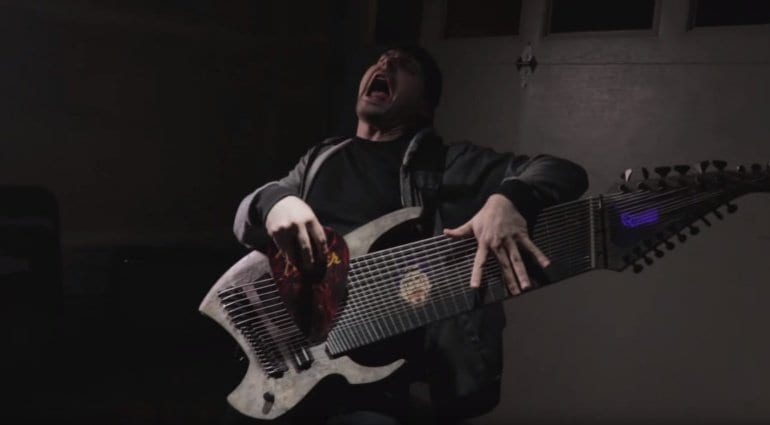 The bidding closed on October 14 at USD 16,400 for Jared Dines’ 18-string guitar eBay charity auction, an auction that was held to raise money to provide guitars to children. Then Jared received this message: “Don’t drink and bid on eBay. Sorry”.

It would appear that poor old Jared has been done over by an over exuberant eBay bidder who had a few two many brews whilst online. We’ve all done it, but this has left poor Mr Dines with a big hole to fill, as he was going to donate every penny to help raise money for kids. 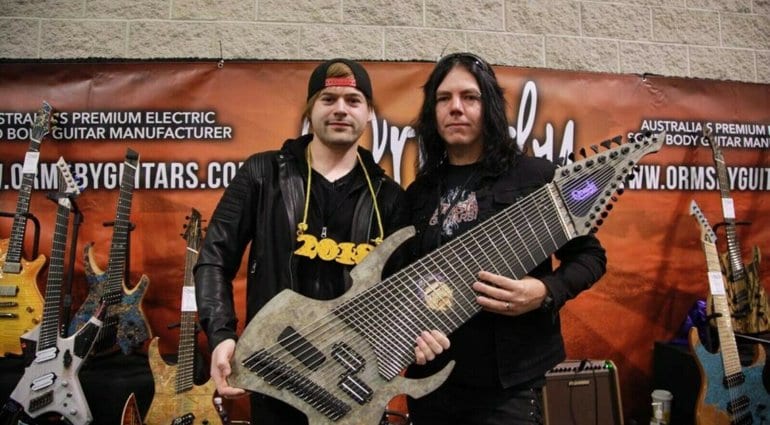 Jared Dines and the 18-string beast!

Then things got even worse. The next bidder in line also bailed on their bid. Dines explains: “The person behind him also messaged me and said, ‘I got drunk and bid on eBay.’ ”

Sounds like the whole thing was a failure. Now Dines says that he is hesitant to re-list the Ormsby out of concern he’ll just get “trolled” again. But he goes on to say he’s “still gonna make it happen regardless … I’m still gonna get kids instruments. If I have to pull out of my goddamn pocket, I will.”

You can watch the video below where Jared re-tells the whole incident. At least Jared is still trying to do a good thing – hopefully next time he can pull it off! 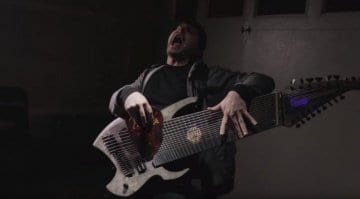 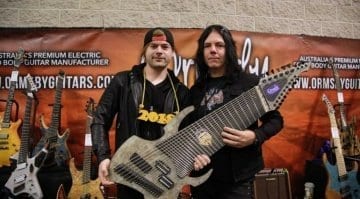 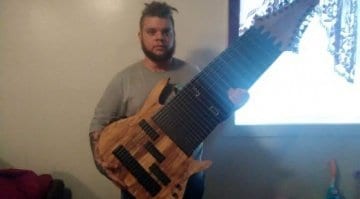 Gee, I wonder why people aren’t interested? Maybe don’t commission something inherently unplayable and unlistenable for the sake of content. Did he really think someone would drop $16,000 on this thing? I can’t see anyone dropping more than $500 for that joke of an instrument. Instruments for kids is like the biggest bunch of nonsense on YouTube. Just once I would like them to raise money to give instruments to stray animals. There is a stray guinea pig down at the end of the street that could really use a $79 Squire strat.

Can’t possibly feel sorry for this guy.
If anything, this was fitting for such an over-the-top ridiculous instrument.