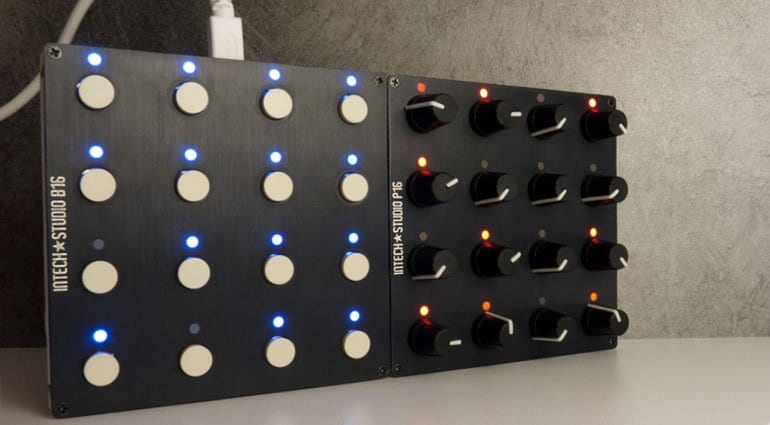 Intech Studio releases a few details of their forthcoming Grid modular MIDI controllers ahead of their debut at Superbooth 2018.

I’m going to stick my neck and make the assumption that by “modular” they mean that you can use a number of these modules together rather than it having anything to do with Euorack or modular synthesis. At the moment there are two modules, the B16 button controller and the P16 knob controller. The website says “The first four controller modules will be presented at Superbooth18″ which means there may be more we haven’t seen yet.

This image from their Facebook page suggests a Grid with 4 knobs, 4 buttons and 4 faders. 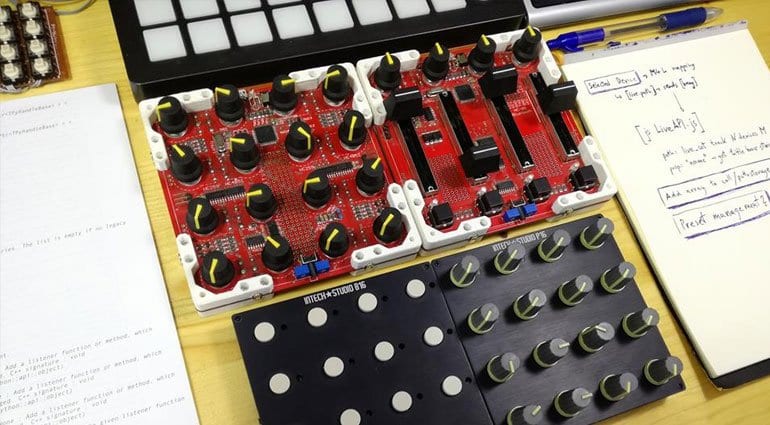 They seem to connect to each other in a very similar way to ROLI Blocks. In the video the P16 is powered by USB while the B16 appears to snap alongside, presumably magnetically and receives its power from the P16. The “Grid” idea suggests that you can build up a control surface with any number of these 4 x 4 controller boxes.

We’re not short on MIDI controllers, but something very configurable, easy to map and responsive could be very interesting. 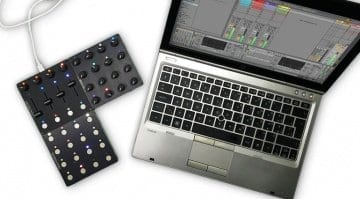 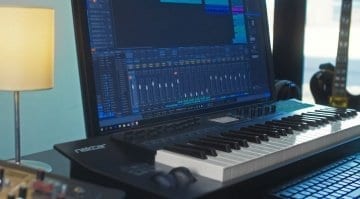