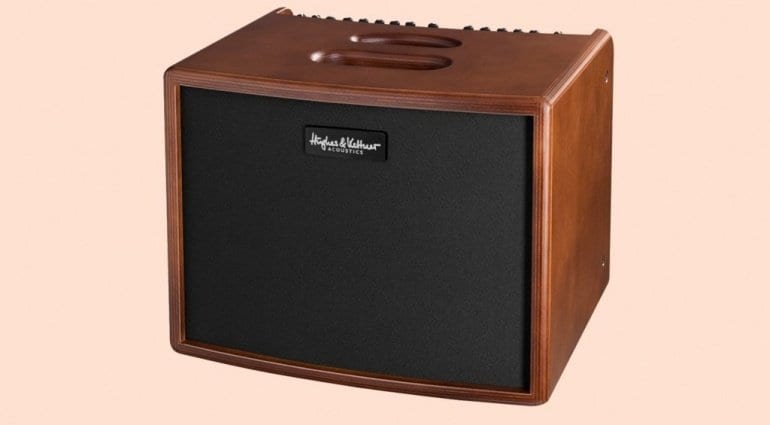 Recently spotted lurking at a live gig in Germany, we gave you a heads up about a possible new acoustic amp on the way from Hughes & Kettner. The Era-1 acoustic amp has now been officially announced. The new 250 W amp is aimed, as we expected, at acoustic guitar players.

The Era 1 250W combo was designed in conjunction with acoustic amp guru and AER man Michael Eisenmann. It’s being built in Germany, and features 16 onboard effects as well as four channels. Two channels are identical and can be used for either your guitar’s signal or vocals. That might make for easy set up when gigging.

Channels 1 and 2 offer controls for Gain, Bass, Mid, Treble, FX Preset and Volume and pressure switches for -10 dB pad, Shape, Mute and EQ-On / Off. The master is divided with an additional potentiometer for notch (centre hole). Channel 3 only receives a volume control and is responsible for the AUX input. Channel 4 is the FX return and can not be controlled.

The amp sports two independent effects channels, each with 16 onboard effects including Reverb, Chorus, Flanger, Delay and Combinations.

At the rear is a DI Out and the FX loop with a small level control, a Tuner Out, Footswitch In, CH 1 and Ch 2 Inputs XLR / TRS, Ch 3 mini-jack in, headphone output, line out plus level control and an optical output.

So with plenty of connectivity, this could be the perfect amp for acoustic players and if you like the sound it produces with those 250 watts of power I’m sure you’ll be pleased by its fairly small size and form factor, which should make it easy to move around.

At the end of the day, the popularity (or otherwise) of this amp will be down to its price point, which has yet to be confirmed. But we hear it will be around the EUR 1190 mark. You can watch the two official demo videos below to get a feel fro the amp and if you speak German (if not turn on the English subtitles) you can listen to what Michael Eisenmann has to say about his design. 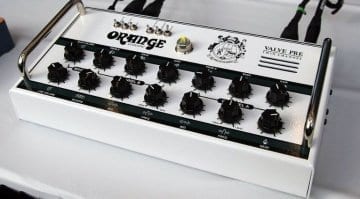 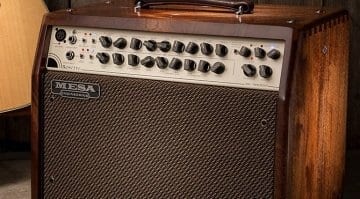