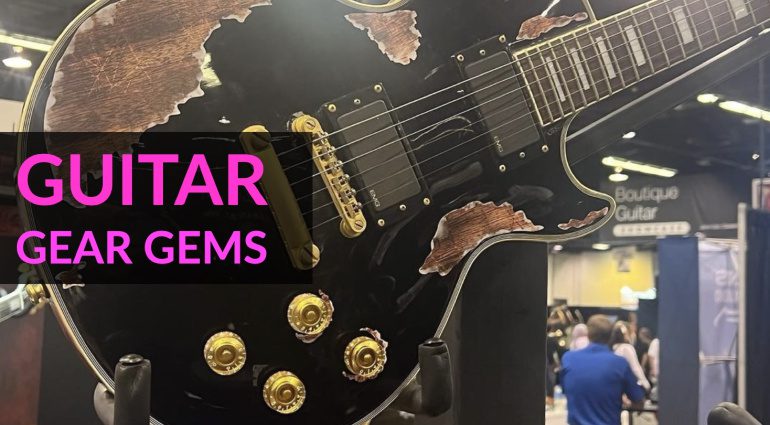 It’s time for the Guitar Gear Gems NAMM 2022 roundup with all those little oddball things that appeared during the three-day show in Anaheim. It was a mish-mash of gear this year and some of it was very strange!

This week on Guitar Gear Gems I have rounded up a few interesting new products that were shown over the weekend at NAMM 2022. With a couple of interesting new pedal releases, plus some interesting new guitar hardware. But first, we have to talk about these oddball stickers. 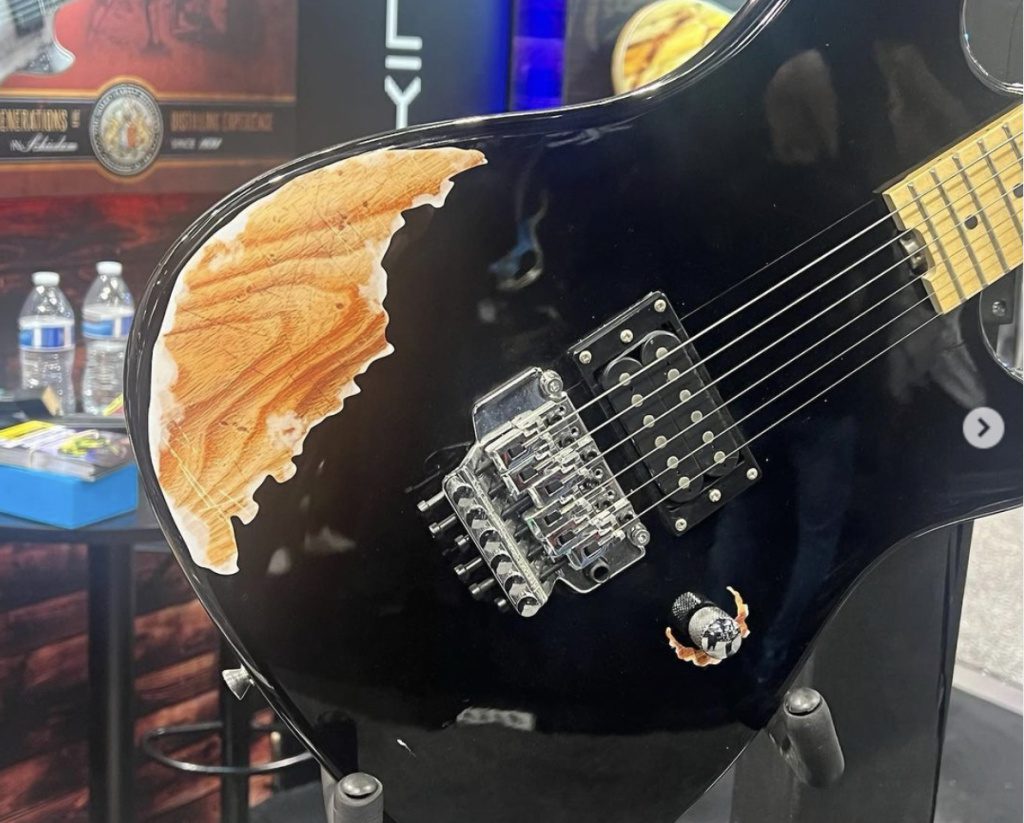 The Inzane Skins Patches being touted by Phil X was probably one of the strangest things at NAMM 2022. These stick-on relic patches are designed to give your guitar that worn-in and well-loved look, without any effort. I must admit that I personally think they just look daft, but you may love them.

They may well win the award for the strangest bit of guitar gear announced at NAMM. Maybe playing Bon Jovi songs every night has tipped poor old Mr X over the edge? 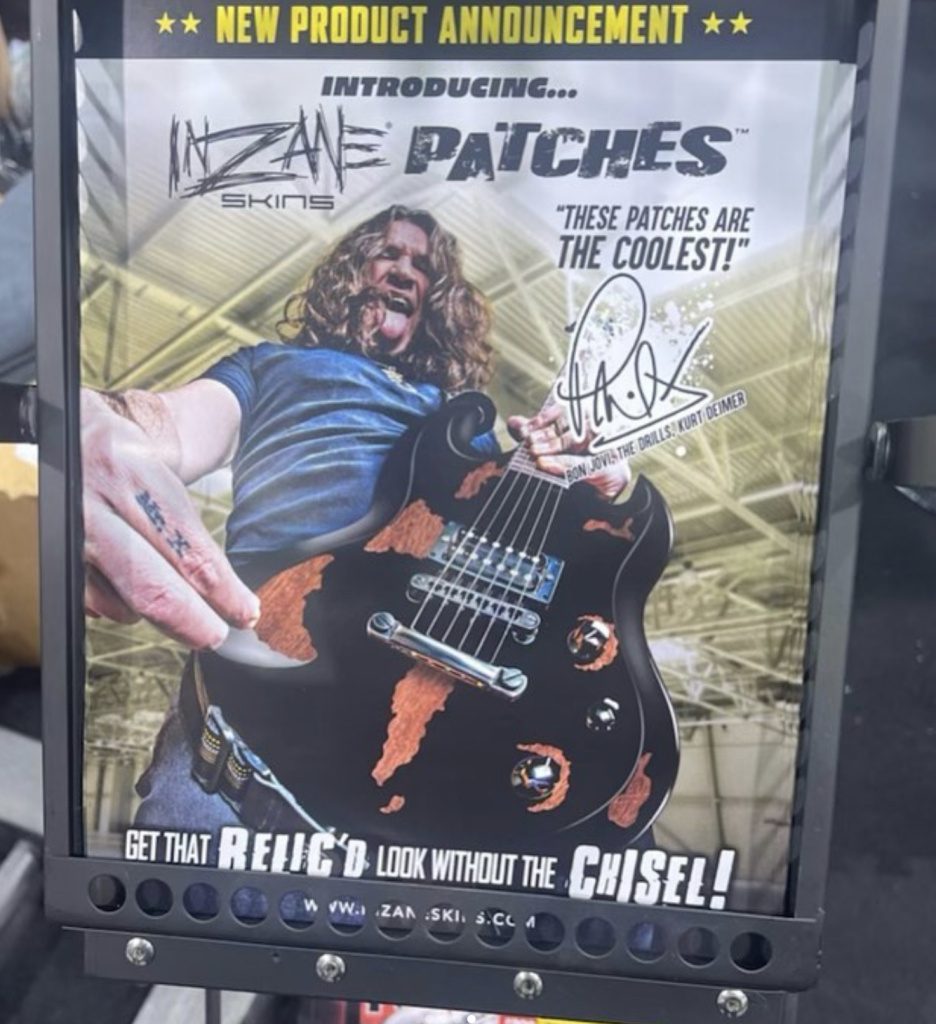 The new MXR Custom Shop double down pedal is a collaboration between the company and Jack White. This pedal feature not one, but two MXR Micro Preamps circuits in one pedal, with controls labelled Gain 1 and Gain 2. This Third Man Records collaboration should be available soon and I’ll update you when I know more. They showed off versions in both yellow and black during NAMM and hopefully, they will be available soon. 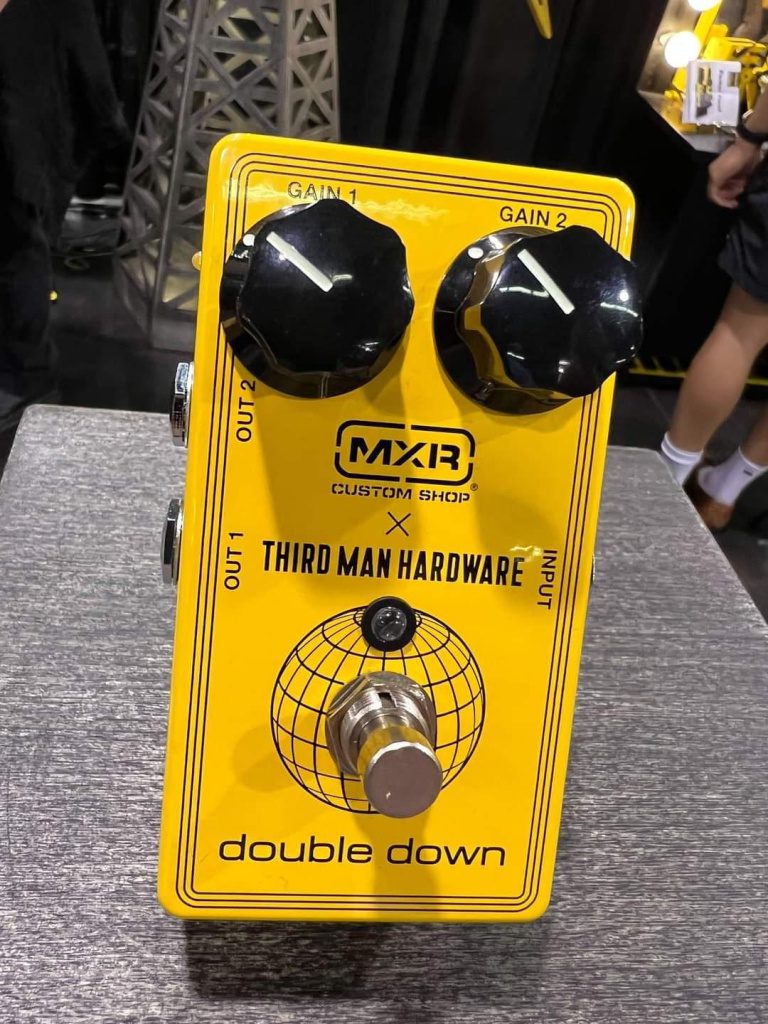 Vega Trem has an all-new Telecaster trem system coming.  They were showing off an example over the weekend during NAMM. Called the VT-2 it has six individual brass saddles and is attached to a Telecaster-style bridge plate. You can hear it in the Instagram video below.

It looks well designed and if it is like their other products then it will also be really nicely made. 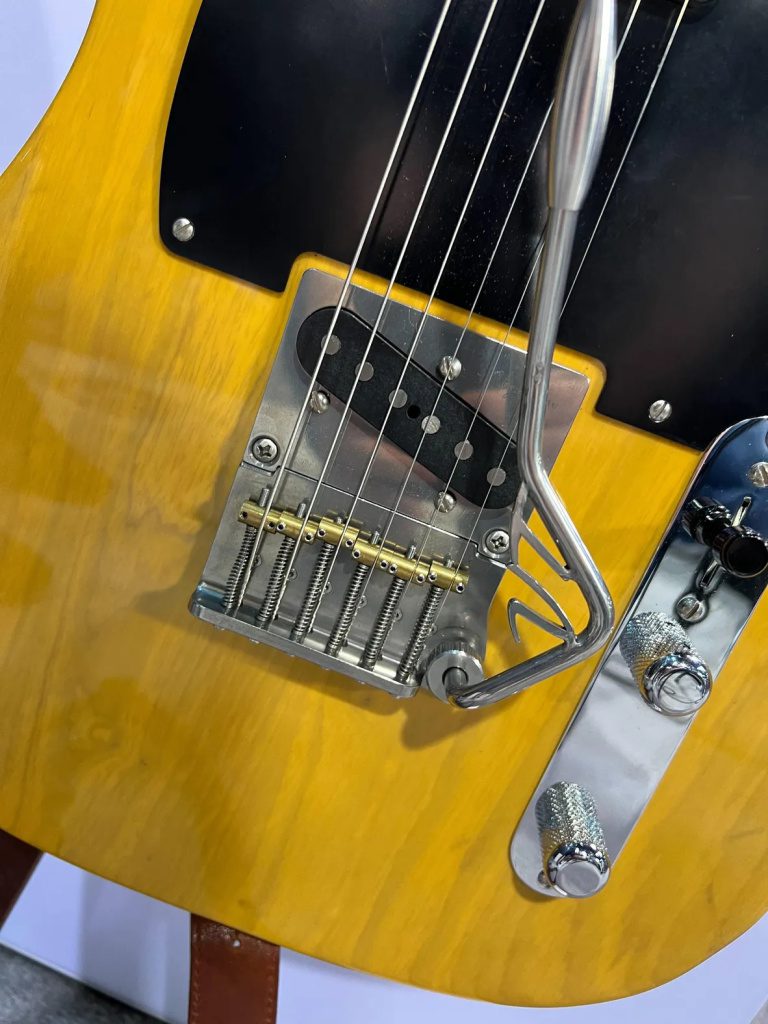 Vega Trem makes some great trem systems and they are well worth checking out if you need a new trem system for your favourite guitar. This latest model could be a winner for all the Tele players out there who would like a trem but don’t want to butcher their favourite guitars.

The new Surgeon V2 Delay from Matthews Effects looks interesting. It has eight different delay algorithms in four categories: EQ, Mod, Auto Filter, and Dual Delay. It also has user presets, an expression input and MIDI functionality. For such a compact delay pedal, there are a lot of useful options here. 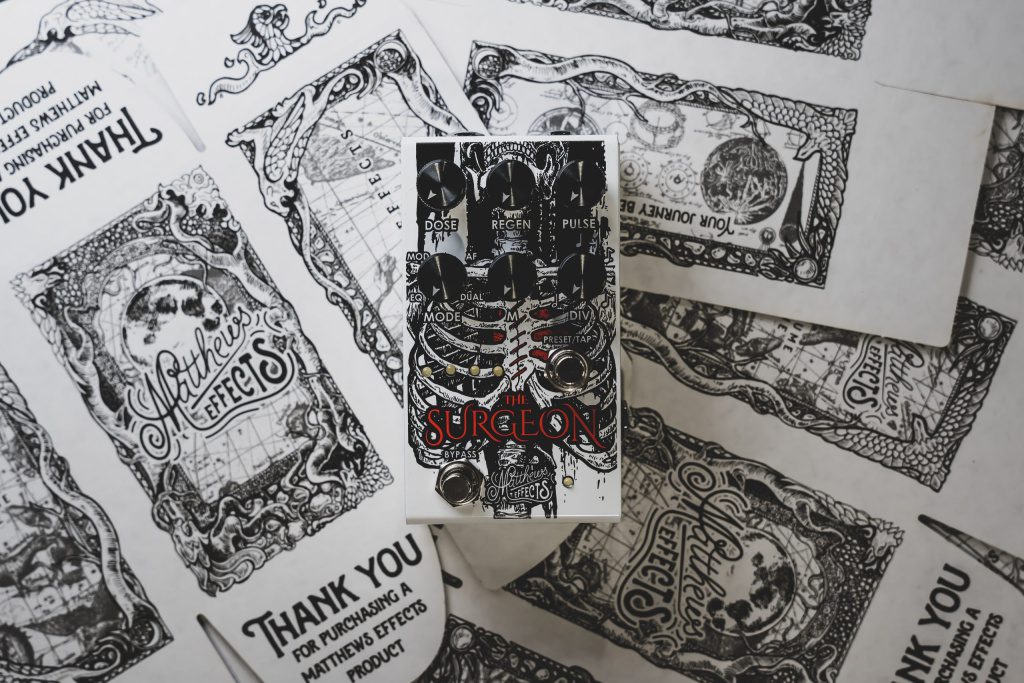 Thankfully, the Surgeon V2 also has a handy computer editor for both Mac and Windows. This allows you to create and store presets, plus it gives control over all the pedal’s features and settings. You can hear the new Surgeon V2 pedal in the demo video below. 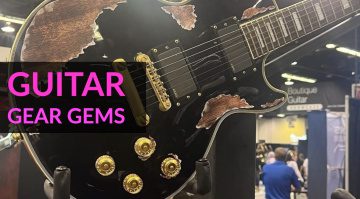 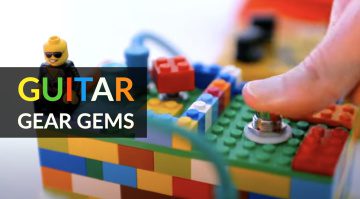 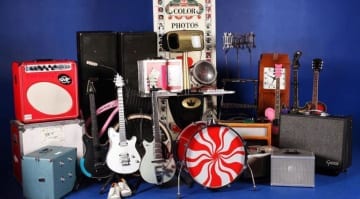 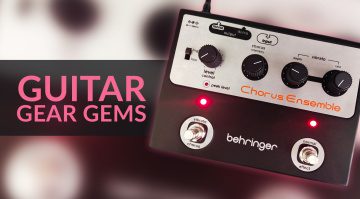 I guess those stickers will be cheaper than paying Fender several grand to beat a custom-built Strat up for you, just so you can pretend you’re a ‘real’ musician and not an investment banker with far more money than sense 😉