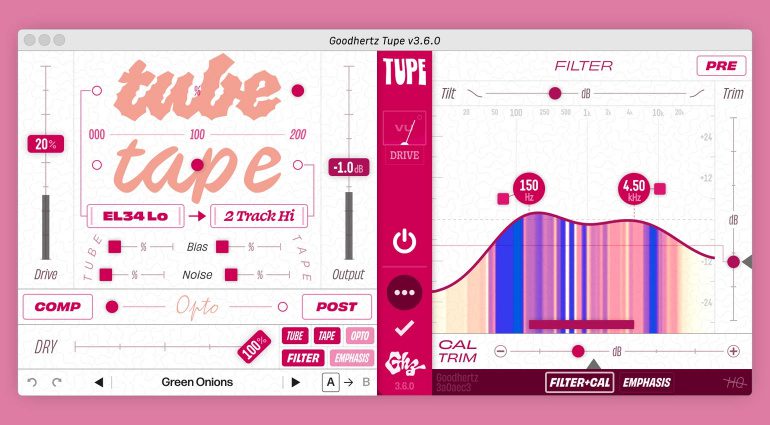 The Tupe plug-in from Goodhertz was originally announced in November 2020 for a release this February. But development dragged on until July for some reason, and the outcome is that Tupe is finally out – but no one outside Gearspace seems to know. This has been a surprisingly low-key launch for a plug-in that actually sounds great – to the point one may be willing to look past its obnoxious interface and high price.

Tupe (made up of the words tube and tape) blends saturation from 9 tube preamps and 4 tape machines. The tube and tape models have bias and noise controls to dial in their specific sounds. Of course, saturation like this is dime-a-dozen now – it takes extra to come up with something both interesting and useful. Tupe has that by virtue of combining tube and tape distortion with an expressive filter, a so-called ’emphasis’ section, and an opto-style compressor. The filter is based on Dr. Moog’s 60s-style ladder design, which is also capable of self-oscillation. The emphasis section lets you place the filter before the saturation in the signal path for a different texture. You can do the same for the compressor – this option is called ‘SAT mode‘.

Additionally, Tupe features a tilt EQ and auto-gain – as saturation and distortion increase, the plug-in automatically compensates the output volume. This makes things easier for your hearing equipment and mix balance. Finally, there is an HQ mode and a master mix control. With everything it has to offer, Tupe can give your audio tracks subtle saturation, grungy distortion, or anything in-between. Depends on your mood.

The user interface is objectionable, to say the least. And the USD 129 price isn’t prohibitive, but it requires some consideration. On the flip side, Tupe is versatile and it sounds amazing. Try the demo by all means and let your ears be the judge.

Sold for USD 129, Goodhertz Tupe is available in VST, VST3, AU and AAX formats for macOS (10.9 or newer) and Windows (7 or newer) 64-bit computers. You can download a demo version from the Goodhertz website. 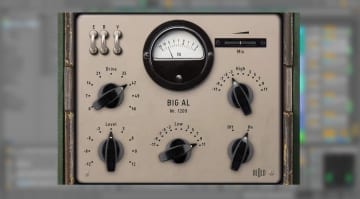