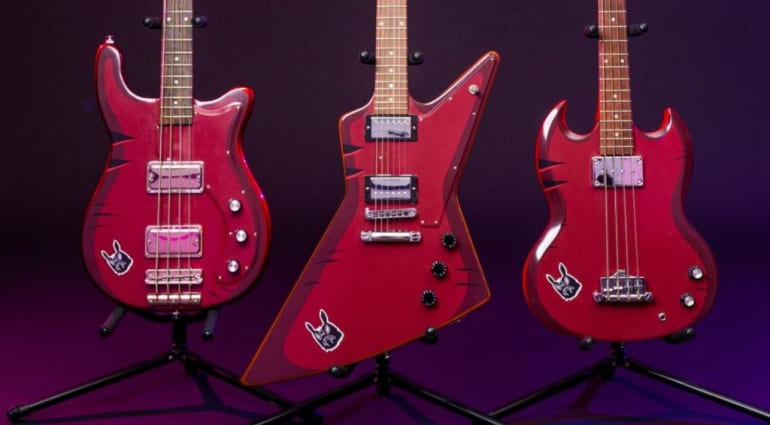 Finishing off 2020 with a rather interesting flourish, Gibson has just announced a collection of an Explorer model and two bass guitars, the Embassy and an EB-0. The special ingredient? The three instruments are themed for the TV character Marceline, The Vampire Queen from the show Adventure Time: Distant Lands-Obsidian. The three instruments are one-off models destined for a special giveaway Gibson is running with HBO Max.

Admittedly, we had to use Google to find out who Marceline, The Vampire Queen was (although some of us, at least, had heard of the show). The Explorer and two bass models, an Embassy and an EB-0, are all styled accordingly. Each model has custom graphics based on the TV show and they’re definitely in keeping with the show’s aesthetic. The models themselves are all Epiphone branded and they remind me of the Emily Strange SG models, which had a similar tie-in around 2005. Those models were quite popular at the time and so these new Marceline, The Vampire Queen editions could follow on in a similar manner for the kids of today. 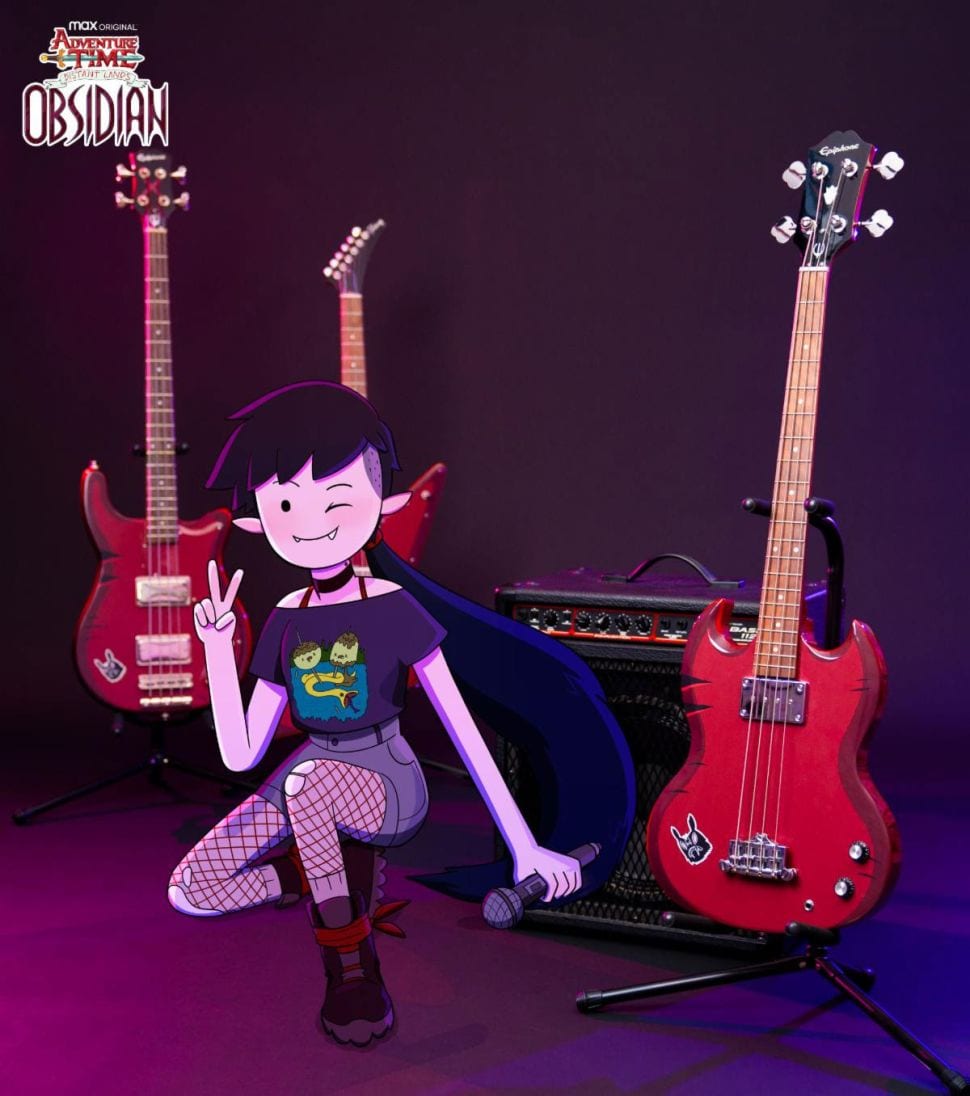 The three instruments are the prize in a sweepstake launched by Gibson in cooperation with HBO Max. Entrants (US only) can win one of these three instruments. I quite like the tie-in with this particular brand, as Marceline is known on the cartoon for playing the bass and owning a load of guitars. If it encourages younger fans of the show to pick up an instrument, then I’m all for that, plus all the geeks will love this release too!

You can see Chilean bassist Frescia Belmar performing Woke Up, a song from the show, in the video below. The link to the sweepstakes is below, readers outside the US may be unable to see the competition.