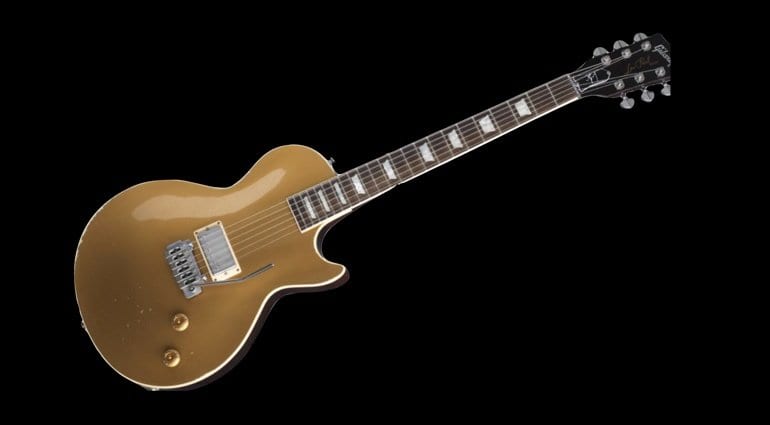 I wrote about this guitar back in February this year and we have been waiting patiently since. Now it’s finally here! 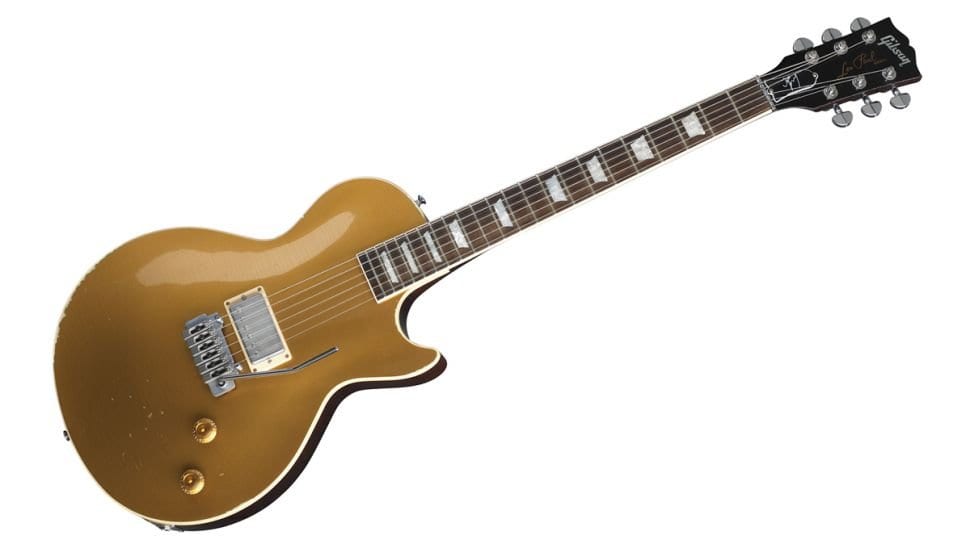 The new Gold Rush model is based on a single 498T humbucker pickup Les Paul Goldtop but includes a Wilkinson/Gotoh VS100N two-point tremolo system and a neat rear belly cut. There is a push/pull coil-split on the tone knob and a single volume control, as opposed to the standard four-knob Les Paul layout. No need for a switch: there’s only one pickup.

It has a ’59 profile mahogany neck and body; the body is finished in Antique Gold and hand-aged at the Gibson Custom Shop. 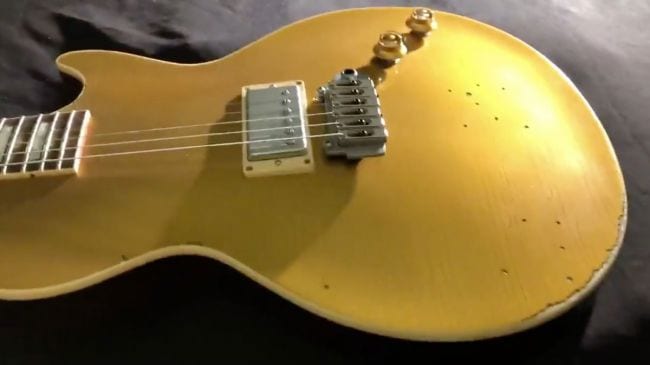 The guitar signature will only be available in limited numbers, with 25 signed and 125 unsigned models available worldwide. Just like his previous Boneyard signature model, it should sell out pretty quickly! 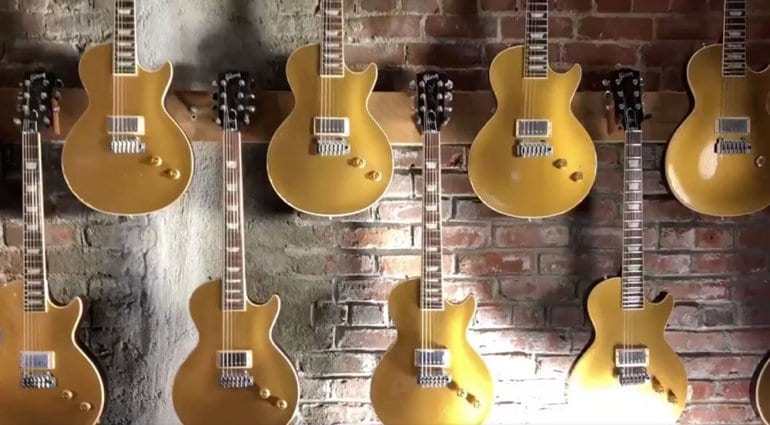 If you really want a single pickup Les Paul, but your budget won’t stretch to this Gibson Custom Shop one, then you may want to consider the new Epiphone Jared James Nichols Les Paul Custom instead. It hasn’t got a trem system though, but its about a tenth of the price!