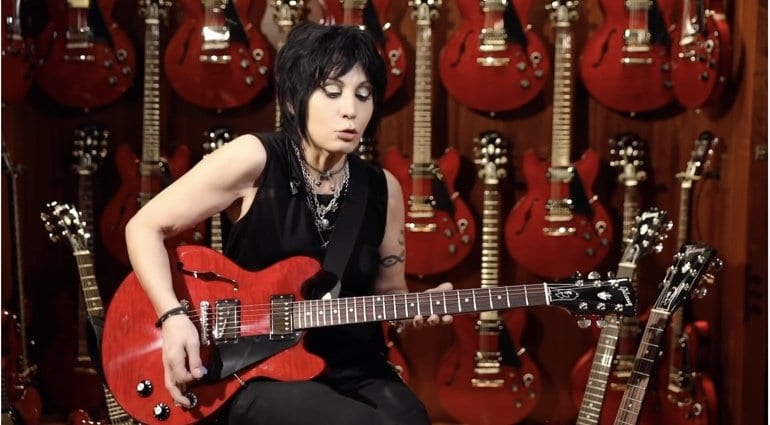 US guitar maker Gibson has just announced a cherry bomb of a rock’n’roll machine: it’s the Joan Jett Signature ES 339! This guitar comes has a sweet look and took nearly two years of touring R&D with Joan, according to the PR material.

ADVERTISEMENT
ADVERTISEMENT
The body of the Joan Jett Signature ES 339 is made from three-ply AAA figured Maple/Poplar/Maple veneers. Its deep Wine Red finish looks very fetching.It also has a thermally engineered chambered maple centre block and a thermally engineered Adirondack Spruce bracing. What that means is that the woods are heat treated to remove any moisture, which should help maintain the structural integrity of the instrument. In theory, it also has an effect on the sound, giving the guitar a more bell-like tone when strummed.
The neck is quarter sawn mahogany with a rounded C profile and a dark rosewood fretboard loaded with medium jumbo nickel frets. You get a bone nut and ABR bridge with nylon saddles, which will all nudge the guitar toward a certain tone. 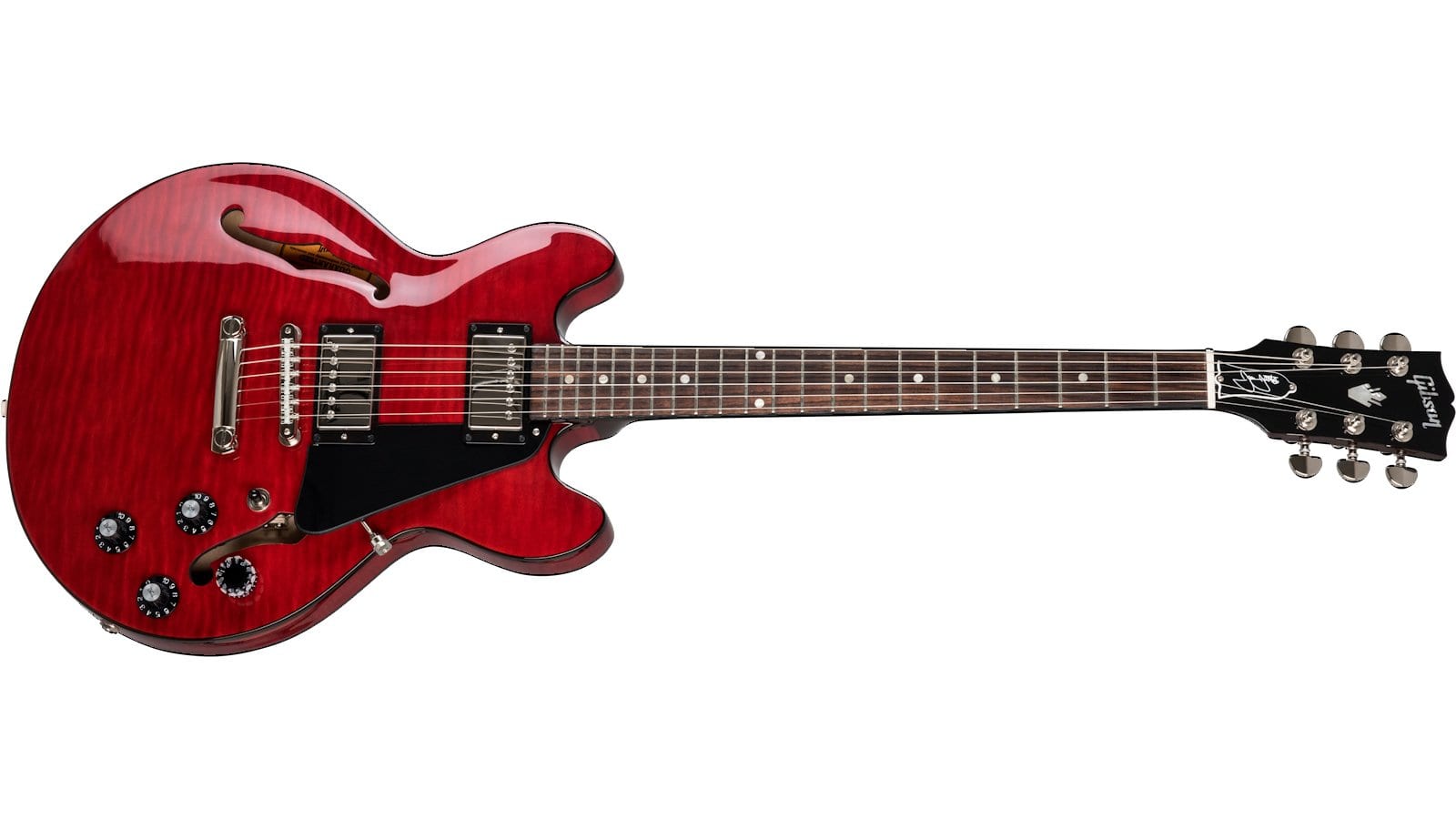 This model is hand-wired, with Orange Drop capacitors and a pair of BurstBucker 2 humbuckers wired via a three-way toggle switch with twin Volume /Tone controls. It has Black Witch Hat control knobs, but with a Modified Speed Knob for the bridge pickup volume, as per Joan’s request. This new Joan Jett Signature ES-339 will be produced in a very limited run of only 150 guitars, with the first 50 hand-signed by Joan herself. It is a pity that it isn’t in full production, as the specification looks very good on paper.

I always associate Joan with the punk-ish single pickup Rock’n’Roll Gibson Melody Maker. To see her playing a hollow body is an interesting concept. But she has the attitude to play anything! The buyer of course, gets the obligatory limited edition Gibson Joan Jett Signature hardshell case and custom Joan Jett certificate of authenticity with each guitar. Check out Joan talking about her new signature model in the official Gibson video below.
RRP –  Standard version EUR 2699 or hand signed EUR 3699 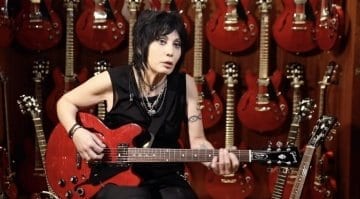