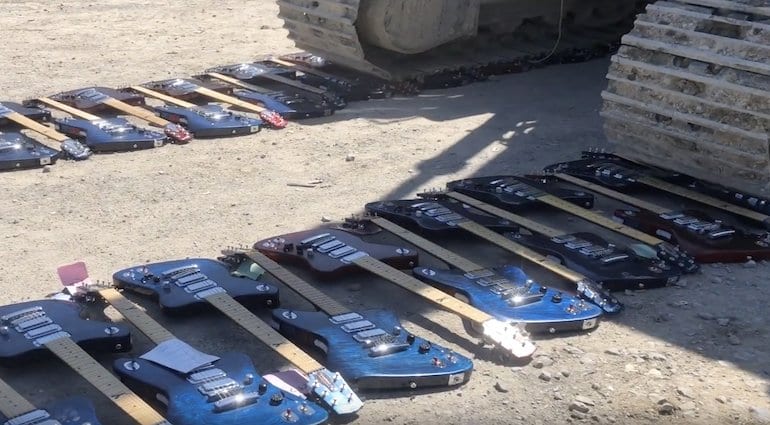 Yesterday a video surfaced on YouTube and in the video you can clearly see hundreds of Gibson Firebird X guitars being systematically destroyed by a digger with caterpillar tracks. The video appeared on BJ’s World YouTube page.

This destruction of hundreds of Gibson Firebird X guitars goes to show how wasteful the guitar company can be. Essentially, all that wood and hardware was destroyed, because of poor quality control within the workshop that built them.

I find it worrying that Gibson could have ever let it get so bad, that they would need to destroy so many instruments!

These guitars were built during Henry Juszkiewicz ownership of the company and it says so much about how poorly he ran the company during his tenure as CEO.  BJ Wilkes was the man behind the video and you can hear him in the second video below explaining why this was done. Apparently, it was all post-Henry and was part of the company’s way of clearing the mess that he had left behind.

Tell us what you think in the comments section below.

Gibson has released the following statement in response to this video