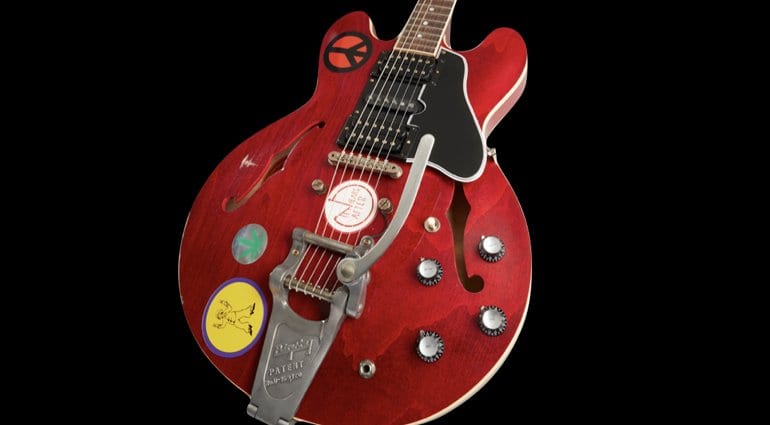 Gibson is to release an Alvin Lee ES-335 ’69 Festival’ signature model, a limited-run replica of the Ten Years After guitarist’s favourite hollow-bodied instrument from the Woodstock era.

This ES-335 comes with 3 pickups in HSH configuration, the central single-coil being a Seymour Duncan SSL-1. The humbuckers are both uncovered Alnico III Custombuckers.

It has a traditional three-ply body and comes with a lightly relic’d sixties cherry finish. The guitar is also adorned with the same stickers that Lee added to the guitar. The mahogany neck has a rosewood fingerboard and medium-jumbo frets.

Other features include a vintage correct No-Wire ABR-1 bridge, Bigsby B-7 tailpiece and a set of Kluson Single Line, Single Ring Tulip tuners. 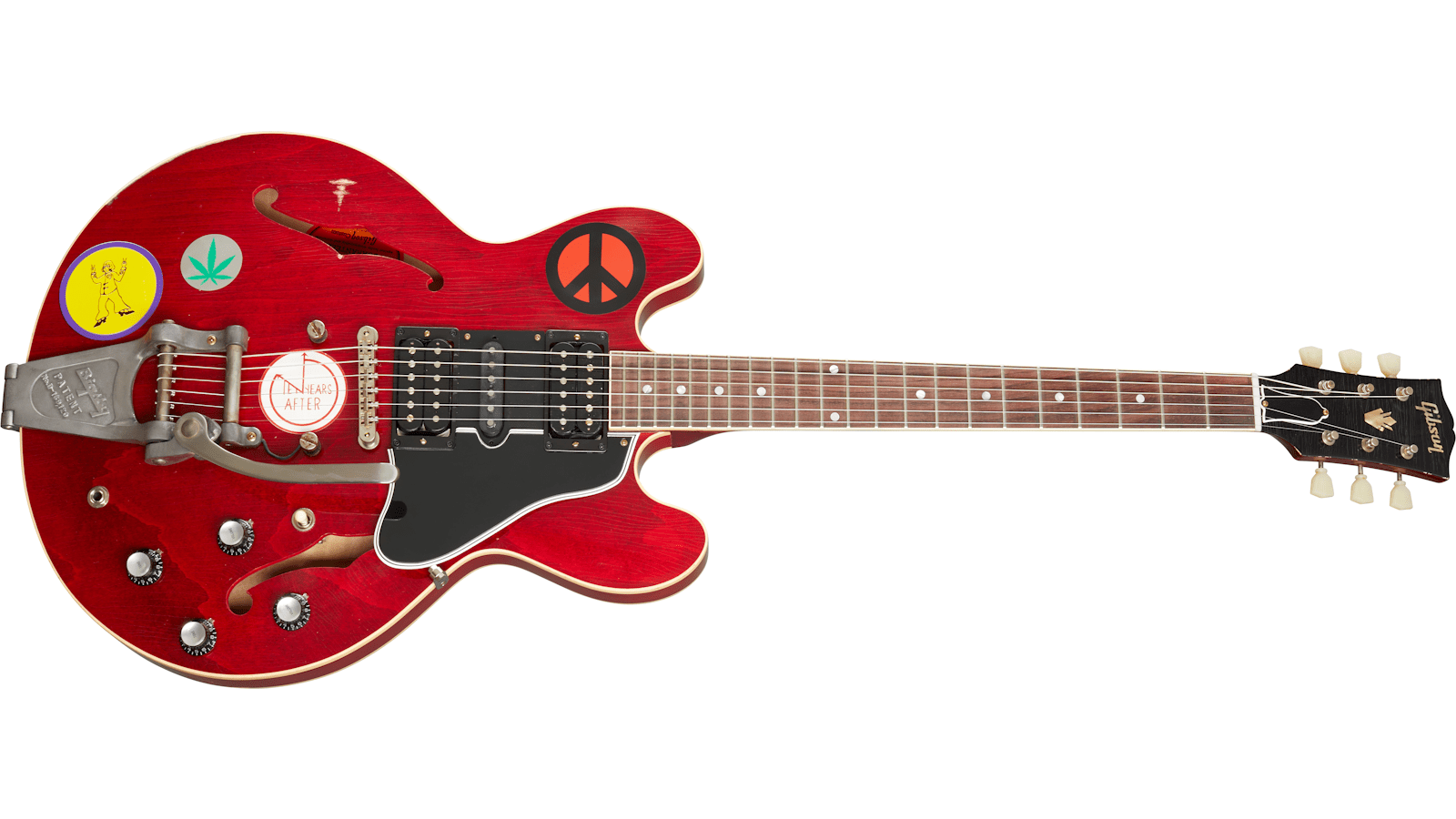 The guitar was made famous by Ten Years After’s performance at Woodstock and has become associated. According to the Gibson press release:

“When Ten Years After took their heavy, manic blues-rock to the stage at Woodstock in 1969, they unleashed a performance that came to define not just the legendary festival, but the spirit and sound of a movement. Following their set, which ended in a blistering rendition of I’m Going Home, Ten Years After catapulted to stardom and Alvin Lee joined Eric Clapton, Jimi Hendrix and Keith Richards as one of the most influential guitar gods of the time.”

You will need to pre-order one if you want it and the run of guitars is limited to 50 models worldwide, so they command a fairly high price tag. Each aged replica will ship in a Custom Shop hard case and with a  Certificate Of Authenticity. You can watch the original guitar getting a workout in the video below.