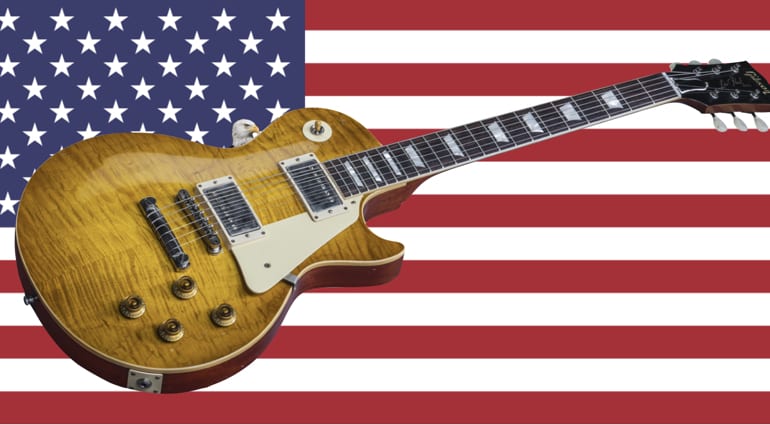 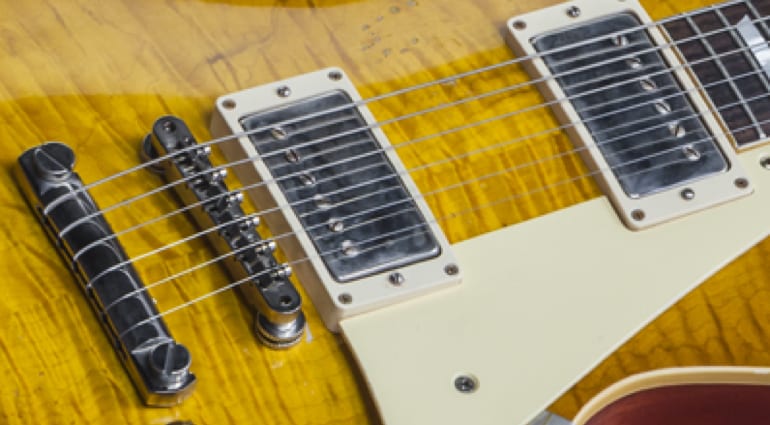 Update: Yes, this was our April Fools post. A secret stash of Slovakian rosewood infused with helium, and a guitar named after an anagram of Boat Anchor. Hope you enjoyed it as much as we chuckled away while writing it.

Gibson has just introduced a brand new Custom Shop series called the Abort Nacho ’59 Les Paul. Super lightweight one-piece mahogany guitars, they weigh only 7 lbs. But Gibson says these guitars do not use traditional weight relief techniques. Rumours are swirling about special lightweight woods used to keep the weight down…

Today Gibson has announced a new line of Custom Shop Abort Nacho ’59 Les Pauls. These super lightweight, non-weight relieved recreations of the classic 1959 Les Paul use a secret stash of mahogany that Gibson says has recently been uncovered at its factory.

The new ultra-lightweight models are all guaranteed to weigh under 7 lbs. So if you’re a Les Paul fan but also have problems with shoulder and back pain this new model should be on your radar! There’s just one catch, though: the price.

As we understand it, this run of Abort Nacho ’59 Les Paul models will be limited to the US market only. That’s because these guitars will use a fretboard made from Slovakian rosewood. Slovakian rosewood is still subject to strict CITES rules and cannot be shipped without extensive paperwork. That makes it highly unlikely that any of these guitars will make it outside of the US. 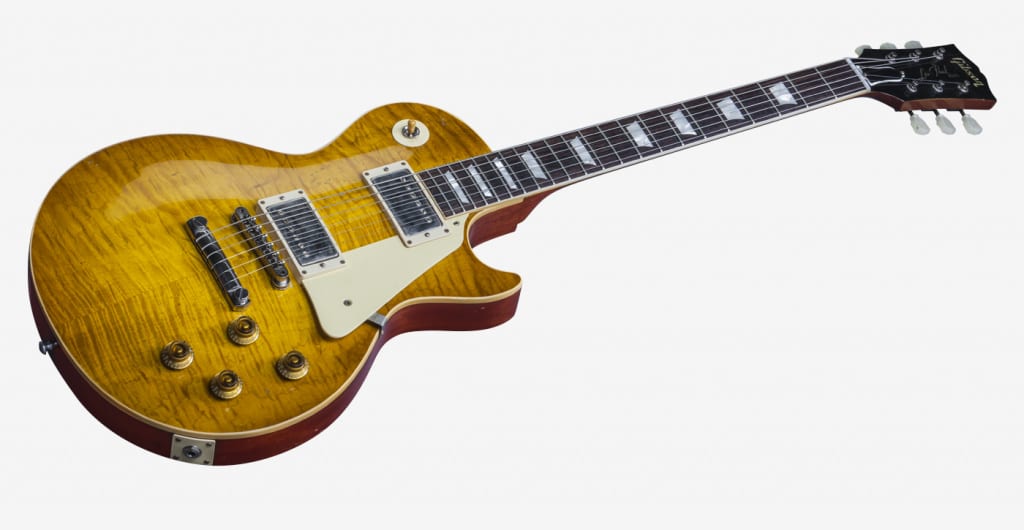 Common across the Abort Nacho series is a highly figured AAAA flame maple top using only select woods, again from the company’s private wood archive. Each guitar is finished in nitrocellulose and is lightly aged, including the hardware. All in all, these have been made up to look like a much-loved, well-cared for vintage instrument. 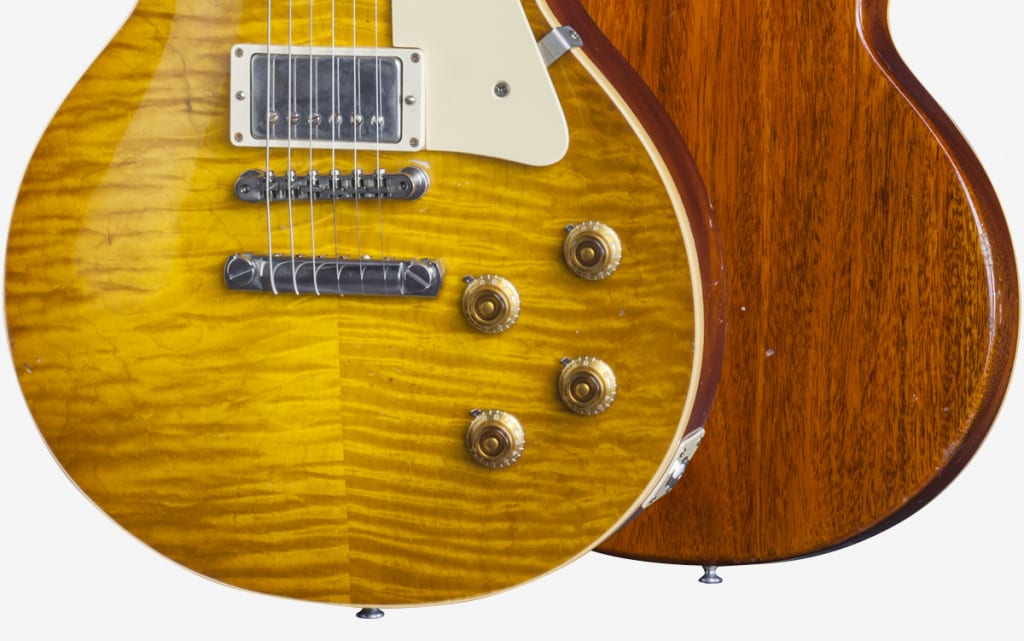 So now for the mystery: How does Gibson’s Custom shop make these new limited edition Abort Nacho ’59 Les Paul models so lightweight? Gibson is playing its cards close to its chest. But rumours are spreading on guitar forums that Gibson has uncovered a stash of old mahogany that, so the story goes, had been stored underground in a secret repository since the earliest days of Gibson’s first factory.

The wood stash got lost somewhere in the move to Gibson’s new premises and were rediscovered in a store room a couple of years back. The wood had been stored near a large amount of helium that Gibson uses elsewhere in its production process for its Custom Shop models. This helium, forum members believe, had permeated into this store of old mahogany, resulting in its low weight.

Of course, this highly limited run of Custom Shop models doesn’t come cheap and you will need to apply for one via your local authorised Gibson dealer. Each model will ship to its new owner with a hand-signed C.O.A giving the exact weight of your new guitar. A super special limited edition diamond key ring that will tell your friends how special you are too.

Allegedly Billy Gibbons of ZZ Top fame has already taken shipment of five guitars from this run, so there won’t be that many left afterwards. It’ll be a case of first come, first served with this highly limited release. So order now.