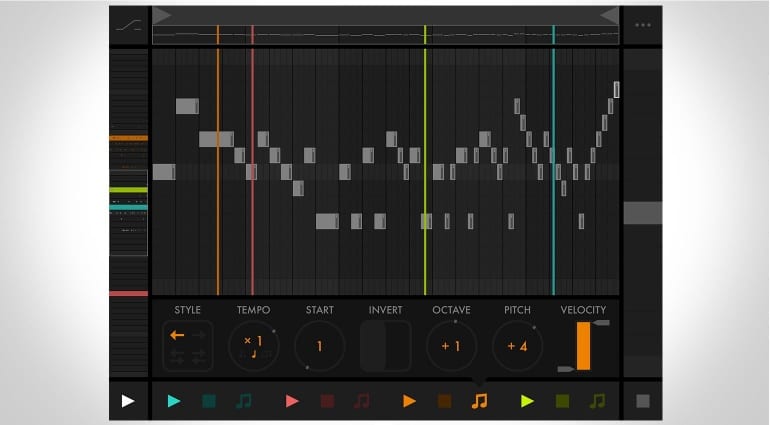 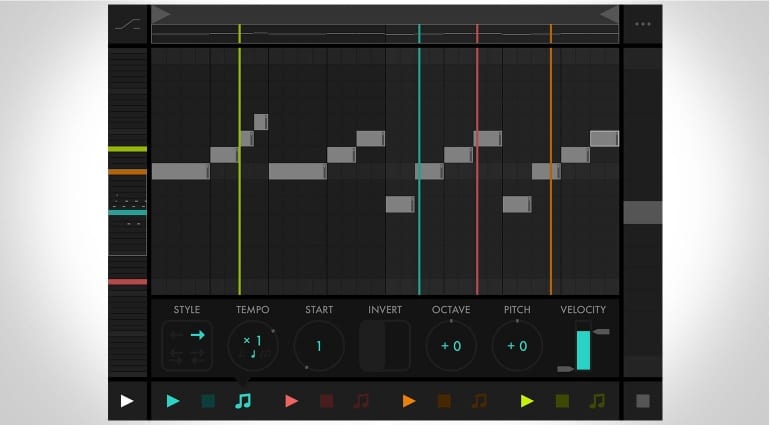 Inspired by the heady days of Baroque and Serialism, the Fugue Machine dives into melody manipulation in a way that would make Eno buzz with the possibilities. The idea was to take a sequence, represented in the good old piano roll, and roll it in four directions at once. It’s as if you had four pieces of tape that you could play independently at any speed and either forwards or backwards, and this is where the “multi-playhead” idea comes from.

You could have one playhead playing at a master tempo moving forward, another at the same speed but a beat behind, another moving backwards slowly and another running at a fraction behind the tempo so that it gradually drags behind the first. It’s kind of a mechanical concept reimaged digitally into the piano roll and it’s so obvious that you wonder why no one thought of it before, or at least since Bach and Schoenberg.

Fugue Machine is developed by Alexandernaut as an app for iOS and this new version 1.2 brings in the all important MIDI routing for each playhead. This means that you can allocate a MIDI channel and MIDI output to each playhead independently and so route to an internal synth app, or two, but also route out to external MIDI gear or into another computer. It greatly expands the sonic possibilities and gives it the opportunity to become part of a larger setup.

This is one of those apps that frustrate me slightly because it’s the sort of thing that would be awesome as a desktop plug-in but instead is stuck inside an under-powered stand-alone platform. However, the iPad’s power is coming along and with technology such as Ableton Link and the AUM Audio Mixer it’s becoming easier to integrate these cool iPad apps into your studio setup. The little video below shows you all you need to know about its music-making potential.

Fugue Machine is £7.99 and available from the iTunes App Store.
https://itunes.apple.com/gb/app/fugue-machine-multi-playhead/id1014191410 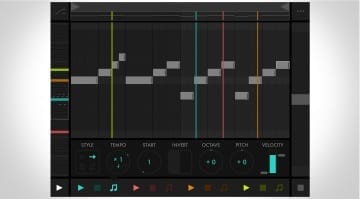 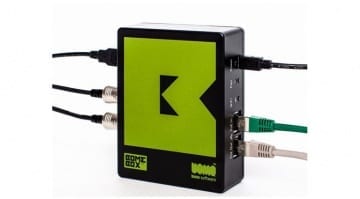