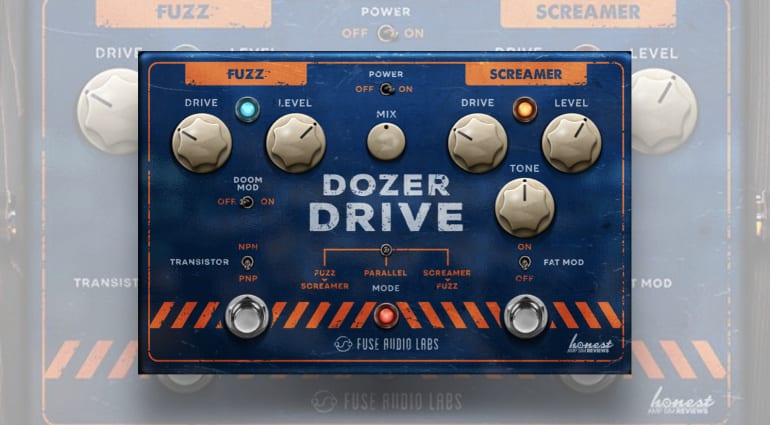 Fuse Audio Labs’ new Dozer-Drive plugin recreates two iconic guitar pedals, a certain circular fuzz box from 1966 and the little green overdrive from 1979. The beauty of this new plug-in is that you can run them in parallel, series or individually, plus there are some neat enhancements, including fat switches and even a Doom Mod mode to play with. Let’s dive in!

Just after I received and set up a new Apple M1 Mac mini in my studio setup, Fuse Audio Labs sent me a copy of its new Dozer-Drive plug-in to try out. So I was able to try the effect on both the new Apple Silicon-based machine and also my everyday MacBook Pro which uses an Intel 6-core i9 processor. For this review, I used Logic Pro X on both machines and tried a few different audio interfaces, and combined Dozer-Drive with various combinations of amp sim plugins. These included Helix Native, Guitar Rig 6 and Amplitube 5, as well as by itself to see how it affected my guitar signal/tone. 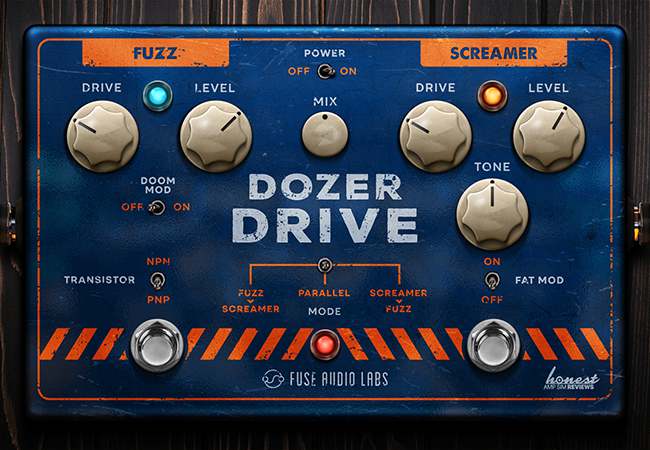 The interface is super friendly. You have a neat blue coloured virtual pedal with two sides. One is for your fuzz circuit, the other for your overdrive pedal. At the bottom of the Dozer-Drive, just above the big red virtual LED, you have your Modes and this allows you to set your effect order: Fuzz-Screamer, Parallel or Screamer Fuzz.

Each side of the Dozer-Drive has a virtual footswitch used to engage each circuit individually. There is a master power on/off toggle switch at the top, centre of the plug-in itself. 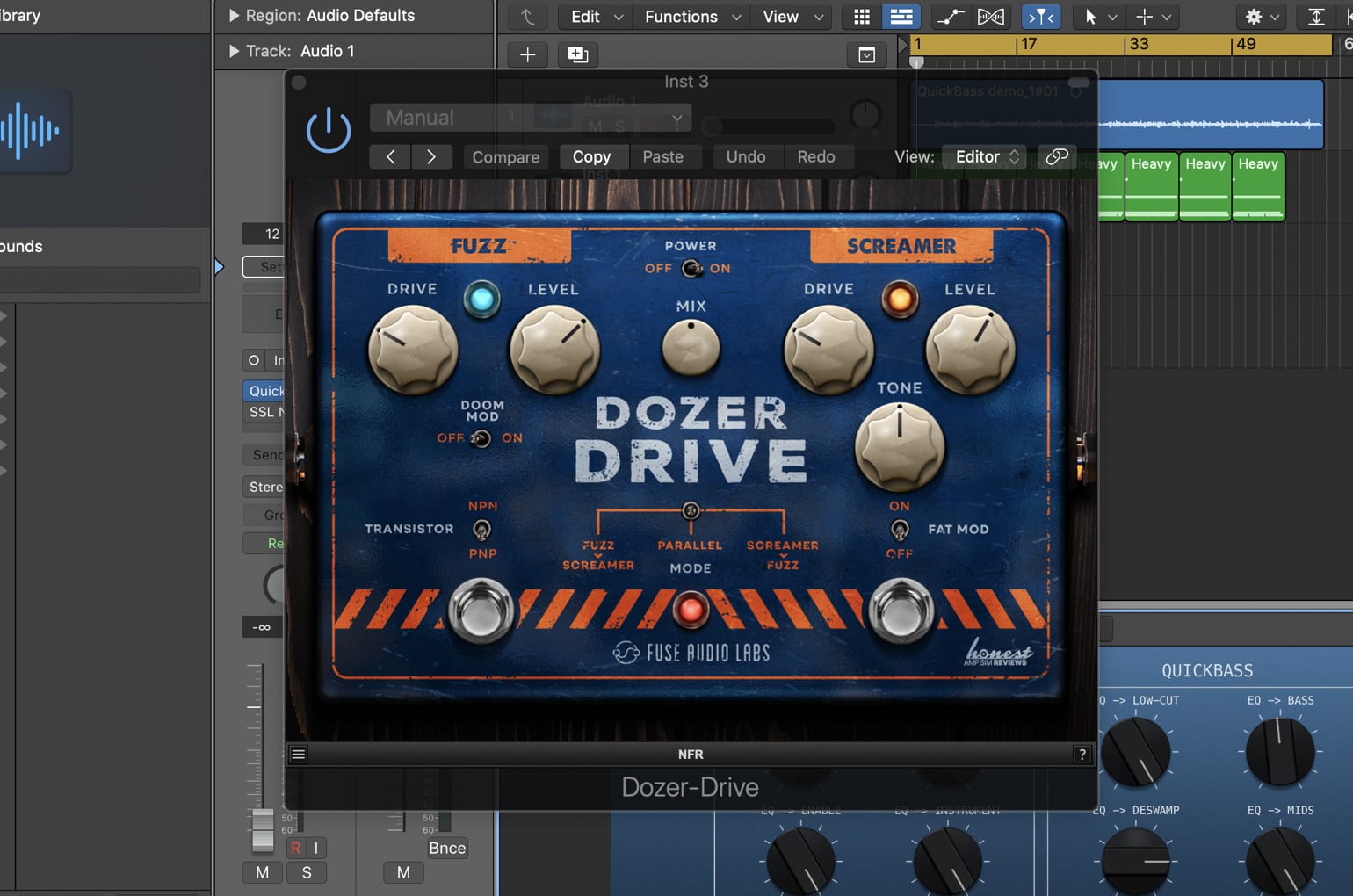 The Fuzz section is based around a Fuzz Face-style fuzz, and you can switch between NPN/Silicon and PNP/Germanium emulation. You have two controls labelled Drive and Level, plus a Doom Mod switch. Fuse Audio Labs describe this last one as “shifting the operating point of the Fuzz section to give you the ultimate doom/stoner sound”, and it does a pretty good job of doing exactly that. Overall, I found the two fuzz circuits did a very reasonable job of emulating both NPN and PNP circuits, with the NPN giving you a more aggressive brash fuzz tone, as you’d expect.

This whole section is dedicated to the Maxon/Ibanez TubeScreamer-style overdrive pedal, with controls consisting of Drive, Level and Tone, along with a Fat Mod switch. The latter bypasses a virtual capacitor in the Screamer’s tone circuit for more low end.

The plug-in is super simple to operate. Each mode offers you a nice variation that has a noticeable effect on the tone. So just re-ordering the two effects or running them in parallel makes huge differences. If you need a little help getting started, Fuse Audio Labs has included 40 factory presets that cover a lot of ground. Overall, I found myself starting from scratch and dialling in the two sides by ear, as I would any hardware fuzz/drive pedals.

It worked perfectly on both Apple Silicon and the Intel processor with minimal CPU hits on both platforms. For the minimal outlay, this new dual-drive plug-in gives users some high quality drive tones. I could easily see myself using Dozer-Drive in my DAW setup frequently. I really appreciate a simple user interface. Importantly, it does sound like the effects modelled here, albeit with a much lower noise floor than the originals.

If you need to add some classic drive pedals for your DAW, then Dozer-Drive is certainly worth a punt. The price point is very enticing and comes in at way less money than some of my patch cables for my hardware effects pedals. The plug-in was developed by Reimund Dratwa who runs Fuse Audio Labs in conjunction with Honest Amp Sim Reviews. I think they have done a really good job of capturing the characters of these two classic pedal circuits.

Don’t be put off by the super low price. This little blue plug-in has some great tones available and covers an awful lot of ground. From mild blues crunch, all the way through to extreme stoner fuzz, the Dozer-Drive has you covered. You can also download a 14-day free trial from the link below, so give it a go on your system. 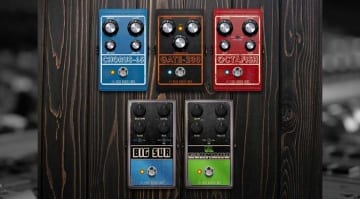