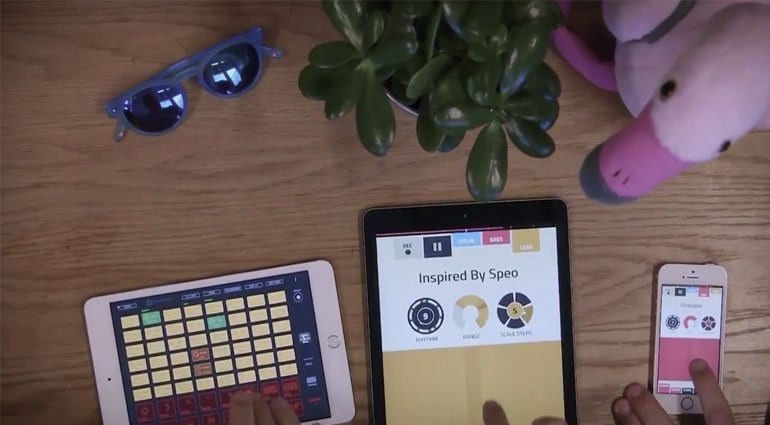 Figure is a natty music making iOS app originally by Propellerhead, now by the Allihoopa spin-off. The latest update to 2.2 released today sees the inclusion of the Ableton Link technology. This allows Figure to sync up with other music apps in the same device or sync to your mates iPhone or iPad for a bit of collaborative jamming.

So you can sync up a bunch of phones running Figure, or maybe jam along with someone messing with the Novation Launchpad app. Or you could use it as the backbeat while playing along on another synthesizer app. It really does open up the possibilities.

Along with the Ableton Link there’s also two new drum kits, one, Bern, named after a city in Switzerland, the other, Leeloo, after a Mondoshawan weapon against evil – at least that’s what it says on the release notes. They’ve tweaked the app to use less battery power when running in the background. Support for 48kHz rendering on the iPhone 6S has been added. And they’ve introduced support for remote triggers through Audiobus.

Figure was recently introduced to the Windows Store and can run on any Windows 10 tablet or phone. Of course Ableton Link is an iOS technology and so has nothing to do with Windows. However, Windows Store apps can fully support MIDI in and out and so Figure for Windows could sync up to other DAWs and devices. Sadly Allihoopa haven’t implemented the MIDI API and so Windows users are left behind. I guess Windows users don’t have friends to jam with anyway.

It’s a free app and a free update to iOS users. Here’s the iTunes link for more information.