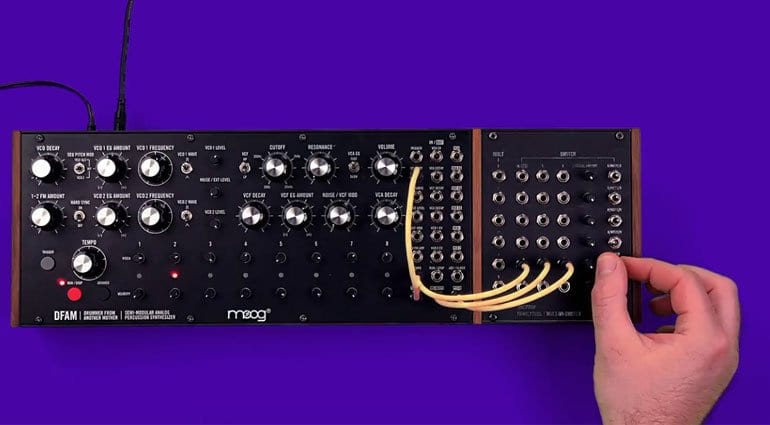 From UNCPROP Modular comes a 20hp extension for your semi-modular synthesizer. It’s designed to match the aesthetic and workflow of the Moog Mother-32 and DFAM but it can be used with anything that has Eurorack patch points. They describe it as a “Mult-Or-Switch” and it’s on Kickstarter now trying to raise €25k in preorders.

Not a particularly inspirational name, I guess it’s a reference to the Mother-32, but what exactly can it do? The video (below) demonstrates lots of possibilities but essentially it’s a mult, an attenuator and a logic mixer and it’s completely passive, so no power supply required. It has 24 patch points, 6 knobs and 6 switches.

The column of patch points on the left is a mult giving 1:4 or two lots of 1:2. The 6 switches offer A/B switching between two sources with mute in the middle. The bottom 2 act as OR logic mixers so rather than mute you get a mix of A and B. The switches and A/B routings can be particularly effective when playing live for switching between patches, or muting outputs or modulation. The knobs provide attenuation wherever you need it. 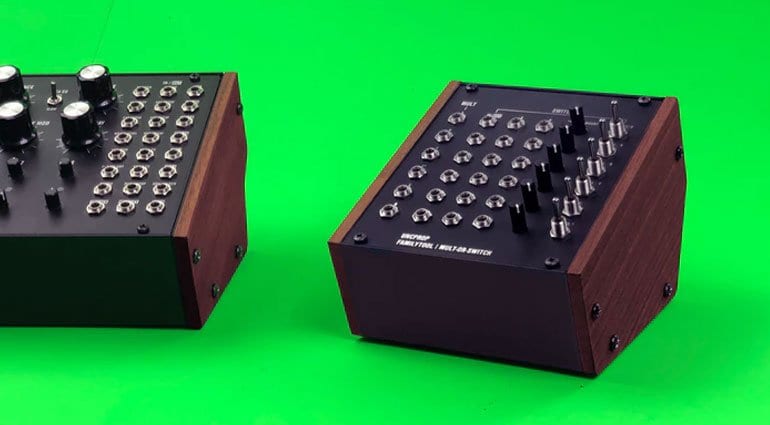 It’s a simple box that cuddles up nicely to the DFAM and Mother-32 (and so probably the Behringer Model-D and Neutron as well) and gives you a load of possibilities to explore. Extremely useful if you do not have any Eurorack to play that role.

But wait, they have a couple of stretch goals. First of all there’s some patch cables and additional side panel options that no one really cares about but if they reach €35,000 then something very interesting occurs. They put in a little power supply which turns the FamilyTool into a mini 20hp Eurorack box. You can then drop in all sorts of modular possibilities to combine with your semi-modular setup. The thing is that when watching the video the mini Eurorack case is far more exciting than what the FamilyTool is offering by itself. Don’t get me wrong, the FamilyTool is a useful module and would actually be great as a regular Eurorack module. But a little powered Eurorack case for a single or couple of modules is awesome. Maybe they should have split it into two separate products.

Anyway, the FamilyTool is great idea and brings some interesting additional functionality to your semi-modulars in a simple and passive box. But if they can get to the stretch then it becomes a whole other thing.

A FamilyTool will set you back at least €199 and they expect delivery in July 2019. 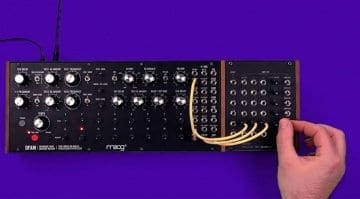 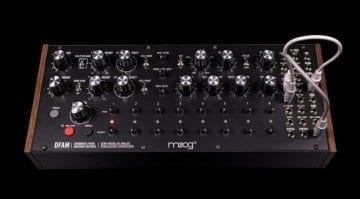