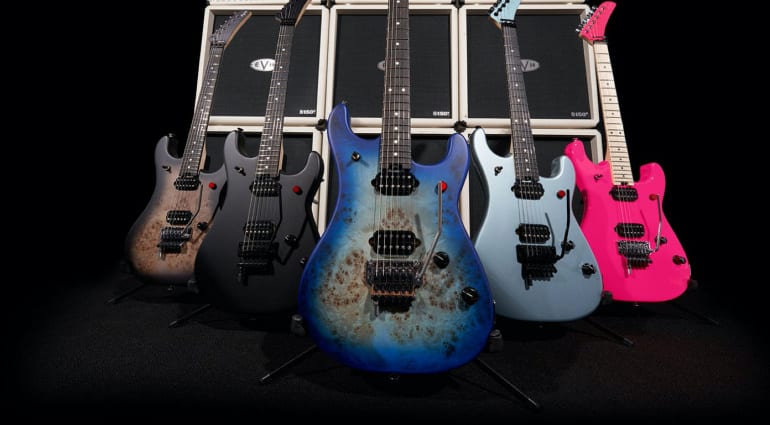 After the news of Eddie Van Halen’s passing began to sink last year, it became clear that the NAMM Show 2021 was going to be a special one for the EVH guitar line. So expectations were high – and we weren’t disappointed! The brand has added new 5150 guitars, plus two new Wolfgang models including the Wolfgang Special and the Wolfgang WG Standard. Looks like the company is determined to keep Mr Van Halen’s designs alive in 2021 and beyond. Go EVH!

The loss of Eddie was a real kick in the teeth for the whole guitar community. Thankfully his name and legacy live on in many ways, including his guitar line. Now EVH Guitars has issued a revamped 5150 model as well as a couple of new ‘Wolfies’. 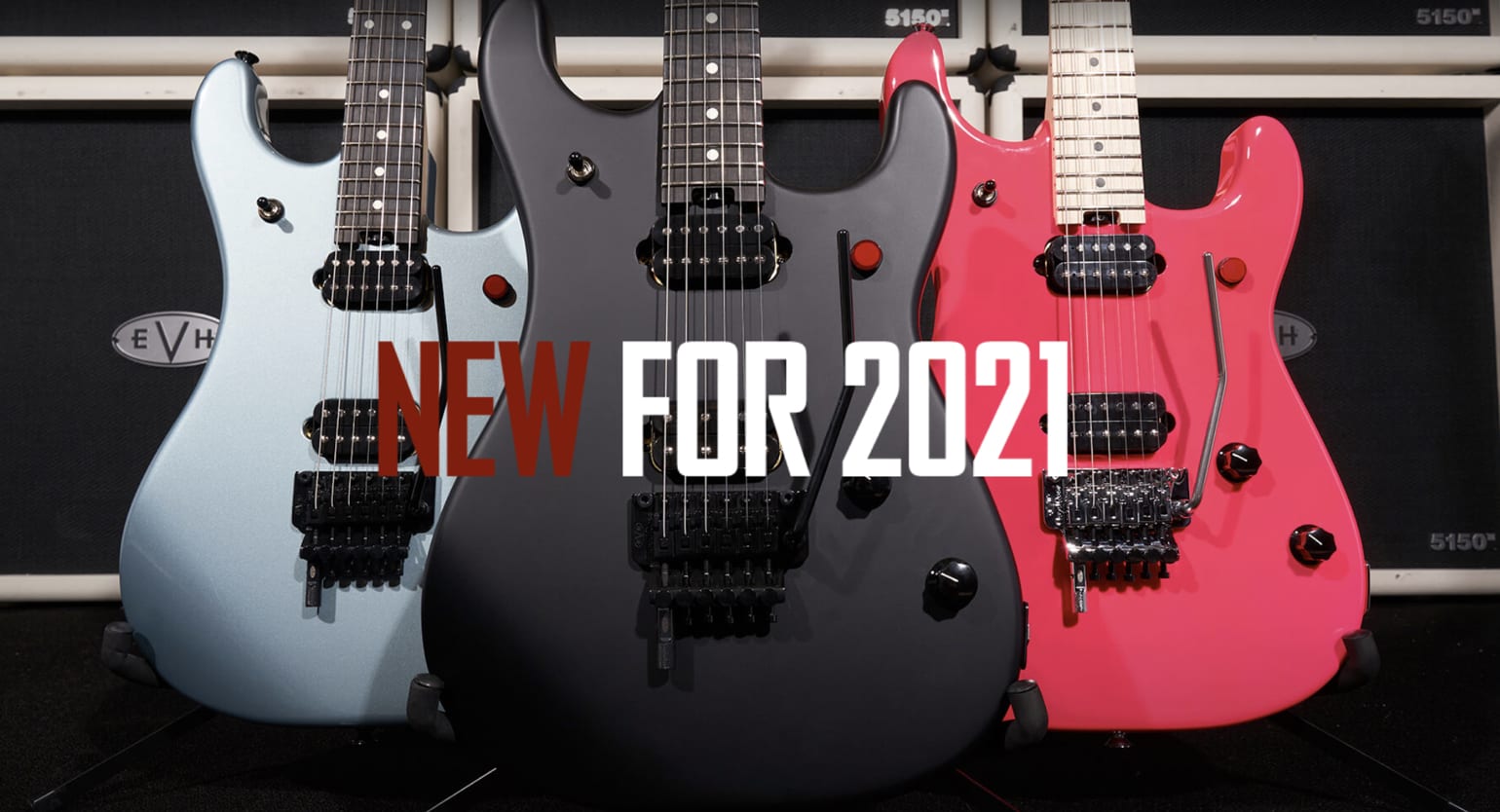 All the 5150 models have a Strat-style basswood body with deep upper body carves for better upper fret access. The bolt-on quarter-sawn maple neck was carved to Eddie’s specifications. I think it feels good in the palm and suits many playing styles. These guitars all have a 22-fret 12-16″ compound radius fretboard with a heel-mounted truss rod adjustment wheel, and a retro ’80s style hockey stick-style headstock with the small EVH decal. 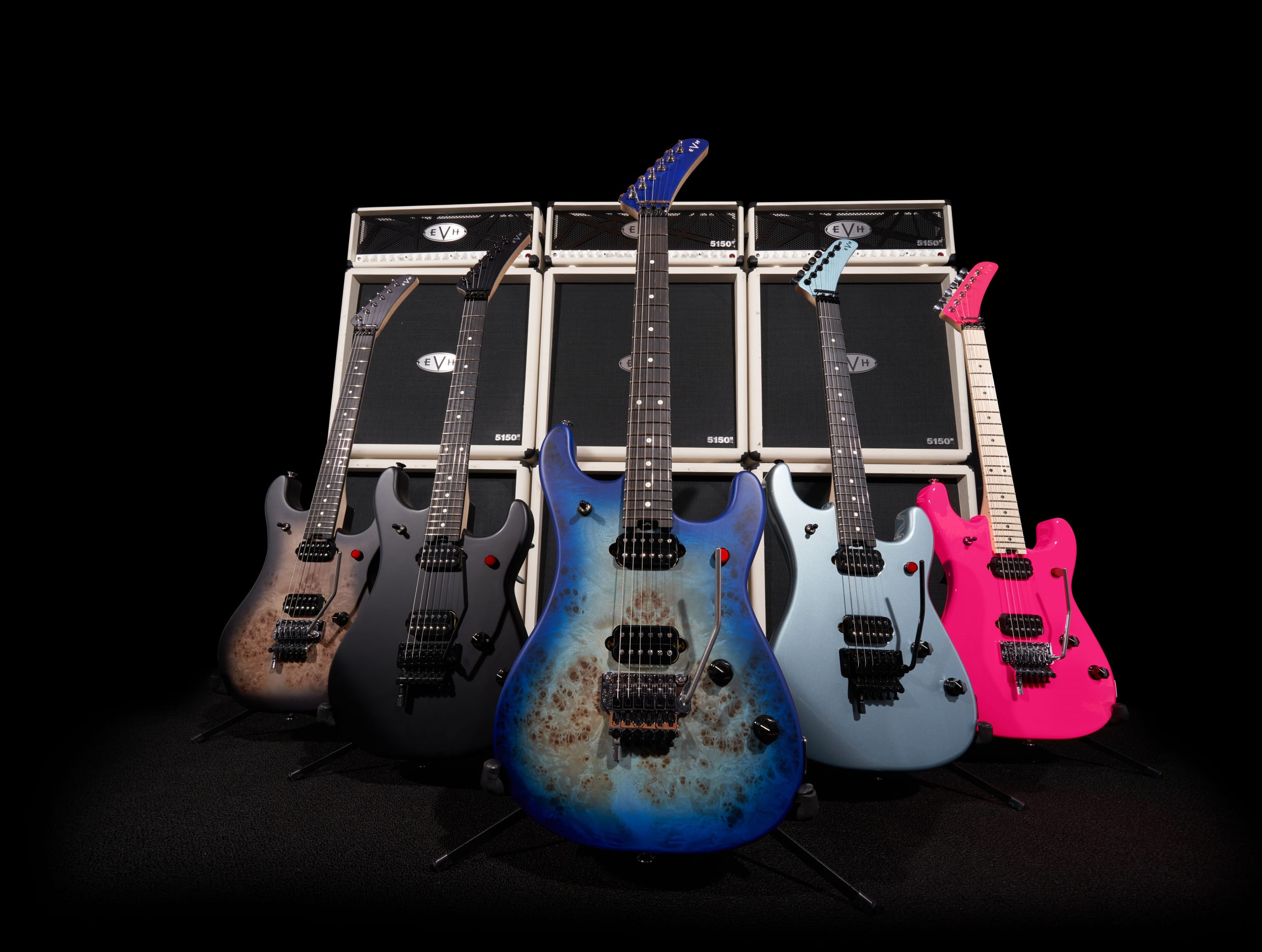 All models come with a pair of EVH Wolfgang humbuckers in the bridge and neck, with a three-way toggle switch, a single volume control with a treble bleed and tone control. I like that these models all include an arcade-style button Kill Switch on the lower bout of the body – perfect for getting percussive and pounding out some mean riffs. We also get a top-mounted EVH-branded Floyd Rose locking trem system and EVH-branded Gotoh tuners.

The new 5150 Series Deluxe Poplar Burl is finished in either Aqua Burst or Black Burst.

But that’s not all. EVH has also announced new Wolfgang Special QM models with quilted maple tops in either Charcoal Burst or Chlorine Burst finishes. These have baked maple necks and fingerboards. 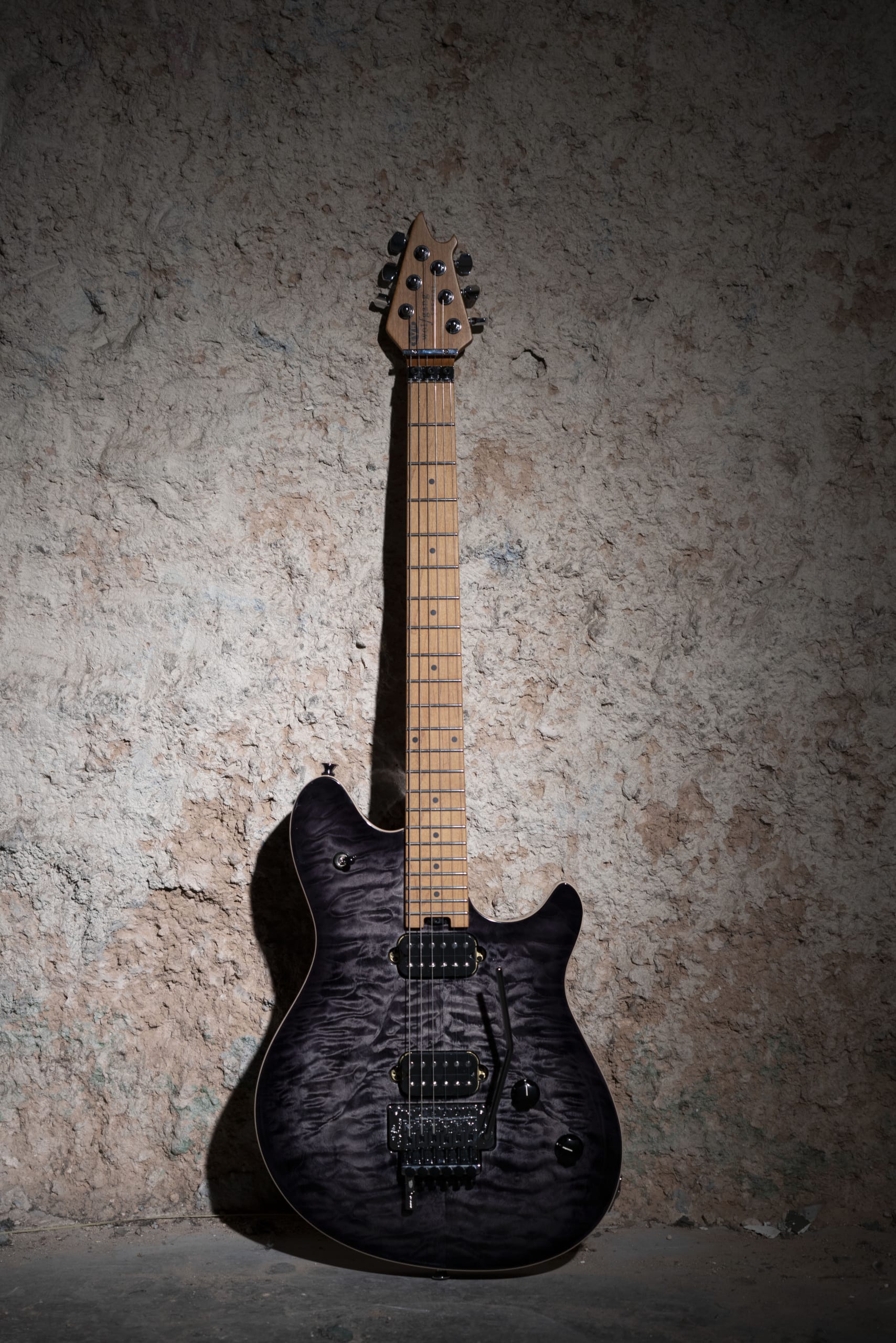 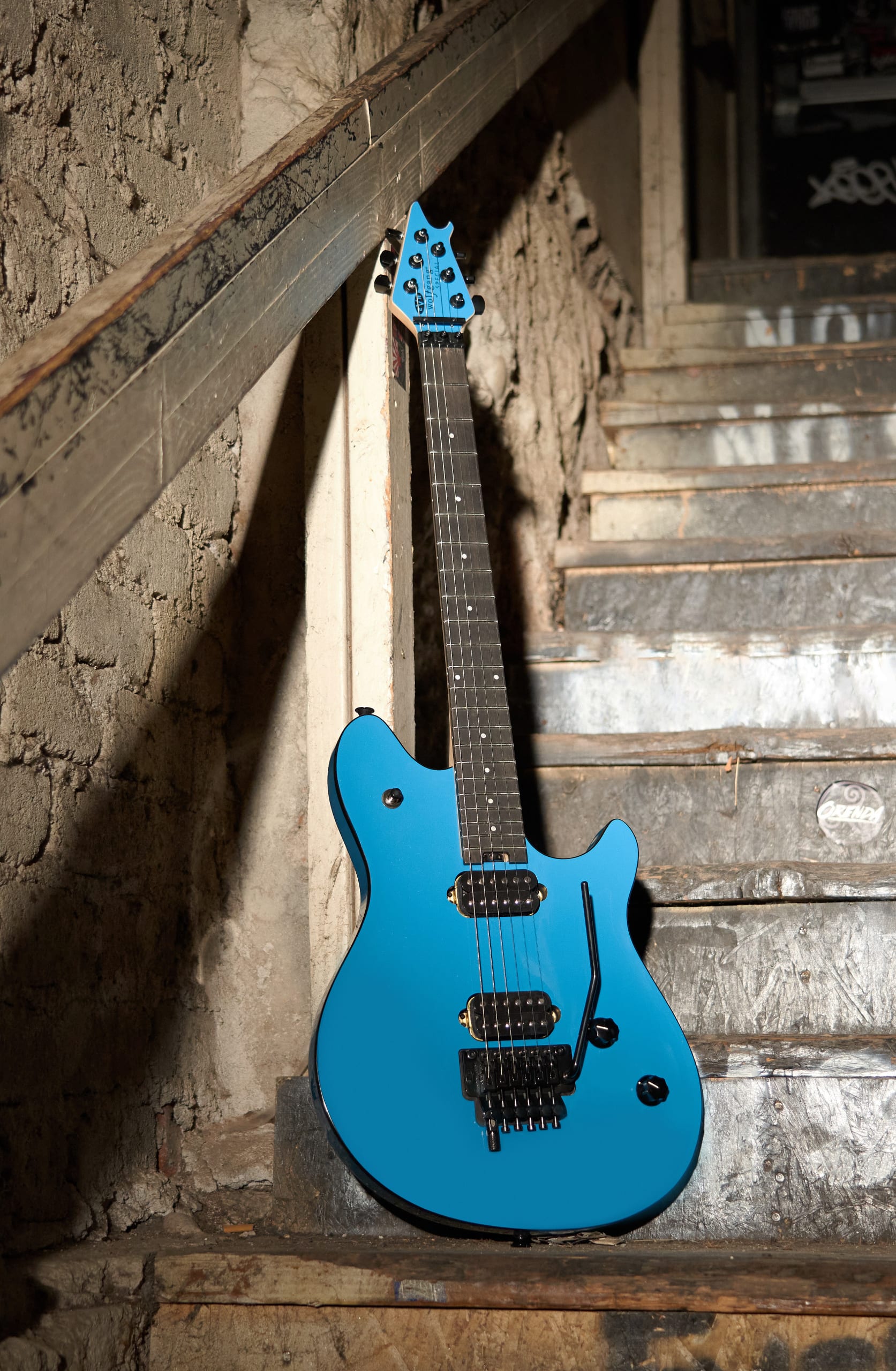 A new Wolfgang Special in Miami Blue is also new, with black body binding, a matching headstock and all black hardware. 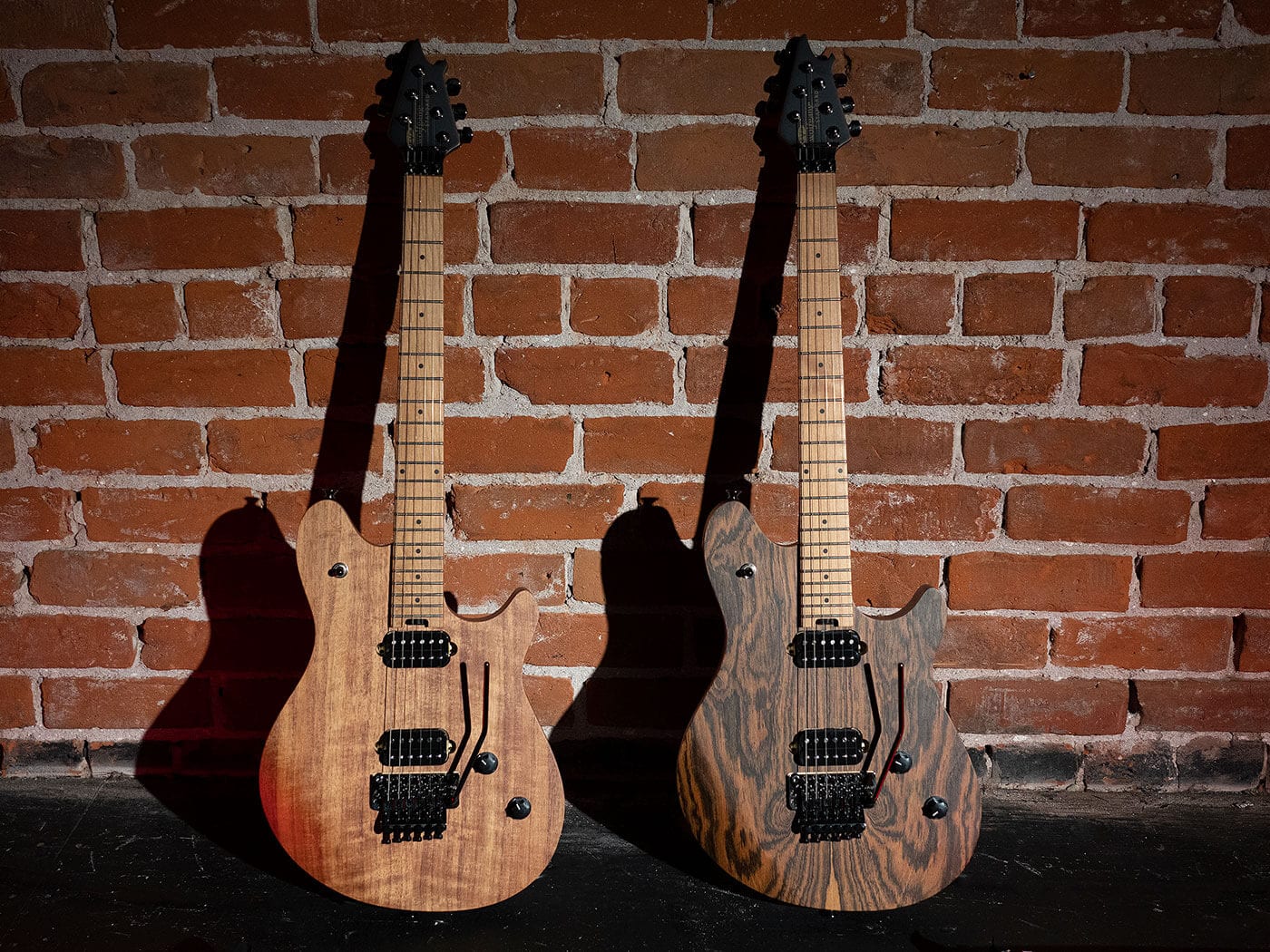 Last up is the Wolfgang WG Standard, offered in Exotic Bocote and Exotic Koa, plus the WG Standard QM in Transparent Green and Silver Sparkle. 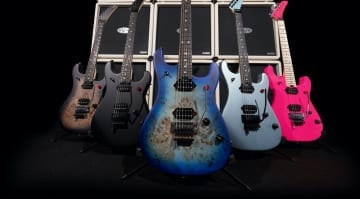 So Fender is building a Kramer now? Uh, OK.

I hope that the QC on the standards have been stepped up.My WG Exotic Standard needed a really a good looking over and tightening.The tuners were loose and wobbly and so were the neck joint screws and the high e string slips off the fret board.
I’m sure that my favorite person In the world,Mr EVH,whom I looked up to and still do,would be rather disappointed.