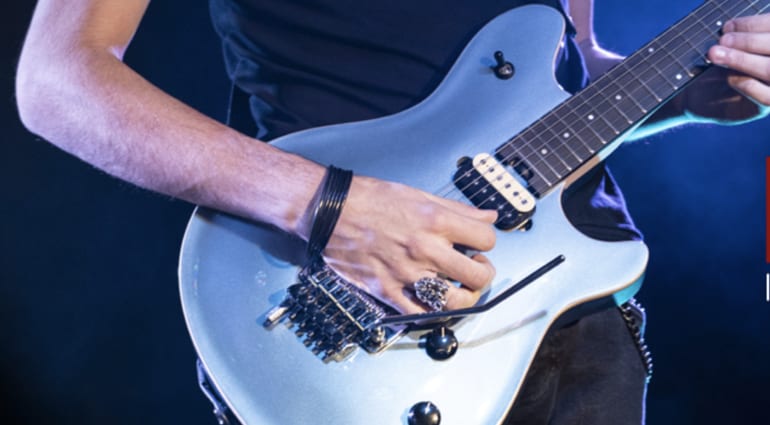 The EVH Eddie Van Halen Wolfgang models have been evolving gradually over the last few years, with new colours, wood choices and tweaks to the aesthetics. These solid rock guitars are a great starting point for many guitarists and make perfect gigging instruments that can handle a lot more than just hard rock tones.

After the announcement of the new Striped Series ‘cheaper’ Frankie earlier during this month, EVH announces a whole bunch of new ‘Wolfies’. I’m a big fan of Eddie’s Wolfgang guitars and own two myself, though mine are older Peavey versions of the design. These are great gigging guitars, with their decked Floyd Rose trem systems, and super versatile. Even Jack White has been seen rocking one!

Winter NAMM 2020 brings new additions to the EVH Wolfgang lineup, including quilt maple and exotic spalted maple versions of the model, as well as a new range of colours.

The Wolfgang WG Standard  has a ‘comfort cut’ forearm contour and a 12”-16” compound radius fingerboard with rolled edges. You get direct-mounted Wolfgang humbuckers; these can do more than just your standard high-output hard rock. Simply use the volume control to dial in a whole range of tones, just like Eddie did back in the day. 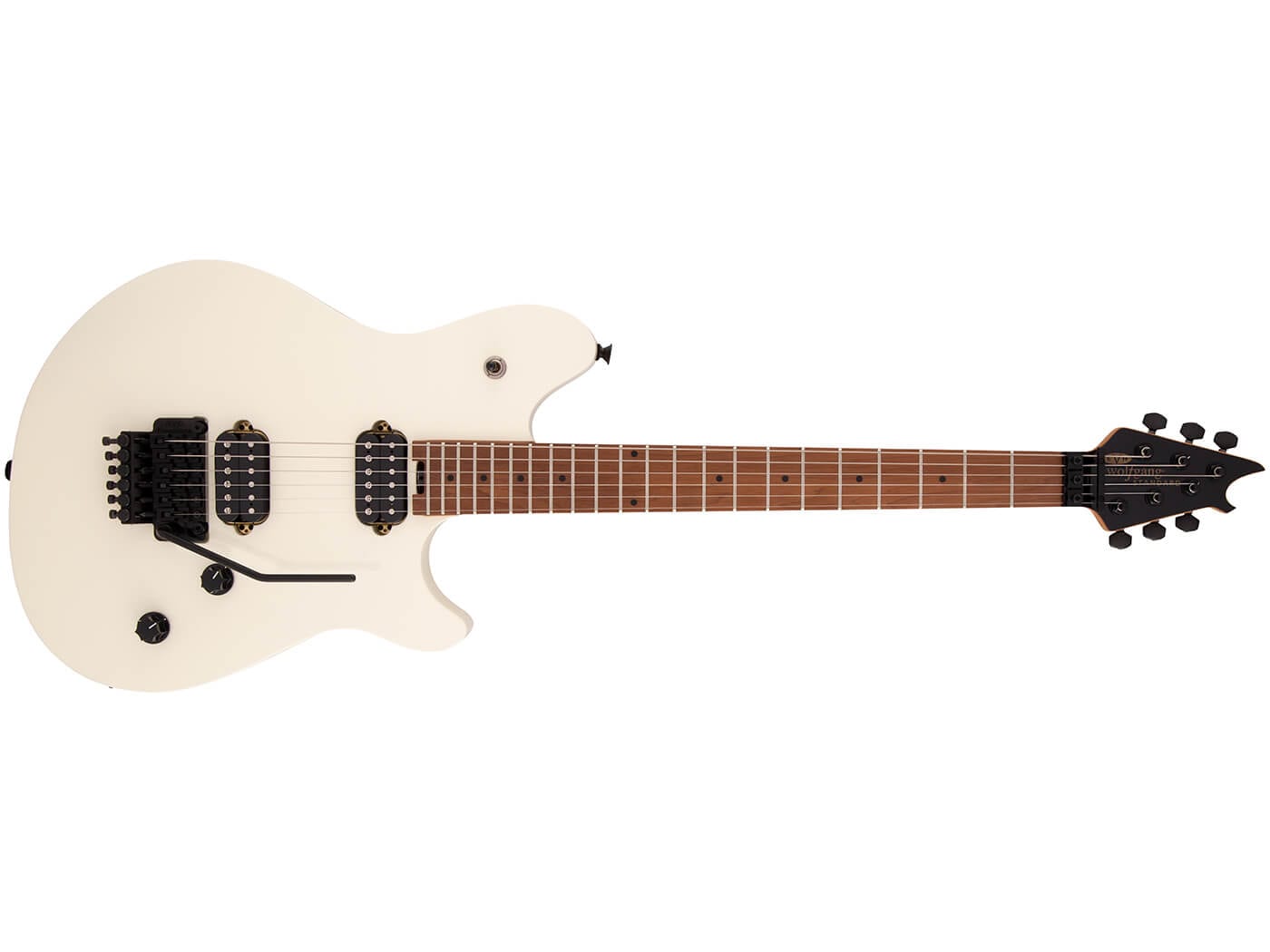 With this WG Standard you get a fancy quilt maple top on a basswood body with natural body binding. It is reminiscent of the old Peavey versions of the guitar from the ’90s. The Wolfgang WG Standard Quilt Maple is available in Black Fade, Chlorine Burst, Northern Lights, Tahiti Night and Transparent Amber. 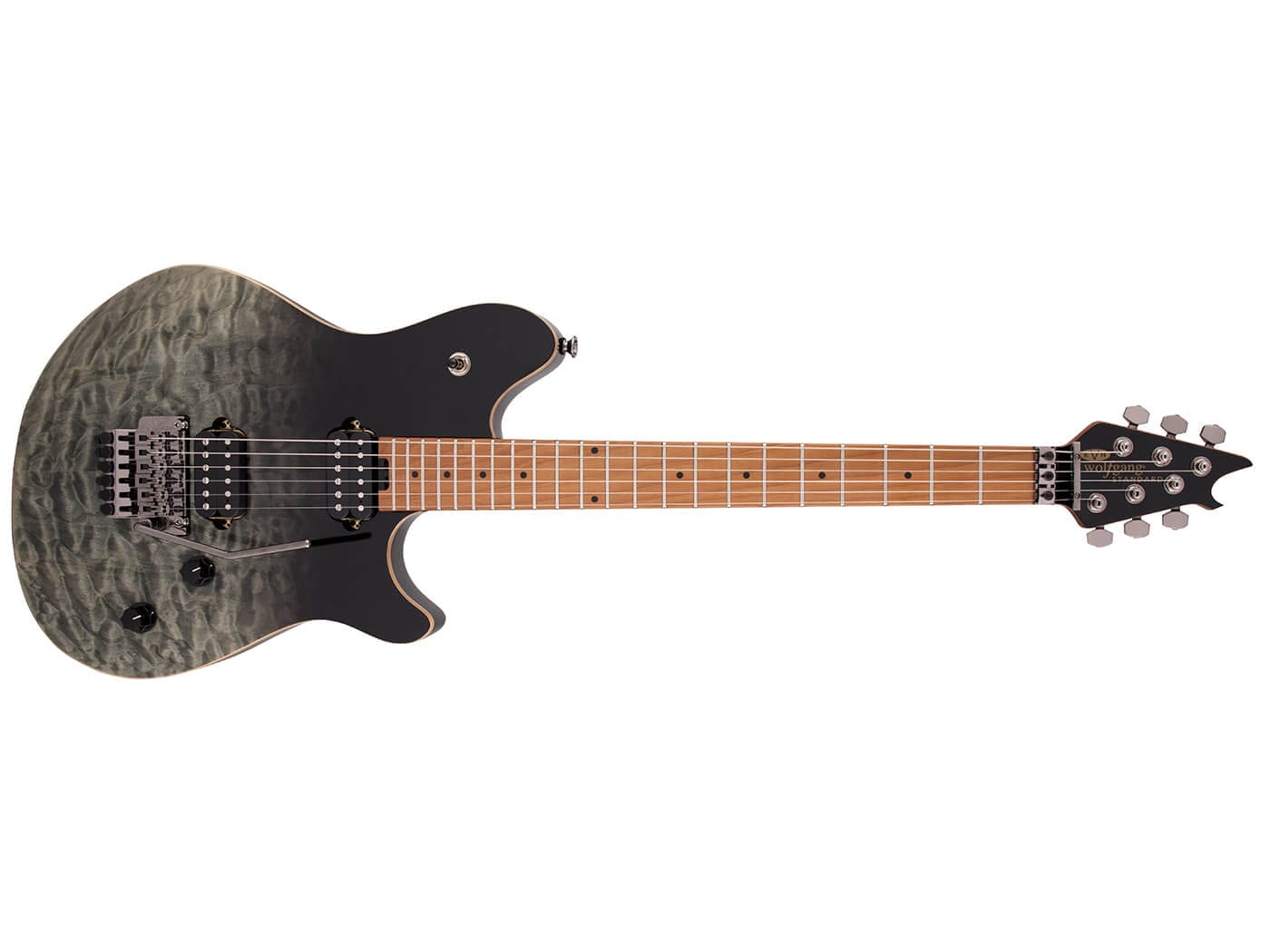 With the Wolfgang Special you get a pair of custom-designed black EVH Wolfgang Alnico 2 humbuckers mounted directly to the arched basswood top. The quarter-sawn bolt-on maple neck is reinforced with graphite and comes with an ebony fretboard and rolled edges. 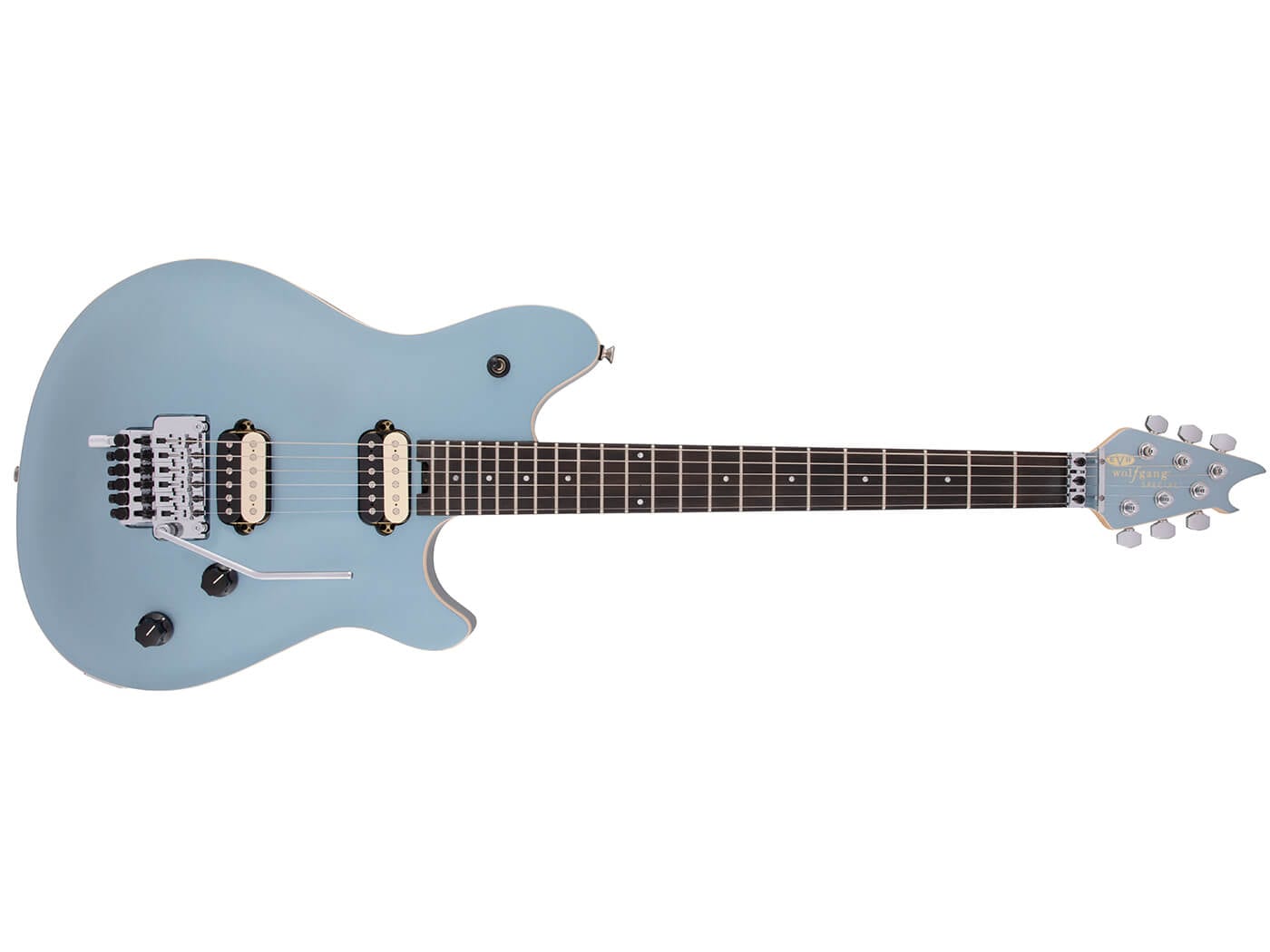 The WG Standard Exotic Spalted Maple, as the name suggests, has an exotic looking spalted maple top added to its basswood body. The guitar’s looks are accentuated by a masked-off natural body binding and an oiled finish on the back of the maple neck. If you want a fancier looking Wolfie then this could be the model for you. 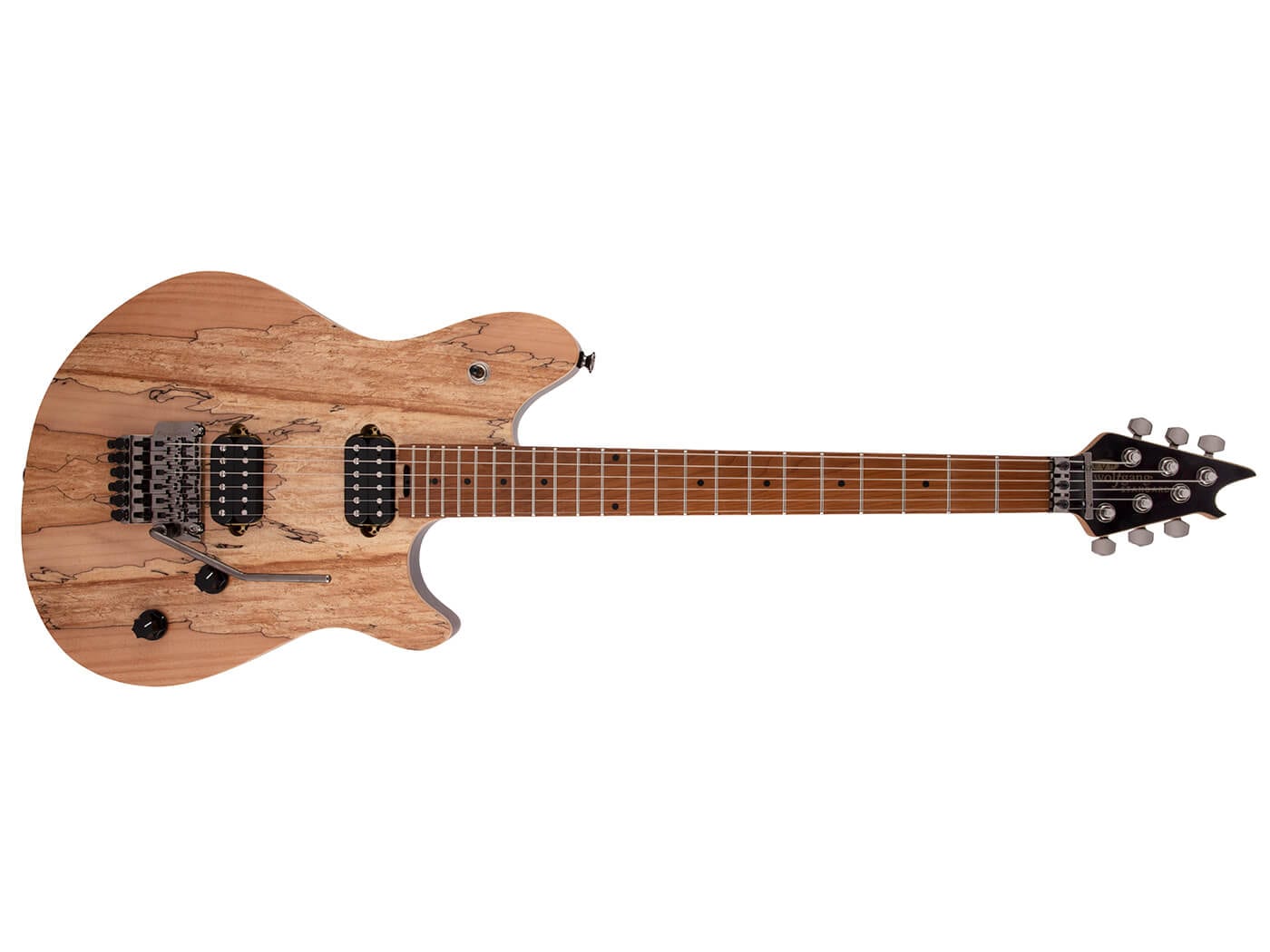