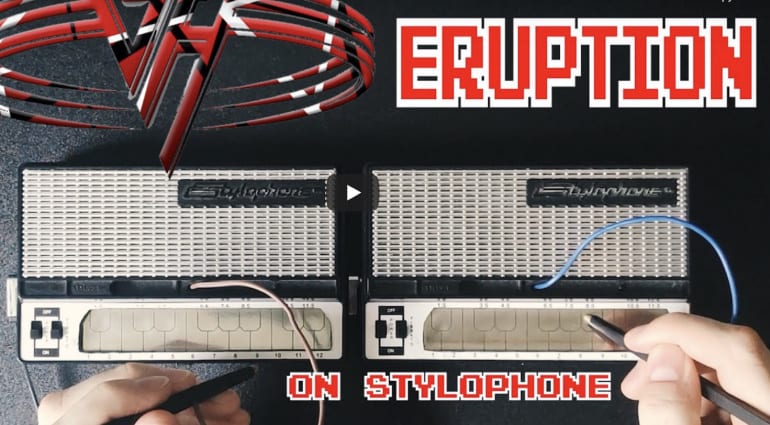 With Eddie Van Halen’s sad passing, some utterly astounding tributes have been coming in, and you can tell his music touched the world. YouTuber maromaro1337 has uploaded his own, very unique rendition of Eruption, a guitar piece that put Van Halen’s name on the map and changed the world of guitar forever. We promise you’ve never heard Eruption quite like this!

This amazing 1 min 54 seconds of video covers the epic Eruption in a way you’ve never heard before. YouTuber maromaro1337 uses two Stylophones to play the iconic guitar parts, and because the track is so strong, I think it translates to this ’70s mini synth perfectly. It’s also a testament to how unmistakable Eddie’s music was, that even on this buzzy little synth, you can immediately tell what it is. 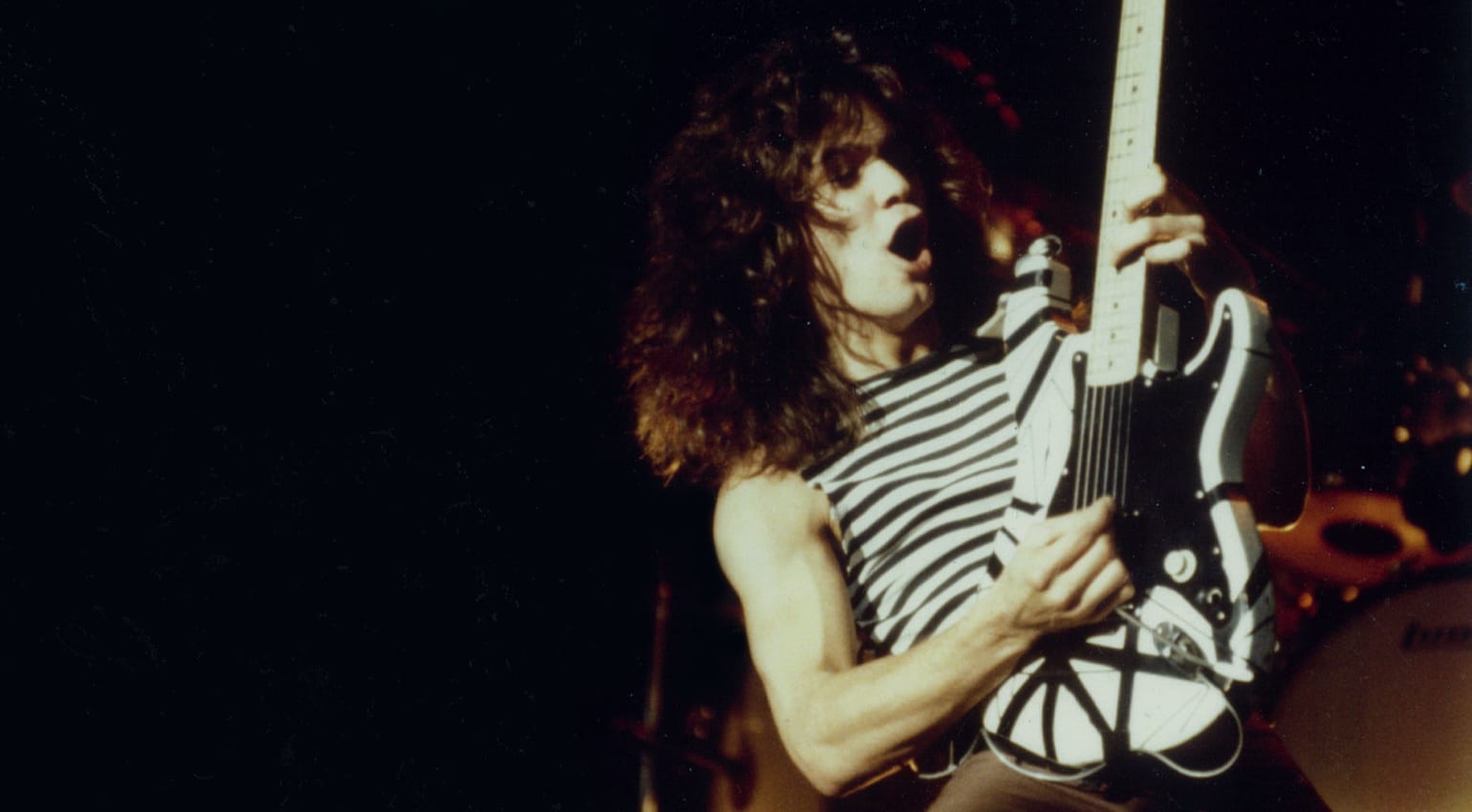 Even blindfolded with no explanation you can instantly recognise the blistering guitar of Van Halen’s epic two minute track, which Wikipedia states is “widely considered one of the greatest guitar solos of all time”. The piece is re-created note for note on these tiny little synths and I love how well this tribute has been done. maromaro1337 also wrote on his video of how Eddie had been one of his idols, and how much of a loss his absence is. I know he’s not alone his in his sentiments.

“I know that some of you may think that I’m doing a lame parody of this song or poking fun at Eddy… But no, actually I’m heartbroken because one of my guitar idols is dead.” – maromaro1337

I’m sure Eddie would be thrilled with all the amazing tributes flooding the internet. I even managed my own little tribute after the news broke and built a FrankenStrat in his honour. You can, of course, buy your own official EVH version of his famous red and white striped guitar that everyone knows. But sometimes, it’s fun to build your own. And that’s how Eddie made his. The man has certainly left an indelible mark on the world of music and guitar technology, and it is encouraging to see his legacy live on. 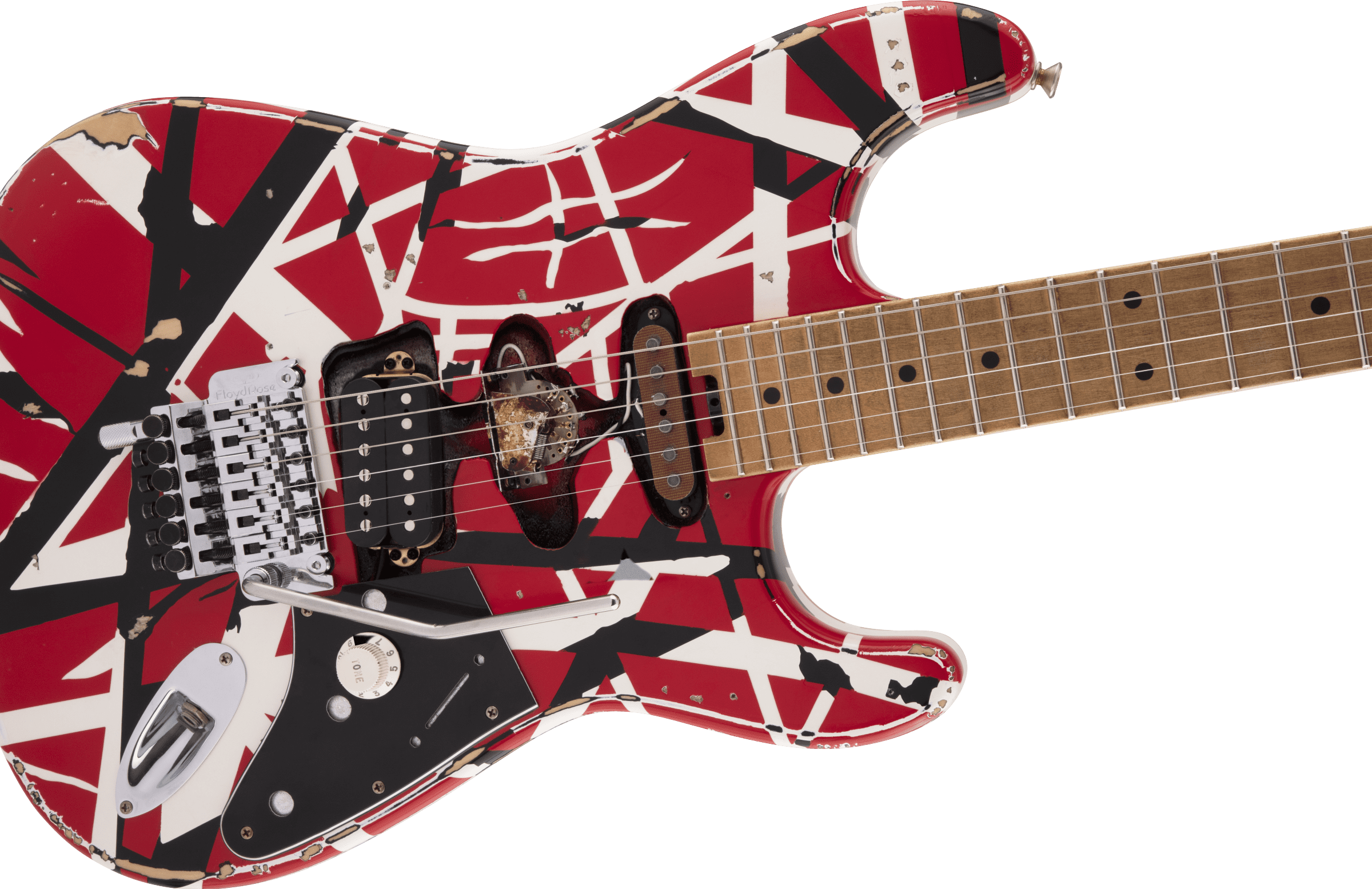 It appears that Wolfgang, Eddie’s son, will be carrying the EVH brand forward, along with Eddie’s guitar tech Matt Bruck. This is good news for fans of the Wolfgang guitars and amps, which are excellent instruments and were designed with Eddie’s input.

I would also like to take this opportunity to personally thank maromaro1337 for creating this tribute. It put a huge smile on face, not unlike the very first time I heard Eruption. If you think you can do it any justice yourself, I’ve put a link for the Stylophone below. Give it a try. 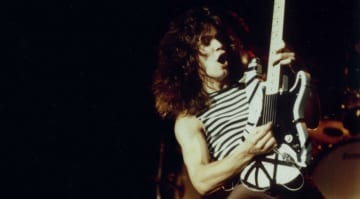