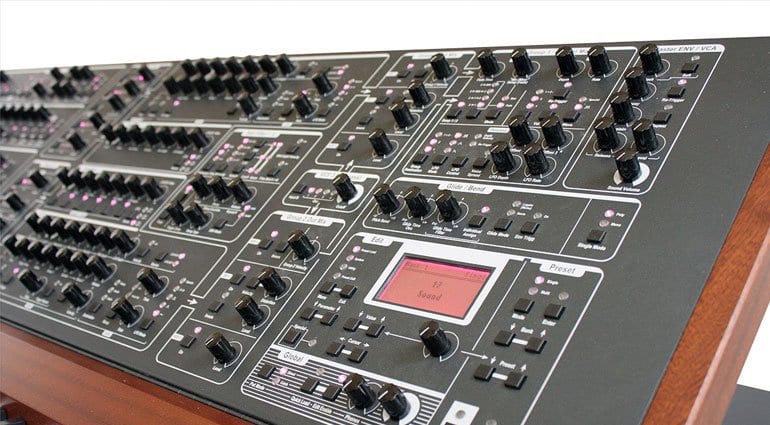 The makers of the Schmidt Eightvoice Analog Synthesizer have announced that they are taking orders for the next manufacturing run. Built in batches of 25 this will be the third lot to come off the hand-crafted production line since its debut in 2011.

Designed by Stefan Schmidt as a one-off sound designers dream it garnered enough interest to come up with an initial batch of 25. After a slow start the second run sold out in 18 months, and they actually built 27 to fulfil demand. None of them expected to be making any more but it would be madness to turn away customers at this sort of level. And so they are taking orders from anyone wanting to join the exclusive Schmidt Eightvoice Analog Synthesizer club.

Axel Fischer, Schmidt Synthesizer product manager put it like this:

Last year we assumed that the second batch would also be the last. The Schmidt Eightvoice Analog Synthesizer’s sound engine electronics are mainly of ‘old school’ stock, with through-hole mounting technology, and pricing for those components have been rising steadily for years. Yet since the second batch of 25 units — ultimately, we ordered some extra components, so there were actually 27 — sold out within 14 months, those component prices are acceptable. So since the Schmidt Eightvoice Analog Synthesizer still enjoys serious support, we’re happy to announce that additional units of this wonderful instrument will be available in 2018. At the moment, we’re still finishing fulfilling orders for the second batch, but orders for the third batch can be placed as of now.

Difficult to say exactly. They use words such as “uncompromising”, “unique”, “perfection”, “thoroughbred”. The basic specification is that it’s an 8-voice polyphonic synthesizer with unison and multitimbral modes. It has full MIDI implementation and USB – not exactly selling it at this point. I think the idea is to build in absolutely everything to do with subtractive synthesis, and to do it multiple times, for each voice. Every parameter has complex modulation routings to and from everywhere else, all laid out on the impressive front panel. Multiple modifiers are available for performance at all times, whether by keys, buttons, knobs, foot switch or expression pedals. There are 4 oscillators with ridiculous levels of sonic fidelity, countless modulation routings and multiple PWM and ring modulation. There are two parallel signal paths with complex filter sections for every sound. And lots, lots more.

Honestly, talking about the spec doesn’t really do it for me. It’s the sort of machine that needs to be experienced. There’s no way I would know what at €20k synth is supposed to sound like. The demo’s sound like cheesy synth sounds to me, so I’m probably too stupid to appreciate this level of quality. But looking at the front panel and physicality of the instrument, that gives the best hint at the power inside the machine.

Anyway, if you want one then you’d best get your cheque book out and head over to the website. 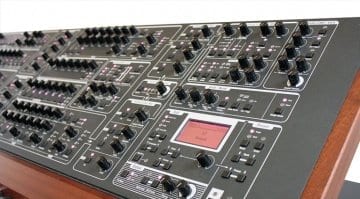 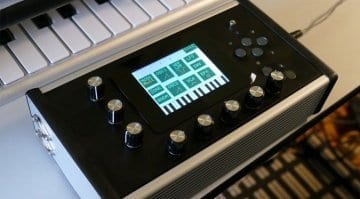 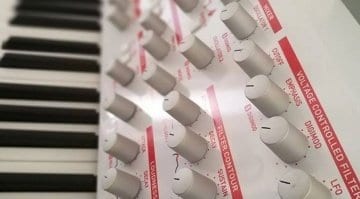 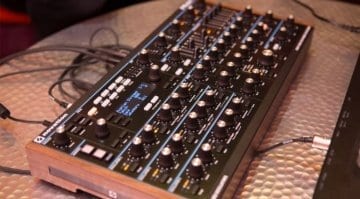 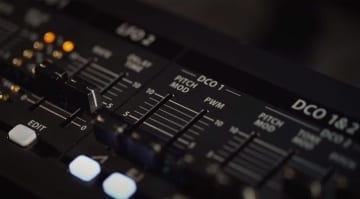